TOP 10 Busiest Container Ports in the US 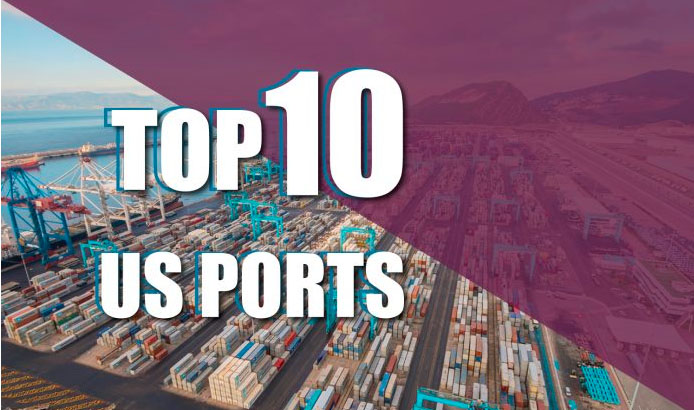 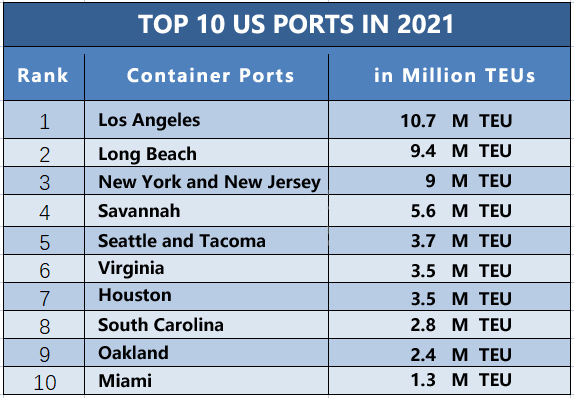 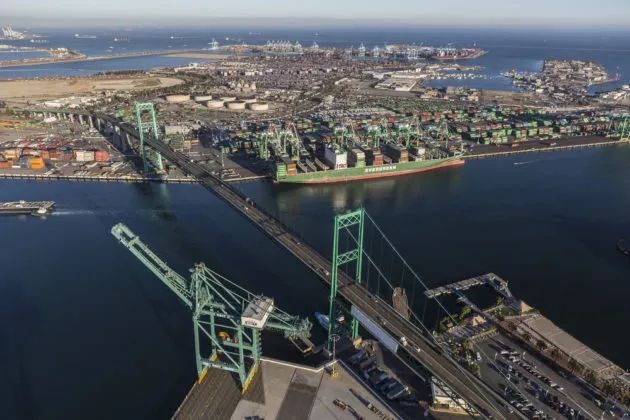 The Port of Los Angeles has been the busiest port in the United States for the past 21 years, and in 2021 it broke the record for container throughput handling approximately 10.7 million TEUs per year. 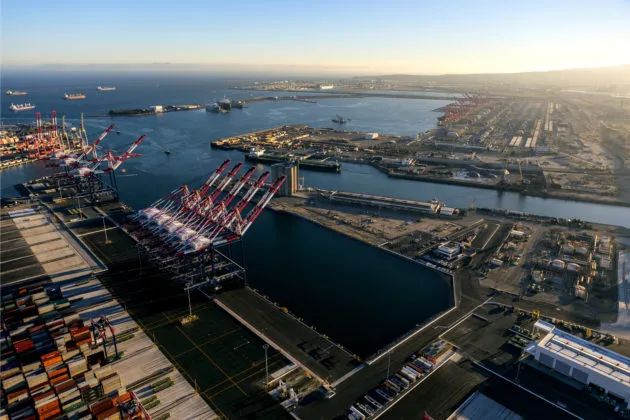 As the second busiest container seaport in the United States, POLB handles $200 billion in annual cargo trade, serves 175 shipping lines and is connected to 217 seaports worldwide. 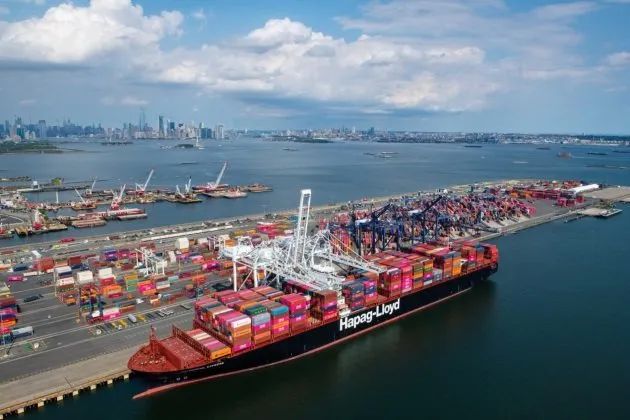 The Port of New York and New Jersey is the largest port on the U.S. East Coast and the third busiest in the U.S., with a capacity of 8,985,929 TEUs at its six container terminals in 2021.

The port provides more than 70 percent of the world's first port of call for all major ocean carriers and global alliances and consists of approximately 386 kilometers of shipping lanes, anchorages and port facilities. Read more: Port of New York and New Jersey - Largest East Coast Ports

The Port of Savannah's 2021 throughput of 5.6 million TEUs represents a 20 percent year-over-year increase and a new all-time high for the port. 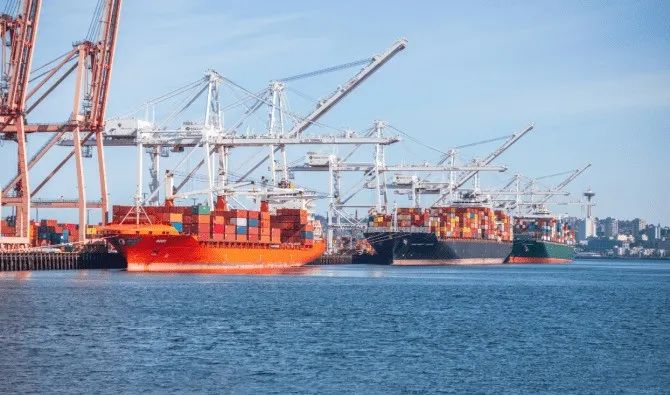 The Northwest Seaport Alliance (NWSA) was formed in 2015 by the merger of Seattle and Tacoma, the largest ports in Washington State. The ports of Seattle and Tacoma are partners in the alliance's seaborne cargo operations, with throughput reaching 3,736,206 TEUs in 2021.

NWSA notes that imports will grow 16.8 percent and exports will decline 12.5 percent in 2022, primarily due to strong consumer demand driving imports, while exports are impacted by equipment and space shortages. Read more: Northwest Seaport Alliance | Port of Tacoma/Port of Seattle 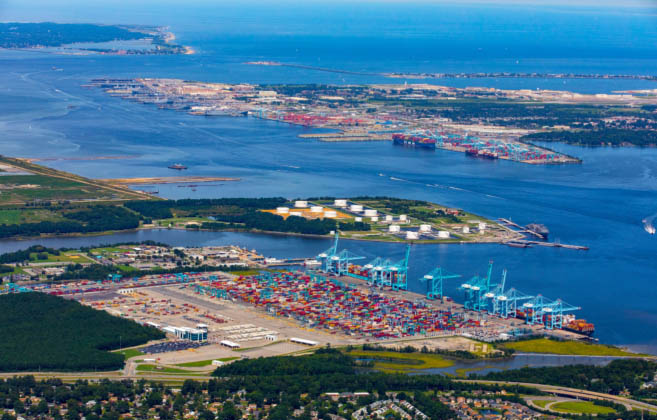 The Port of Virginia has recorded its highest year on record with 35,228,34 TEUs of throughput in 2021 and surpassed Houston to become the sixth busiest container port in the United States.

The port said it will invest $1.5 billion in infrastructure between 2015 and 2025, creating a network of six terminals for operations that can handle any type of cargo. 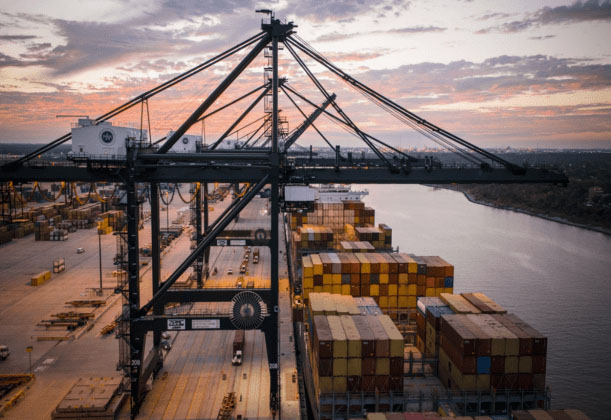 The Port of Houston dropped one spot to seventh place, despite reaching a record volume of nearly 3.5 million TEUs for the full year 2021.

The largest port in Texas includes two container terminals and is the largest petrochemical producer in the United States, with oil and petroleum products leading the commodities trade. Read more: Port of Houston - Largest Port on the Gulf Coast 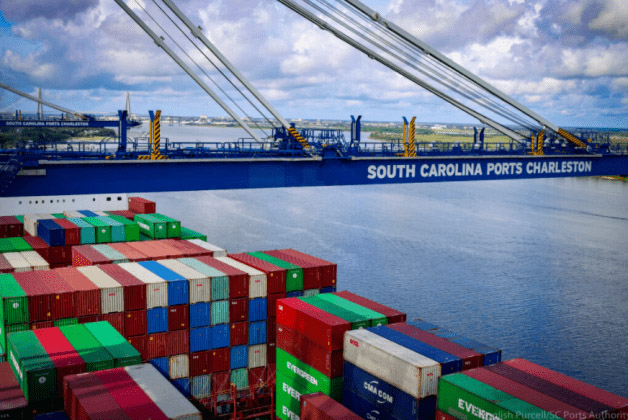 South Carolina Ports Authority including the Port of Charleston and four other major marine terminals, the Port of South Carolina (SC Ports) has 27,514,42 TEUs of capacity in 2021, climbing to the 8th busiest port in the United States.

SC Ports owns and operates the Ports of Charleston, Georgetown, Greer Inland Port and Dillon Inland Port. The company says it has invested more than $2 billion in port infrastructure in recent years to enhance its global competitiveness. Read more: Port of Charleston - Shipping Ports in USA 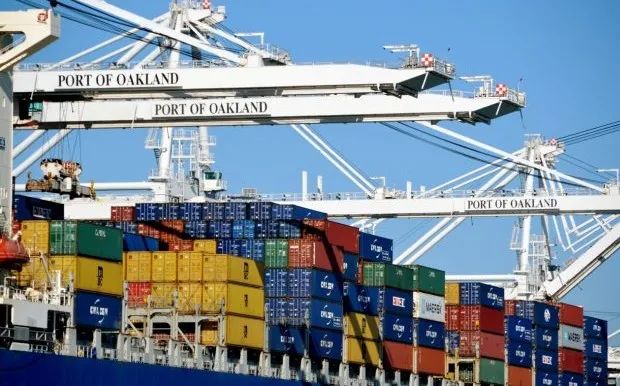 The Port of Oakland, located on the eastern shore of San Francisco Bay, is the ninth busiest container port in the U.S., with 2,448,243 TEUs of throughput in 2021. The port's container throughput remains stable compared to 2020 figures, but the Oakland seaport loses ground to the increase in SC Ports' cargo volumes.

The Port of Oakland is one of the four largest Pacific Coast container cargo ports after the aforementioned ports of Los Angeles, Long Beach, Seattle and Tacoma (NWSA). 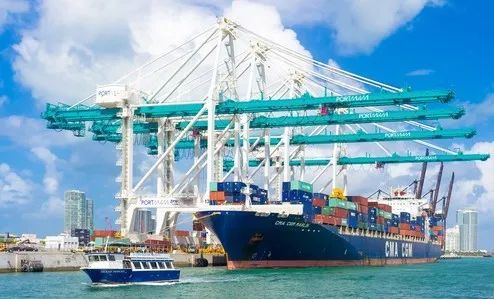 The Port of Miami ranks as the 10th busiest container port in the U.S., with a capacity of 1,254,062 TEUs in 2021. The Port of Miami says it contributes more than $43 billion annually to the local economy of Miami-Dade County and provides more than 334,500 jobs in Florida.

The port is located along a key north-south and east-west trade route and serves ocean carriers by connecting global markets to U.S. consumers and producers.