Port of Houston - Largest Port on the Gulf Coast

Port of Houston - Largest Port on the Gulf Coast

The Port of Houston is the largest port on the Gulf Coast, the largest port in Texas, and the only port in Houston. The Port of Houston has always ranked first in the United States in terms of foreign trade water transportation throughput, and it is the second busiest port in the U.S. by total tons. It is also an important breakbulk port in the United States, responsible for 41% of the project logistics of ports on the Gulf Coast.

Because of its central location on the Gulf Coast, Houston is a key gateway for goods to and from the American West and Midwest. The Port of Houston plays an important role in the development of Houston as an international trade center. 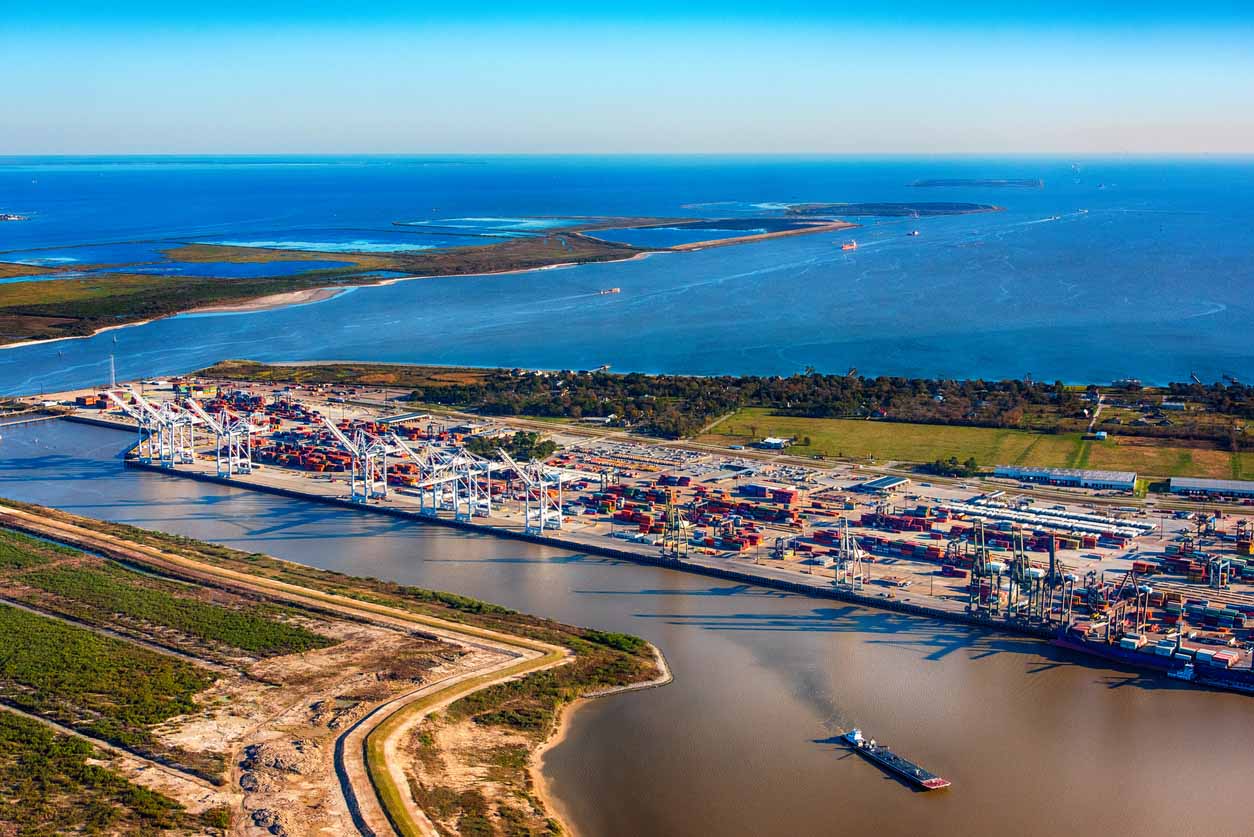 Originally the port's terminals were located primarily within the Houston city limits, and the port has since expanded to the point where it today has facilities in multiple communities in the surrounding area.

Houston is near one of the nation's largest population centers, with 142 million consumers within 1,000 miles (1,609 kilometers). There is the largest petrochemical industrial area in the United States and the second largest in the world, worth billions of dollars. Abundant road, rail and air transport conditions allow (water) shippers to move cargo conveniently and affordably between Houston and the interior. The waterway also intersects the Gulf Intracoastal Waterway, a very busy barge shipping line, with shipping services on major trade lines connecting Houston to international markets around the world.

Each year, more than 8,200 ships and 223,000 barges carry more than 241 million tons of cargo through the Port of Greater Houston.

The Port of Houston has facilities in multiple communities in the surrounding area and is a co-operative whole, including the Port Authority, which operates major terminals along the Houston Ship Channel, and more than 150 facilities along the Buffalo River and Galveston Bay. Public and private industrial terminals (main public terminals include Turning Basin, Barbours Cut and Bayport, and private terminals include ExxonMobil Baytown Complex and Deer Park Complex), extending for 25 miles, all accessible by rail. Distributed along the Houston Ship Channel. There are more than 50 general cargo berths in Hong Kong, of which about 40 are owned by the Port Authority.

The Port of Houston is currently the largest export port of oil and wheat in the United States. The port has 5 grain export terminals and a total capacity of 800,000 tons of grain silos. It is the second grain export port in the United States. There are 7 ore terminals and advanced facilities. The oil terminal occupies the first place in the port, with more than 70 oil supply and crude oil berths distributed along the canal. It is one of the few million-ton ports in the world. 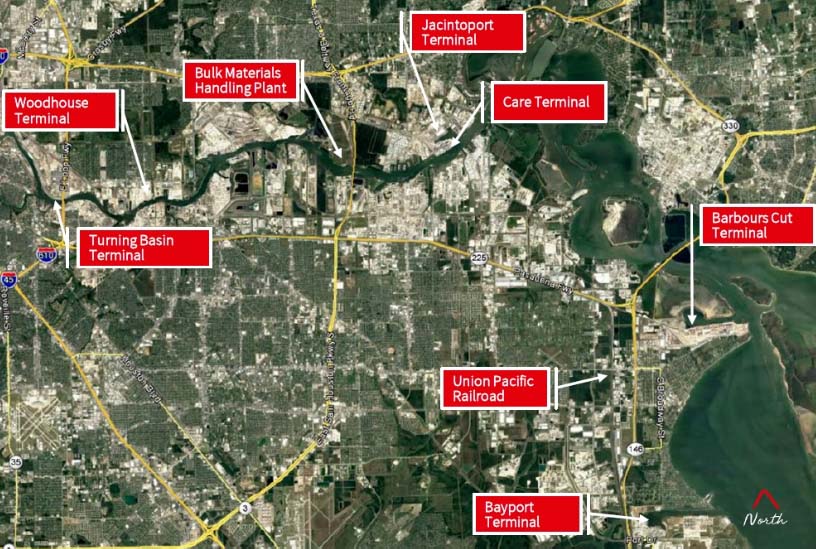 Barbours Cut Terminal - The Busiest Terminal in the Port of Houston

It is located between La Port and Morgan's Point, Texas, near the Battleground Industrial Area, the main industrial area in the La Port area.

Barbours Cut Termina has rail facilities near the terminal with intermodal rail ramps to the terminal warehouse nearby. There are four working tracks approximately 2700 feet long, five storage tracks 2250 feet long, and space for 730 wheeled containers.

When fully developed, Bayport will have seven berths capable of handling 2.3 million TEUs, including a 376-acre container yard and a 123-acre intermodal facility.

Bayport Container Terminal is equipped with a computerized inventory control system that tracks individual containers. Access for trucks to and from the terminal gate is continuous, with two dedicated flyover ramps connecting Texas 146 and Harbor Road.

Major Shipping Lines Called at the Port of Houston

COSCON: Calls at Barours Cut, one of the main container handling terminals in the Gulf of Mexico, about 27 miles from downtown Houston. The terminal has six berths and 255,000 square feet of storage space.

CMA / MSC: Docked at Bayport, the most modern and environmentally friendly container terminal on the Gulf Coast, it can handle any type of cargo, from bulk to heavy, with a control system that tracks individual containers for fast and efficient loading.

◈ Note: There are operational problems in this warehouse, and a large amount of inventory is likely to be backlogged and the shelves are slow. 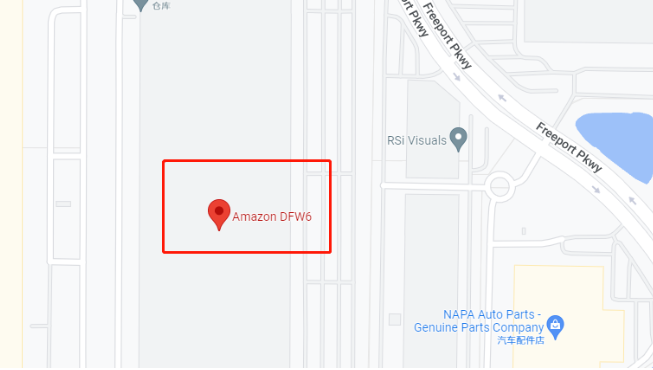 ◈ Note: The unloading speed is fast, it is not easy to make an appointment, the warehouse is easy to burst, and the goods are easy to lose. 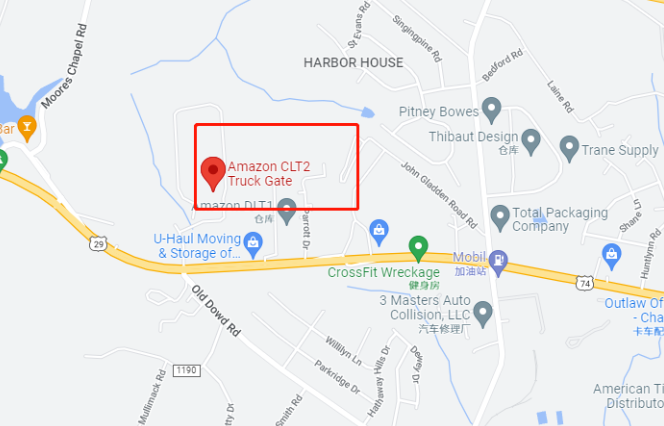 As the largest port on the Gulf Coast and the largest port in Texas, the Port of Houston has always played an important role in the development of international trade in the city of Houston, serving as a strategic gateway for cargoes from the western and midwestern United States.

The Port of Houston is an ideal location to ship goods to the West Coast and Midwest of the United States, especially since the city has strong links to the national interstate highway, rail network and many airlines. Ample truck, rail and air connections enable shippers to economically move their cargo between the Port of Houston and inland points.