Walmart cancels Billions in Orders due to Excess Inventory

Walmart cancels Billions in Orders due to Excess Inventory

The report shows that operating income in the second quarter was $6.9 billion, down 6.8% from the same period last year;

Walmart said it has canceled billions of dollars in orders while reducing some products that are not favored by consumers in order to bring inventory levels in line with projected demand levels. 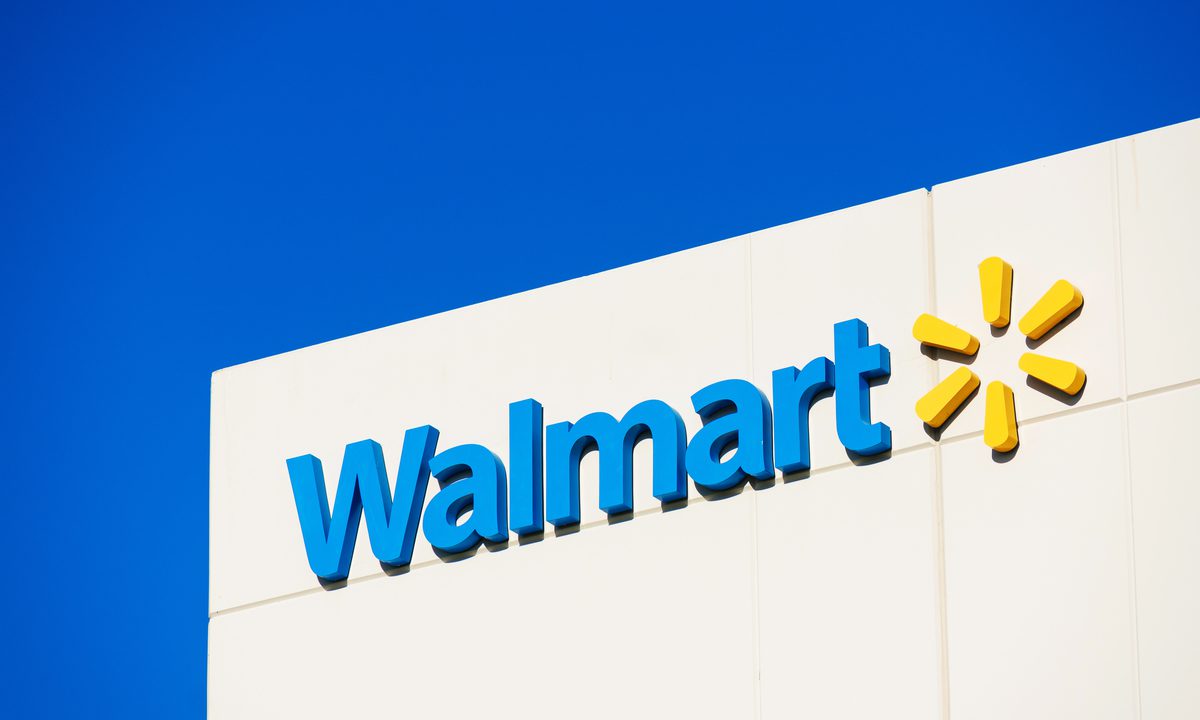 The largest U.S. retailer (NYSE: WMT) said that its U.S. division reported that Its inventory levels in the second quarter of fiscal 2023 (April 31-July 31, 2022) increased by 26% compared to the same period in fiscal 2022, and increased by 750 basis points from the first quarter of fiscal 2023. Rapidly rising costs and inventories of high-end items that consumers ignored due to high inflation caught Walmart off guard. 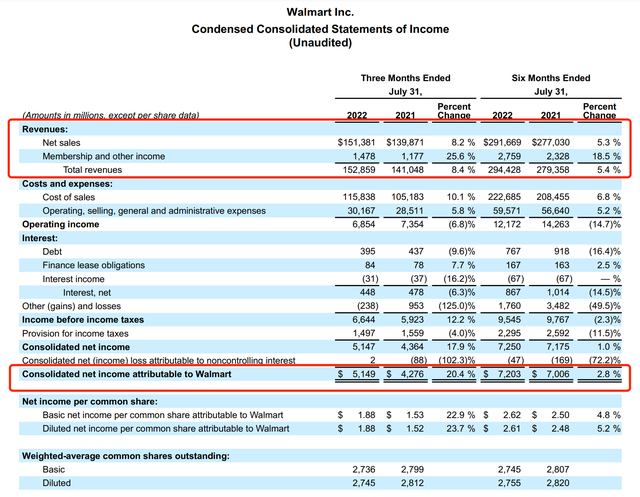 Walmart executives said the company has cleared most of its summer seasonal inventory ahead of the school season, which has begun in much of the South, and the upcoming holidays. The company is making progress in adjusting the size of its inventory, but it will take at least a few quarters to clear the imbalance in its network, executives said.

It is reported that in the Q2 quarter, Walmart’s inventory level in the United States increased by 25.6% compared with the same period last year; 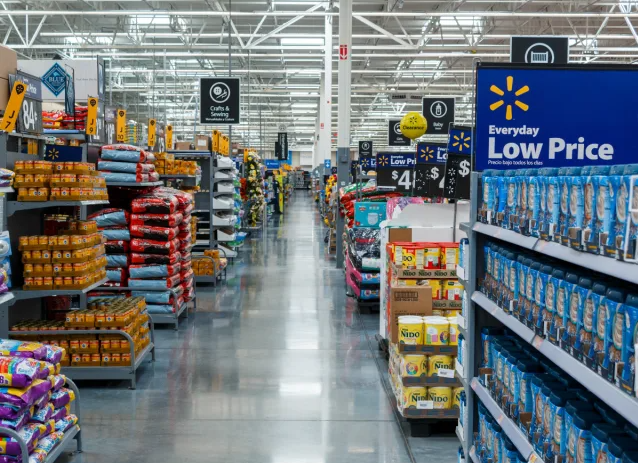 Like other retailers in the U.S., affected by inflation and supply chain delays, Walmart is also struggling with inventory, with inventory levels higher than in the past. The reason for this is that Walmart said that the delayed orders in the first and second quarters of this year only arrived recently, increasing the existing orders in this quarter. On top of that, there has been a sharp shift in consumer spending, leaving the company with overspending in categories like apparel.

Those conditions will improve in the second half of the year, Walmart U.S. CEO and President John Furner said. As for the overstock issue, it will probably take a few more quarters to resolve. He also added that at the moment, it is extremely urgent to solve the excess clothing. Because some of these items are seasonal, as the third quarter begins, those items become less relevant to consumers, and with it, fewer orders. This means that if Walmart does not dispose of such inventory in a timely manner, its sales revenue will be further affected.

Walmart Chief Financial Officer John David Rainey said 40% of the $11 billion in high inventory reflected higher costs of goods due to inflation, and he said about $1.5 billion of that was an amount Walmart wanted to make it disappear.

Rainey said on the earnings call that Walmart is selling excess merchandise by cutting prices and "cancelling billions of dollars in orders to help align inventory levels with anticipated demand." About 15% of the company's inventory growth is higher than it expected, he estimates.

Walmart's seasonally adjusted inventory turnover days fell to 44 days in the second quarter from 46 days in the previous quarter, according to Michigan State University data.

Walmart's gross margins have been hit by its actions, said Jason Miller, an associate professor of logistics at the university's Eli Broad School of Business.

Walmart's gross margin decline isn't as severe as rival Target Corp. (NYSE: TGT), but Target, which faces the same inventory challenges as Walmart, has been reducing inventory as quickly as possible, he said.

According to Miller, Walmart's seasonally adjusted product arrivals (not adjusted for inflation) were only up 0.1% in Q2 compared to Q1;

"That's what reduces inventory," Miller said in an email.

In response to changes in consumer shopping behavior, Walmart has taken layoffs and restructuring measures to adjust its business structure. It is reported that in early August, about 200 jobs were cut at Walmart, involving various departments including sales, global technology and real estate teams.

A Walmart spokesman said some positions were eliminated as the company restructured, but the company was further investing in key areas such as e-commerce, technology, health and wellness, supply chain and advertising sales, and creating new jobs to serve consumers, Suppliers and the business community provide more and better services.

At the same time, Walmart has also cut prices on some products. Back in July, Walmart said that mounting inflation and rising fuel and food prices were prompting consumers to cut back on other spending, forcing Walmart to cut prices on some non-essential items such as clothing, electronics and household items.

Walmart's price cuts do appear to have had some effect in boosting product sales. On the conference call, Walmart said consumers responded well to the price cuts. While Walmart said in its latest earnings report that earnings would continue to decline in the second half, the decline was smaller than previously expected.

Walmart executives said the company has cleared most of its summer seasonal inventory ahead of the back-to-school season and the upcoming holidays and is making progress in right-sizing its inventory, but it will take at least a few more quarters to eliminate the imbalance in its network.

Walmart said sales rose more than 8% in the fiscal second quarter, but profits tightened as consumers turned to discounters for groceries and necessities.

In addition, consumers affected by inflation are buying non-essential items such as clothing that are less profitable because they spend more on essentials. Walmart expects these spending patterns to continue.

According to a CNBC report on August 16 local time, Walmart Chief Financial Officer John David Rainey said in an interview that the discount store Walmart is attracting more middle- and high-income shoppers. Among them, three-quarters of Walmart's food market share growth came from consumers with annual household incomes of $100,000 or more.

In the international business, the global advertising business grew by nearly 30% in the fiscal second quarter. Walmart's international sales were $24.35 billion, up 5.7% year over year. Among them, China, Mexico and Canada achieved double-digit growth in three markets.

In more than two months, Walmart has issued two profit warnings and has previously lowered its fiscal 2023 operating profit forecast. But second-quarter results were better than expected, and Walmart expects the decline in future earnings to ease as well.

Walmart is currently reining in its mountain of inventory. Product inventories at the end of the second quarter rose 26% from a year earlier to $59.9 billion, down from a 32% increase at the end of the first quarter due to inflation and higher commodity prices.

Rainey said 40% of the $11 billion in high inventory reflects the increased cost of goods due to inflation, of which about $1.5 billion, he said, is the amount Walmart wants to make it disappear.

Walmart has also made some progress in reducing excess product. Rainey said on the call that Walmart has canceled billions of dollars in orders to keep its inventory in line with demand. Among them, clothing prices still need to be reduced during the quarter, and household goods and electronics are also prominent problem areas. About 15% of the company's inventory growth is higher than it expected, he estimates.

Not only do retailers have to deal with overstocking, but they also have to deal with rising costs. Walmart has also found ways to cut costs, CEO Doug McMillon told analysts on a conference call. For example, it more than halved the number of containers in its system from first-quarter levels, bringing it closer to its historical average. Walmart's inventory will be cleaner by Halloween, he said.