In the early morning of April 20, the new Mediterranean route ZMP exclusively operated by ZIM officially docked at Dachanwan Port, a subsidiary of Yantian Port Group. This is the maiden voyage of the ZMP route and has been a great success.

The opening of ZMP has further enriched the routes in the Mediterranean region of Dachan Bay Port, and the efficiency and flexibility of the terminal have been further improved. At the same time, there is a dense barge network with more than 30 destinations to and from the Pearl River Delta region. Star Line's own Mediterranean route network can also provide tailor-made careful arrangements for ZMP routes, and it is also an excellent choice for customers with three super containers (super high, super wide, super long) and special cargo. 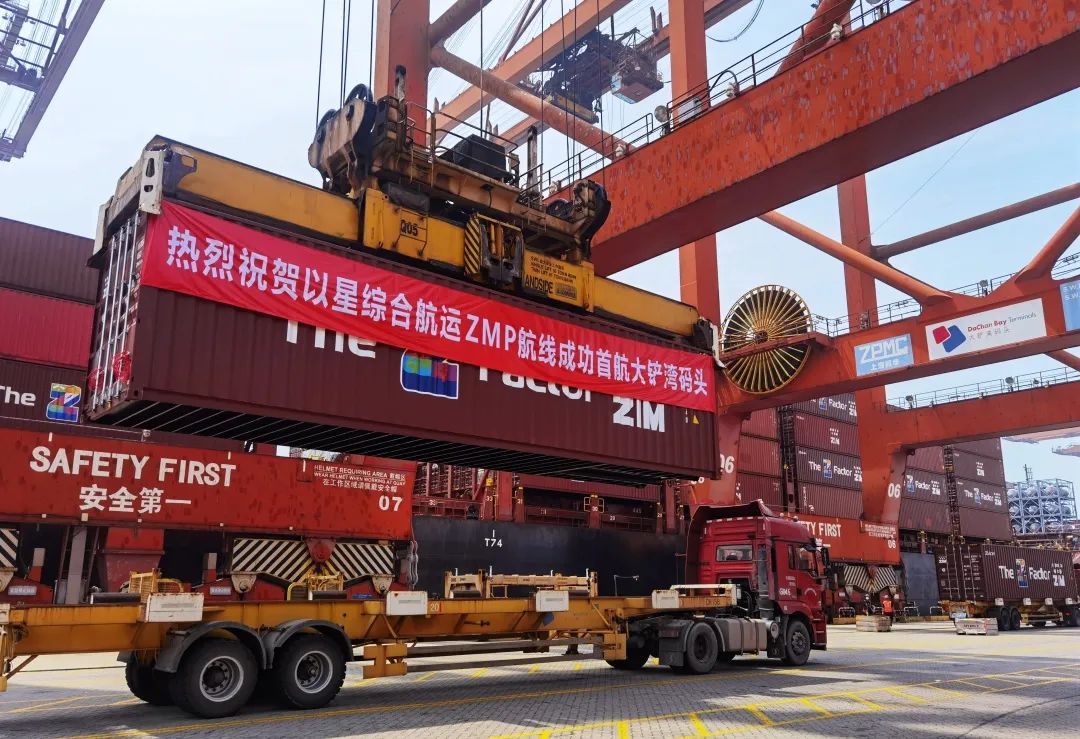 Nine Panamax vessels of 4,250 TEU capacity are deployed by Star Line to operate the ZMP service, with both the westbound and eastbound services calling at Dachan Bay port on Wednesdays.