What is a FMC? Federal Maritime Commission Definition

An in-depth understanding of the FMC (Federal Maritime Commission) in U.S.

The U.S. Marine Transportation Reform Act has the following requirements for NVOCC

FMC is the abbreviation of the Federal Maritime Commission of the United States. It is headquartered in Washington and has three functions: executive legislation, quasi-judicial and law enforcement. It is in charge of and supervises the maritime commercial activities mainly based on container shipping starting and ending in the United States. . Ocean carriers and brokers are regulated by it.

To develop regulations to address conditions that are detrimental to the U.S. shipping industry due to foreign laws or competition from foreign-flagged container ships and other freighters;

Hear allegations of various violations of maritime law and determine whether it is illegal. 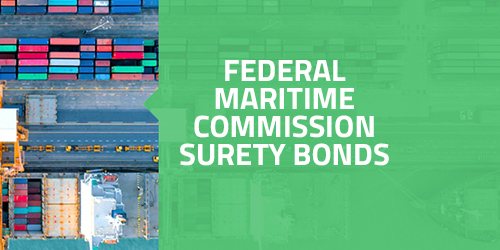 The FMC is the official organization that handles U.S. import/export shipping and shipping matters. Carrier must apply to it. And Filing B/L (file B/L for the record. File "archive") to buy Bond (this Bond is similar to insurance). Divided into Annual Bond and B/L Bond.

Among them, BenefiCIAry (the beneficiary) of Annual Bond is the US government & Customs. The main reason is that the US importer C/S (consignees) refuses to pick up the goods and fails to pay Freight and abandon the goods. In addition to auctioning after the expiration date, US Customs can claim compensation from Insurance Co. according to the contract to pay for the batch of CGOs. (cargo) various storage fees, duties ect.

B/L Bond: In case of CGOS shortage, damage, a certain deductible and coverage can be provided according to the contract, (the annual premium is about USD11000, and the coverage is about USD150000)

Based on the above regulations, only the B/L of Bond and FMC Filing can be purchased in the USA market.

FMC's effective supervision of NVOCC business is the key to the smooth implementation of its freight rate filing system. FMC's regulatory objects include Vessel Common Carrier (VOCC) and Ocean Shipping Intermediary (OTI), which in turn can be divided into Non-Vessel Common Carrier (NVOCC) as a carrier and freight forwarders who are only agents but are still regulated by FMC .

The U.S. Federal Maritime Commission (FMC) defines NVOCC as: "NVOCC refers to a common carrier that does not operate marine vessels but provides marine services. NVOCC is a shipper when compared to an ocean common carrier."

The U.S. Marine Transportation Reform Act has the following requirements for NVOCC:

(1) All NVOCCs "in the United States" must be licensed by FMC;

(2) NVOCCs (including foreign non-vessel common carriers) must submit a larger deposit than the freight forwarder to ensure that it assumes the responsibility arising from the transportation-related behavior;

In addition, ocean carriers are not allowed to ship cargo for NVOCC if it is itself a shipper but has not disclosed its freight rate schedule and has not submitted a bond to FMC. The FMC publishes a list of all licensed NVOCCs, which can be obtained by computer query, thus facilitating the carrier to better fulfill this obligation.

The U.S. Federal Maritime Commission (FMC) is responsible for overseeing commercial activities on the water starting and ending in the United States. Its regulatory powers come from the U.S. Marine Transportation Act of 1984, which was amended in 1998 as the U.S. Marine Transportation Reform Act. There are two types of common carriers regulated by the FMC: ocean carriers and ocean intermediaries. The latter can in turn be divided into NVOCCs acting as carriers and freight forwarders acting only as agents but still regulated by the FMC.

Under FMC regulation, common carriers are required to comply with the FMC Regulations regarding "proper conduct". Regulations require carriers to disclose their freight rate schedules and conditions of service for the public to know. The carrier shall not engage in the following acts:

(1) Reduce the freight to the amount specified in the rate table;

(2) to give any unreasonable favour or advantage to any shipper;

(3) A discount is given to the shipper, resulting in an actual reduction in the transportation charges, which is commonly referred to as a "rebate" behavior. 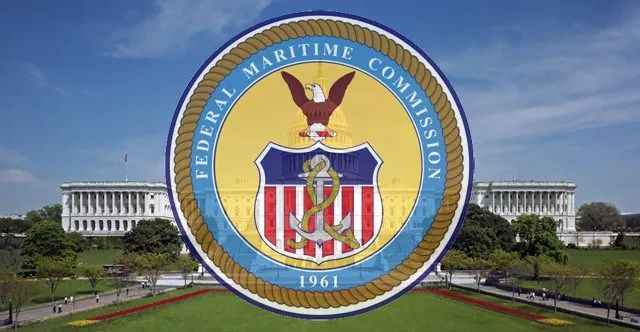 FMC exercises its powers to ensure that ocean freight prices are acceptable to the public without any unfair price discrimination, and unfair competition practices can be avoided by ensuring that all customers are treated equally. To this end, the FMC requires any interested party to include shipping costs in the rate table for review. Since 1999, rate schedules can be kept in electronic form in private automated systems, thus fulfilling the "available to the public" requirement. Both ocean carriers and NVOCCs are required to publish their rate schedules, but ocean carriers can deviate from the freight provisions in their rate schedules by simply submitting their contract for private transportation services to the FMC. Ocean carriers and NVOCCs that fail to publish rate schedules are subject to fines of up to $1,000 per day.

The FMC requires that any shipping adjustments from the NVOCC must be included in the rate table in a revised manner. Failure to submit a rate schedule revision to the FMC also constitutes a violation of FMC regulations and will result in a fine of up to $1,000 per day.

Being required to publish its rate schedule, NVOCC's freedom to adjust shipping rates is greatly reduced. NVOCC is also happy to "shop around" between carriers to get the best freight rates, but it would be contrary to NVOCC to pass the benefits of higher freight rates directly to customers rather than through revised rate tables. FMC regulations, but also violated US law. When the NVOCC submits its rate schedule to the FMC, it should be prepared to be regulated by the FMC and be held accountable for its violations.

The FMC requires licensed NVOCCs to submit a $75,000 bond issued by an acceptable U.S. guarantee company; unlicensed foreign NVOCCs are required to submit a similar bond of $150,000. The bond is used to cover any damages awards arising out of NVOCC's shipping and related actions, FMC's reinstatement orders, or FMC's fines against NVOCC. When a complaint is filed, the FMC has broad jurisdiction and can order the party under investigation to pay more than the statutory penalty. When a claim cannot be satisfied, FMC can guarantee that the company will honor the bond and distribute it among the parties who have a claim for compensation through NVOCC's fault.

Under the persuasion of the International Freight Forwarders Association (FIATA), FMC has relaxed the deposit requirements for NVOCC, and now freight forwarders providing NVOCC services can meet FMC's requirements in one of the following two ways: provide the above-mentioned security deposit, or provide Liability coverage determined by FMC that is deemed sufficient to provide adequate protection to U.S. claimants and to cover civil penalties imposed by FMC for violations of the U.S. Transportation Act of 1984. In addition, FMC has also opened the door of convenience for ordinary members of FIATA. Ordinary members may provide group insurance to cover liability or civil damages due to each freight forwarder member. Under group insurance, the risk borne by each ordinary member shall not exceed the minimum risk applicable to each freight forwarder acting as NVOCC. Ordinary members may, at their option, use this collective insurance as supplementary insurance at their own expense when freight forwarders usually operate NVOCC business.

The FMC requires that foreign NVOCCs should appoint a local person as their agent in the United States in order to carry out the legal process. These legal proceedings include any complaints alleging violations of shipping laws or FMC regulations, as well as any lawsuits initiated by cargo owners or cargo insurers alleging violations of obligations in the course of transporting the cargo.

NVOCC is not required to submit routine reports. However, the FMC has the right to require foreign NVOCCs to report any facts or transactions related to the operation.

There is a fundamental difference in the regulation of NVOCCs and freight forwarders by the FMC. NVOCCs governed by the above requirements of the FMC (reporting rate schedules and filing margins) are not necessarily located in the United States. The jurisdictional standard is whether the services provided by the NVOCC extend to the field of international water trade in the United States.

FMC Freight Forwarders are regulated only in the jurisdictions in which they exist. The "jurisdiction that exists" requires some permanent connection, regardless of the size of the connection. A foreign freight forwarder that has only one shipping arrangement with a U.S. freight forwarder does not constitute a "sufficient" presence in the United States and thus does not need to hold an FMC license.

U.S. law does not completely prohibit a business from providing both freight forwarding and NVOCC services. The only restriction is that once a freight forwarder has charged a customer under that business's NVOCC rate schedule, it can no longer charge a commission to the ocean carrier, and the FMC has rules requiring freight forwarders to certify on their commission invoices that they are not charging in another capacity. Some freight forwarders advertise the NVOCC services they provide, usually through a trade name rather than a company name. The internal business organization of freight forwarders is usually limited to appointing one person as the manager of the NVOCC business, with no more detailed division of labor. Most North American exporters are extremely pragmatic and do not care if the name matches the act as long as the freight forwarder performs the service.