U.S. stocks fell on July 26, local time, with the Dow Jones Industrial Average, Nasdaq and S&P 500 closing down 0.71%, 1.87% and 1.15%, respectively. One of the reasons that triggered the market volatility was that Wal-Mart (WMT.N) sharply lowered its earnings outlook for the second fiscal quarter and the rest of the fiscal year, as the company is facing the double pressure of high inflation and high inventory.

Shares of Wal-Mart fell 7.6 percent to $121.98 on July 26, down for the second straight session, with Cowen analyst Oliver Chen saying, "Retail margins are set to decline further as inflation is brought on by higher food and gas prices."

U.S. retail stocks have fallen as a result of Walmart's lowered earnings outlook. The market is looking at the performance of Amazon (AMZN.O) - the company will report its fiscal second quarter quarterly report on July 28. Barron's says the market value of U.S. retail stocks has evaporated by more than $100 billion in 2022, with Amazon bearing the brunt of the loss. As of the close of trading on July 26, Amazon shares have fallen 31.13 percent this year. 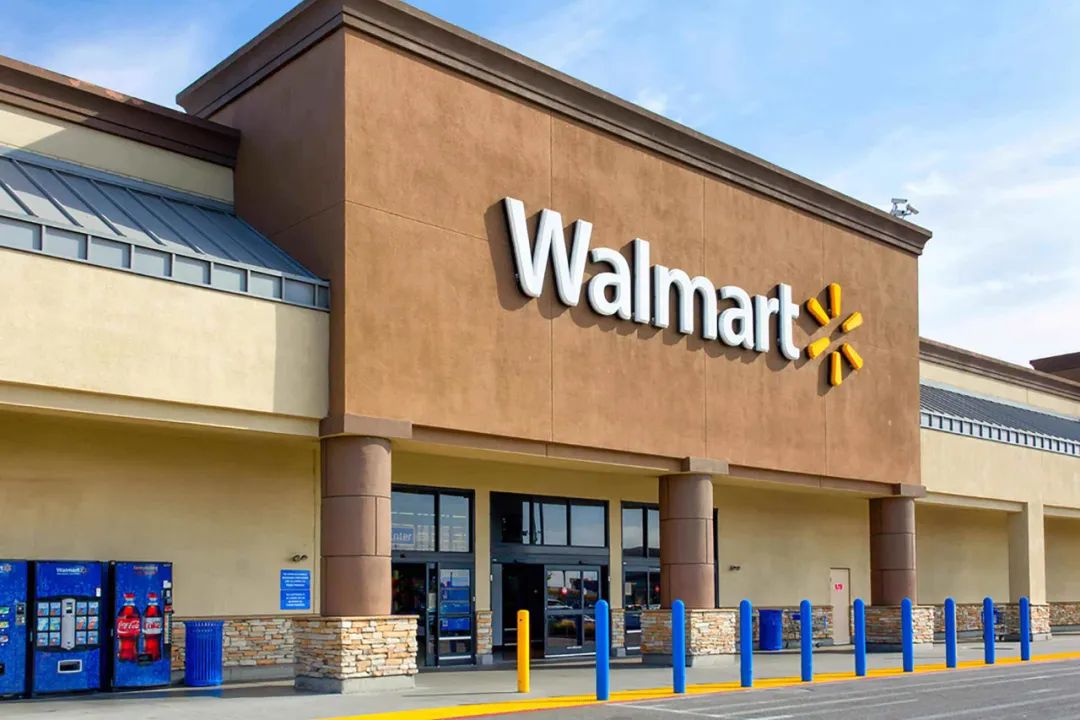 Inflation and inventory are hurting Wal-Mart

"Inflation is pervasive and Wal-Mart, the largest employer in the U.S., is suffering, and the company has warned that U.S. households are being forced to cut their spending," said Danielle DiMartino Booth, CEO and chief strategist at Quill Intelligence. "Goods other than necessities are clearly the ones being cut."

High inflation in the U.S. has led to an overall increase in consumer prices, which Moody's says will cost the average U.S. household an extra $300 a month. Against this backdrop, U.S. consumers are having to cut back on spending on other optional consumer goods and put their money where their mouth is. For Wal-Mart, this is a double-edged sword: on the one hand, the price of essential consumer goods and has the property of immediate need, the company will maintain sales growth; however, the decline in sales of optional consumer goods forced Wal-Mart need to significantly reduce prices, and this will eat into the company's gross margin.

Wal-Mart said that excluding fuel costs, the company's second quarter same-store chain sales will increase by about 6%. Although this figure is higher than expected, but considering the company's food and other essential consumer goods sales accounted for a relatively high, Wal-Mart believes that this has a negative impact on the company's overall gross margin.

Wal-Mart also said its expectations for fiscal second-quarter net sales include a foreign exchange loss of about $1 billion. The rising U.S. dollar has caused Wal-Mart to incur a foreign exchange loss when translating its overseas operations, which is expected to be $1.8 billion in the second half of the fiscal year based on current exchange rates.

The market has been worried about the largest U.S. retailer for at least two months, and Wal-Mart's three-day cumulative decline of 21 percent from May 17 to 20 brought the stock back to 2020 levels. The reason is that Walmart recorded revenue of $141.6 billion in the first quarter of fiscal 2023, up 2.4% year-on-year, but net profit fell 24.8% year-on-year to $2.05 billion.

At that time, Walmart CEO Doug McMillon said the level of inflation in the U.S., especially food and fuel inflation, was putting pressure on margins and operating costs. Investors are concerned that Wal-Mart, along with other retailers, will not be able to pass on higher costs to consumers, and this has financial markets worried about the resilience of these companies.

In fact, inflation is just one of the challenges facing Wal-Mart, which is also grappling with storage costs and excess merchandise caused by a backlog of containers. Wal-Mart's inventory-to-sales ratio jumped more than 25 percent year-over-year, meaning merchandise is not coming off the shelves nearly as fast as it did before.

Retailers' already slim profit margins are being threatened, and it's not a concern for Wal-Mart alone. The grocery retailer's inventory stood at $105 billion at the end of April, the highest level since 2000, according to the U.S. Census Bureau.

From May to date, Wall Street has expressed a different view of Wal-Mart. Wells Fargo analyst Chris Carey, on the other hand, believes that even though consumer demand is less solid, it is still performing well, while also reminding that this may change in the future; Citi analyst Paul Lejuez, on the one hand, said Wal-Mart's earnings report is a wake-up call for the retail industry, on the other hand, still bullish on Wal-Mart because of the attractive share price after the decline.

Wal-Mart shares have been hovering in the $115-$135 range since the quarterly report triggered a wild fall, closing at $121.98 on July 26, and have fallen 15% this year, with a market value of $334.3 billion. Walmart will report its fiscal second quarter results on Aug. 16.

Meanwhile, the performance of another retail giant may bring more hints to the market. On July 28, local time, Amazon will announce its fiscal second quarter results. The U.S. media believes that Wal-Mart's lowered performance outlook does not bode well for Amazon, whose shares fell 5.23% on July 26.

In terms of revenue size, Amazon is good enough to compete with Walmart - both companies are expected to have revenues of more than $500 billion in fiscal 2023. However, Amazon, which started as an e-commerce company, has been stuck in a business bottleneck, and the company said in its first-quarter earnings report in April that it had built too much fulfillment center capacity in response to a surge in business during the outbreak, but that surge has begun to cool.

However, Barron's believes that the trend of continued growth in the proportion of e-commerce on U.S. soil is likely to be maintained. Wells Fargo analyst Ike Boruchow: "Looking ahead, e-commerce is driving supply chain investment, and one day, U.S. consumers could achieve a 50:50 ratio of e-commerce to offline shopping, just like Chinese consumers."

Walmart, for example, is continuing to increase its digital marketing spending. in fiscal 2022, Walmart's U.S. e-commerce net sales reached $47.8 billion, an 11 percent increase year-over-year. Barron's believes that a strong network of brick-and-mortar stores will be an asset to retailers after the epidemic, as offline stores can serve as distribution centers and curbside pickup points for online retail.

In addition, some analysts believe that the competition between online and offline is not the core of the problem, and that the essential problem facing the retail industry remains that consumers' limited disposable income will be spent more on essential consumer goods than on optional ones. Jefferies analyst Stephanie Wissink told Barron's that instead of calling the U.S. a recession, it is now in a "consumer goods recession.

John San Marco, portfolio manager of the Newberg Berman Next Generation Connect Consumer ETF, said: "Wal-Mart's public announcements confirm the extreme distress of low-income consumers that is beginning to plague the middle-income group. I suspect there will be other bad news besides Wal-Mart when the retail sector's fiscal second quarter passes."