On September 2, 2022, U.S. time, the Office of the U.S. Trade Representative (USTR) issued an announcement stating that in the Section 301 investigation into China, representatives of U.S. domestic industries that benefited from tariff actions have requested that tariffs continue to be imposed. Therefore, according to the requirements of the regulations, the 301 tariff action did not expire on its fourth anniversary, and the USTR will conduct the next review in accordance with the regulations, and continue to impose additional tariffs on Chinese products in the 301 tariff list during the review period (Note : Except for products that have been excluded from the levy and within the validity period of the exclusion). 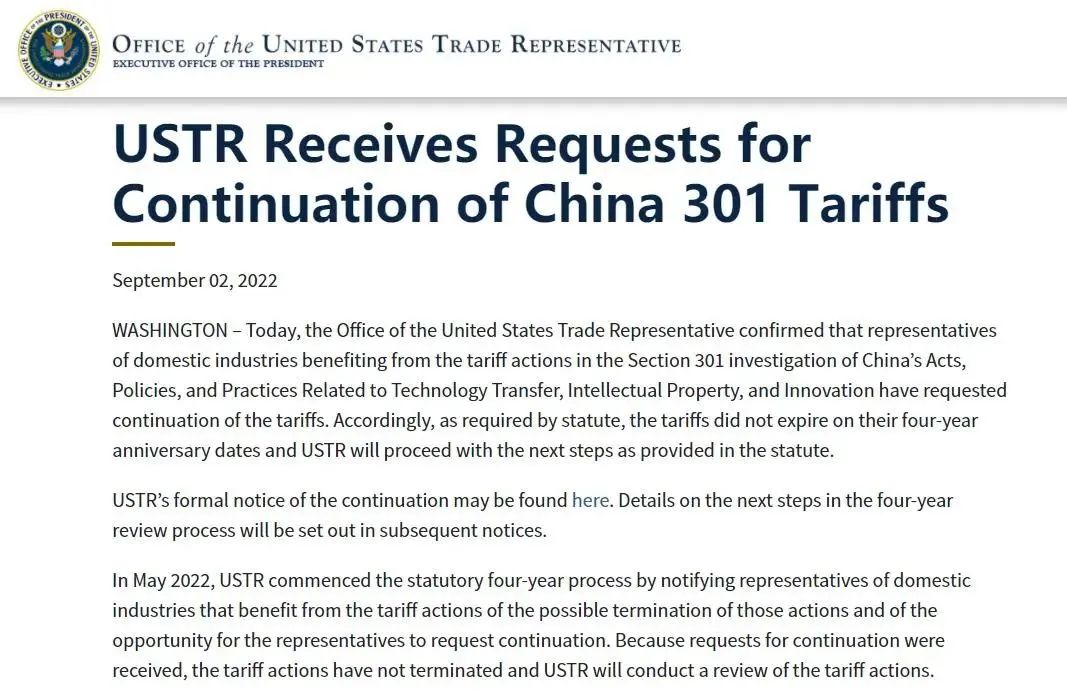 It has been four years since the United States officially implemented the Section 301 tariff action against China on July 6, 2018. This protracted tariff war has brought a lot of inconvenience to the trade between the two countries. Now, under the impact of serious inflation in the United States, it seems that there will be a turning point: the Office of the United States Trade Representative, without the participation of the petitioners, launched a 301 tariff review investigation on China on its own, and allowed domestic industry representatives to submit comments. .

The USTR issued an announcement on May 5, 2022, informing domestic industries that the above-mentioned two batches of tariffs will expire, and that domestic industries can submit a request for continued taxation within 60 days before the expiration. 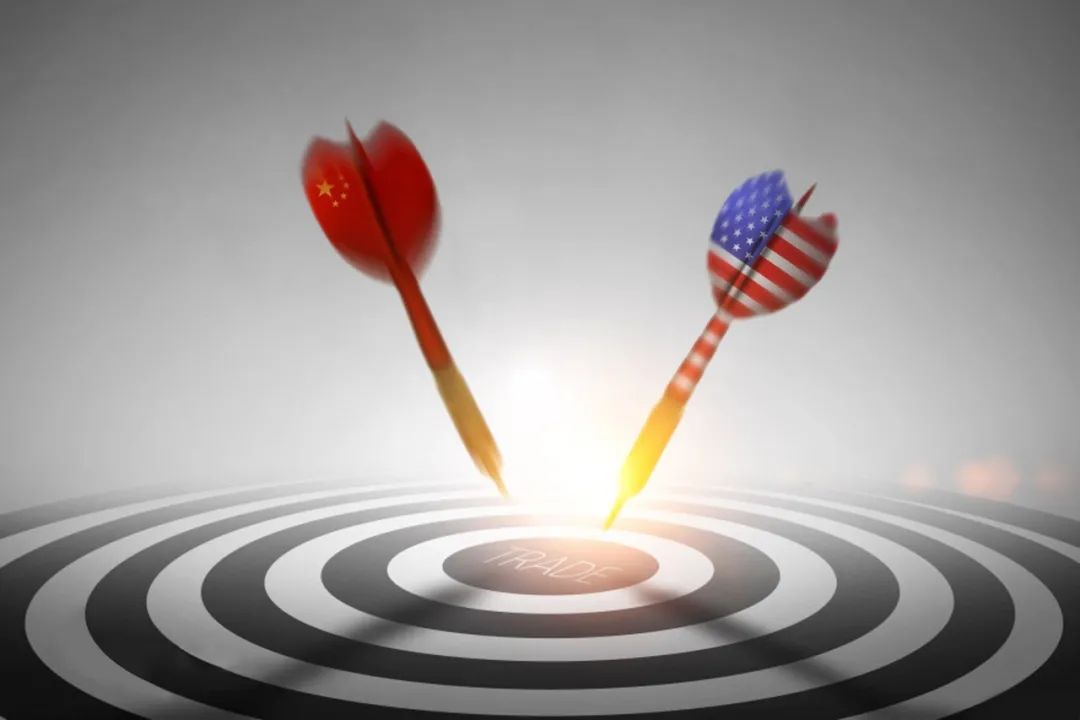 Now that the tariff action has not been terminated due to the receipt of hundreds of applications to continue enforcement, the USTR will proceed with the review process of the tariff action.

Details of the next steps in the review process for the fourth anniversary of China's Section 301 tariffs will be listed in follow-up notices, USTR said, including a public consultation with interested parties.

Bloomberg, citing people familiar with the matter, reported that these brewing investment restrictions could be implemented in the next few months in the form of an executive order issued by President Biden. 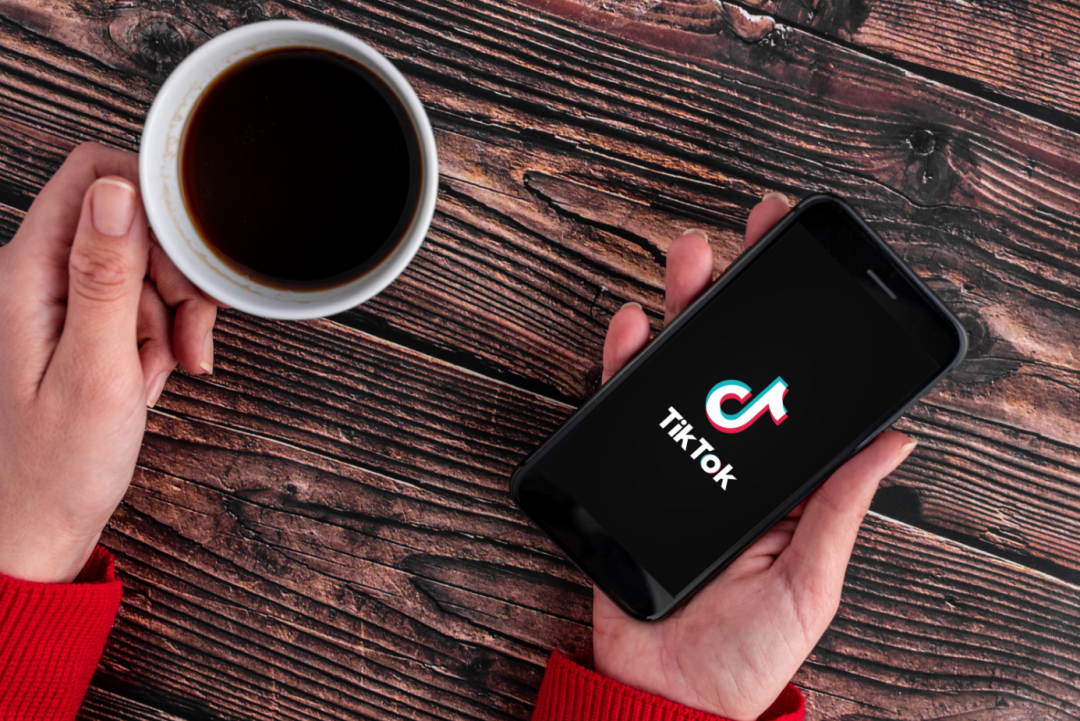 The U.S. may also take action against TikTok, the overseas version of Douyin owned by Chinese internet giant ByteDance, but not anytime soon, a person familiar with the matter said. In addition, the U.S. Commerce Department may impose further restrictions on chips used for artificial intelligence computing.

Another person familiar with the matter said the White House is in discussions with Congress to pass legislation that would require companies to pre-disclose their potential investments in certain Chinese industries. Options discussed include creating a mechanism that would give the government the power to block investment directly.

So far, the U.S. has not cut off semiconductor supplies to Chinese companies across the board, but has only targeted individual companies such as Huawei and Semiconductor Manufacturing International Corporation (SMIC) that are considered a threat to U.S. national security. Both Chinese companies have denied the U.S. accusations.

Recent steps in Washington show a Biden administration leaning toward a tougher stance toward a blanket ban on Chinese access to technology.

China responds to U.S. restrictions on chip exports to China

In this regard, Wang Wenbin said that the U.S. approach is typical of technological hegemony. The U.S. has repeatedly generalized the concept of national security, abused national power, and attempted to use its own technological advantages to contain and suppress the development of emerging markets and developing countries. This move violates market economic rules. , undermining the international economic and trade order. China firmly opposes this.

The Ministry of Commerce stated that the relevant practices of the US side deviate from the principle of fair competition. On September 1, at the regular press conference of the Ministry of Commerce, a reporter asked: On August 31, the US chip design company NVIDIA said that it was requested by the US government to restrict the export to China of the latest two generations of flagship GPUs used to accelerate artificial intelligence tasks. Computing chips A100 and H100. What is the comment of the Ministry of Commerce of China on this? How will the move affect the operation of Chinese tech companies?

Ministry of Commerce spokesperson Shu Jueting said that China has taken note of the relevant situation. For some time now, the US has been abusing export control measures to restrict the export of semiconductor-related items to China, which China firmly opposes. The relevant actions of the United States deviated from the principle of fair competition and violated international economic and trade rules, which not only harmed the legitimate rights and interests of Chinese companies, but also seriously affected the interests of American companies, hindered international scientific and technological exchanges and economic and trade cooperation, and affected the stability of global industrial and supply chains and the recovery of the world economy. shock. The U.S. side should immediately stop its wrongdoing, treat companies from all over the world including Chinese companies fairly, and do more things that are conducive to the stability of the world economy.

How to determine the tariff rate of products?

Step 1: Confirm the HTS CODE of the product in the US

First of all, confirm the HTS CODE of your product in the United States, which is actually the HS CODE of China. Under normal circumstances, the first 6 digits of HTS CODE and HS CODE are consistent, and the last 4 digits have different changes in different countries, so it is recommended to enter the first 6 digits, and then query the HTS code of the product in the United States according to the specific product description.

Enter the above website, enter the first six digits of the Chinese HS CODE in the search box, such as table lamp 940520****, and select the accurate HTS CODE according to the product description.

Step 2: Check if there is a tax increase 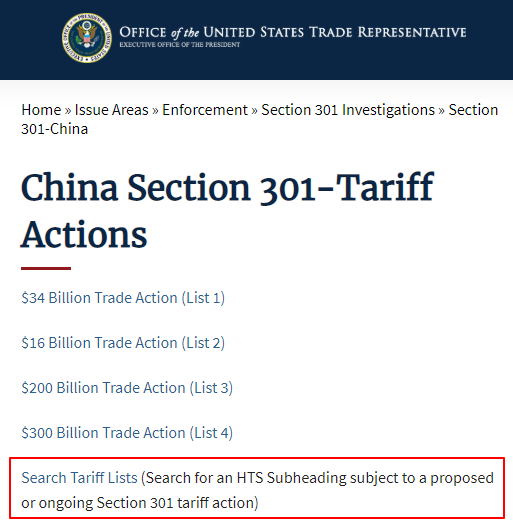 In the last line "Search Tariff Lists", you can check whether the specific product is taxed and when it will start to be taxed. Take ceramic sanitary products (HTS CODE: 69101000) as an example, enter the 8-digit HTS CODE in the search box, and you can find that it belongs to the fourth round of taxation products. 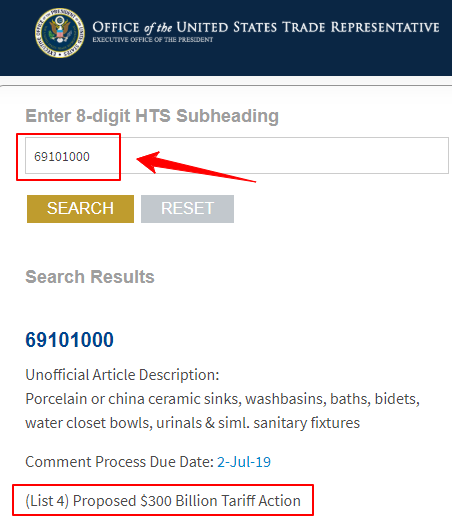 Leather handbags (with a single value of no more than 20 US dollars) (HTS CODE: 42022160) belong to the third round of the list of 200 billion goods that began to impose tariffs on September 24 last year. 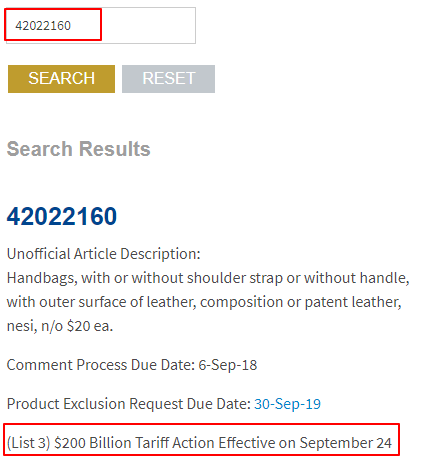