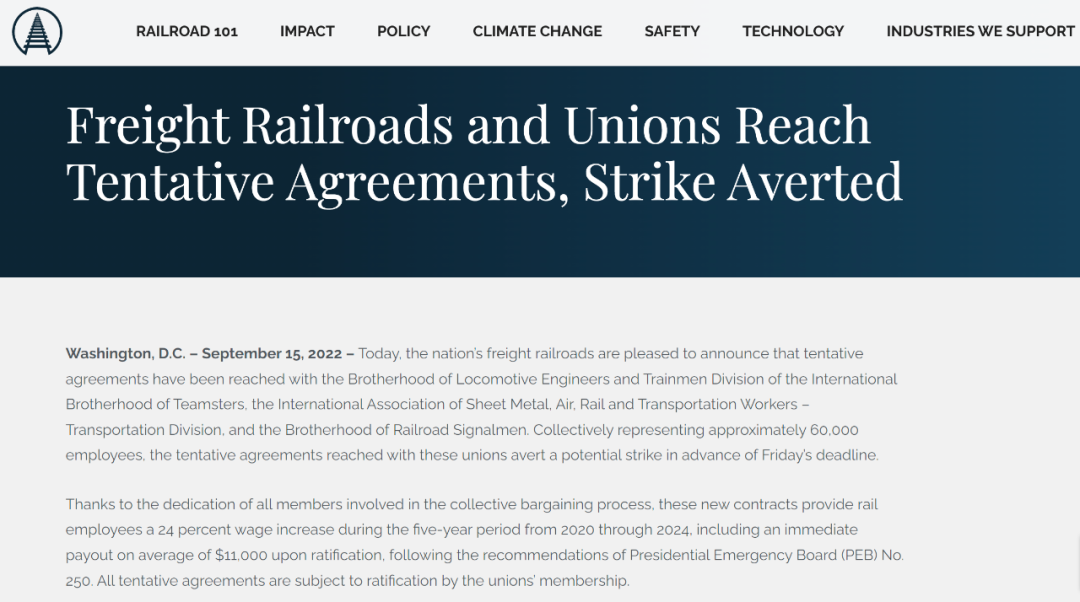 Under the preliminary agreement, Amtrak will give railroad workers a cumulative 24 percent pay rise over five years from 2020 to 2024, including an average bonus of $11,000 per union member.

However, all terms of the agreement must be approved by union members before they can take effect.

US President Biden said: "The preliminary agreement reached this time ensures the normal operation of the railway system and avoids heavy losses caused by the strike."

He also emphasized the importance of rail transportation to the U.S. economy and supply chain, and that the preliminary agreement will help raise wages for railroad workers, improve their working conditions, and help railroad companies retain and recruit workers. 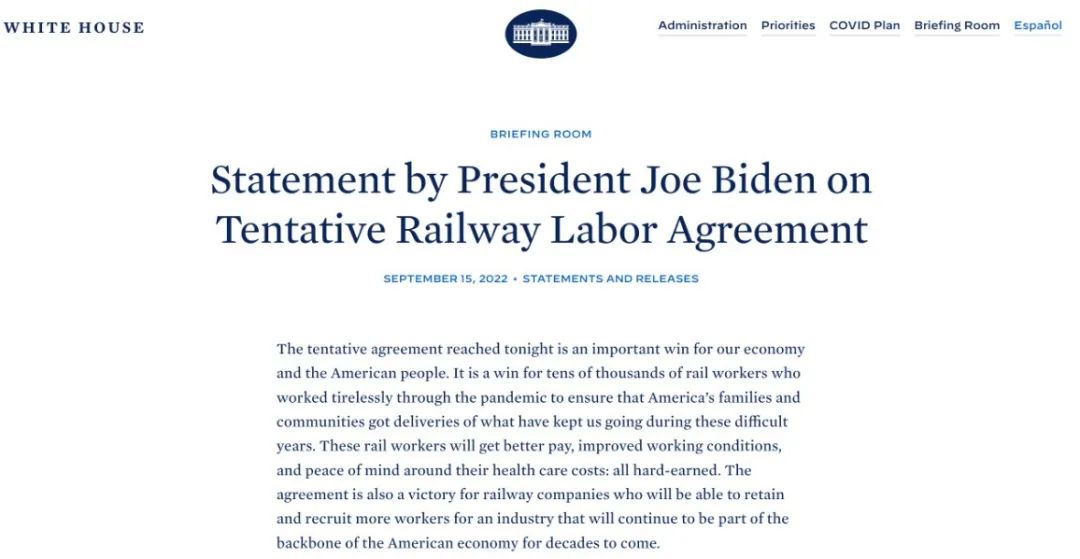 It is understood that the negotiations between the labor and management of the railway began on the morning of September 14, local time, under the auspices of U.S. Labor Secretary Marty Walsh, and lasted for about 20 hours. On the evening of the same day, Biden called negotiators and emphasized that once the railway system is paralyzed, it may bring "catastrophic damage" to American families, businesses and society.

The American media believes that the resolution of this crisis is an important victory for Biden. Without a settlement, he faces worse options that could "anger" his supporters in the union, especially ahead of the Nov. 8 midterm elections. 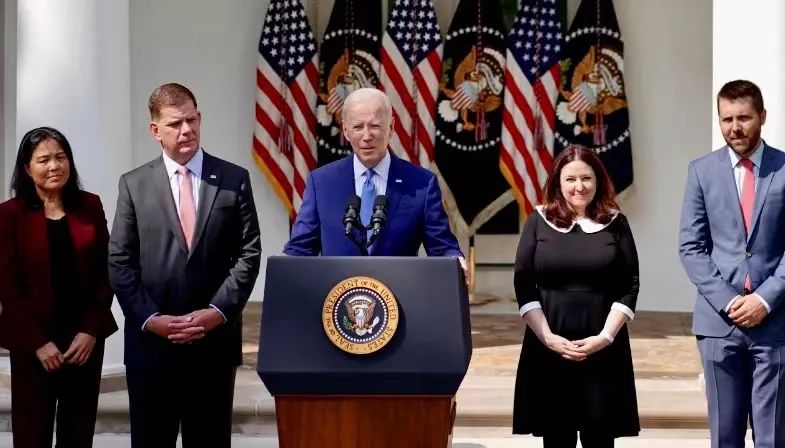 The American railroad union has previously warned that if negotiations fail to reach an agreement before September 16, the United States will have the first nationwide railroad strike in 30 years, which means that the rail system, which carries nearly 30% of the US's freight transport, will be paralyzed.

It is estimated that in the event of a nationwide railroad strike, the US economy will lose more than $2 billion a day.+ 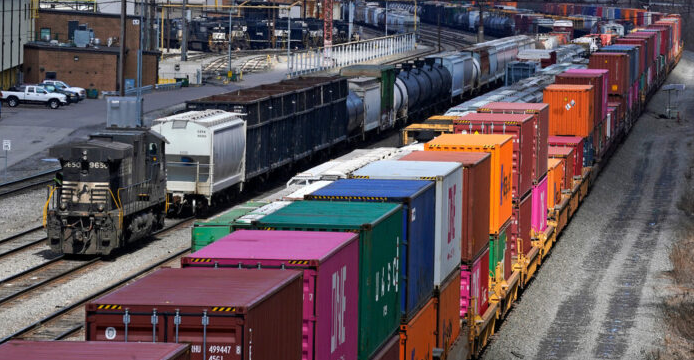 It is worth noting that recently, strikes in European and American countries have emerged one after another, which has become a new "blocking point" in the current global supply chain. 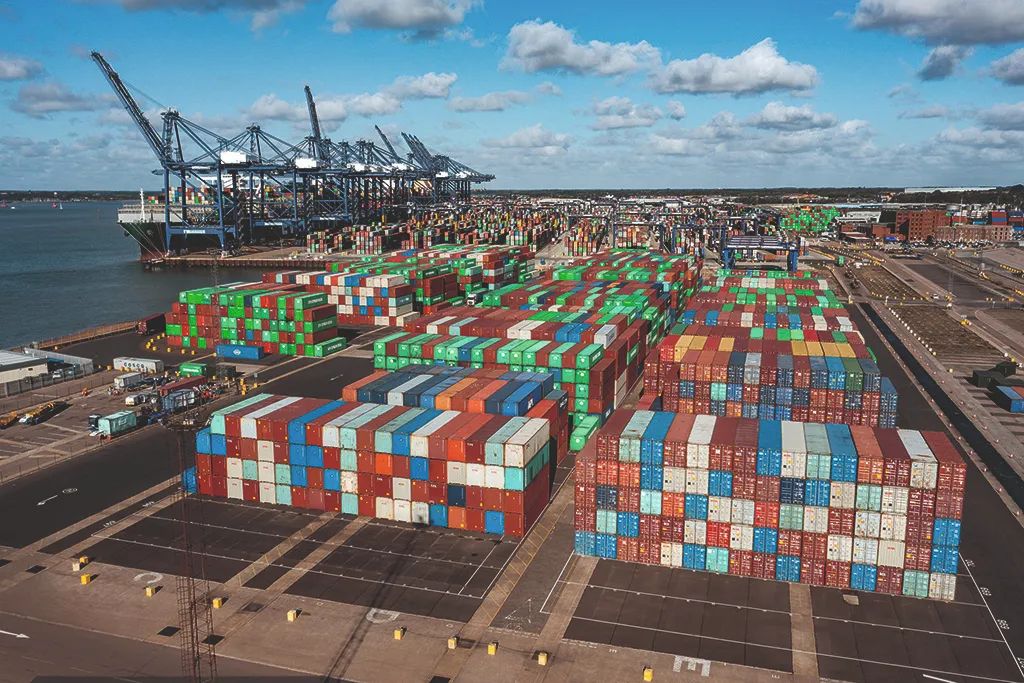 More than half of the UK's container import and export operations will come to a standstill during a simultaneous strike at the two major ports.

Industry insiders said helplessly: "In the past, the industry faced more small-scale strikes with limited impact, but since the beginning of this year, a 'strike wave' has formed in Europe and the United States, and the damage to the global supply chain is far greater than that caused by COVID-19 last year. resulting in lockdown.”