The USTR announced on May 3 that the two actions to impose tariffs on Chinese goods exported to the United States based on the results of the so-called "301 investigation" four years ago will end on July 6 and August 23 this year, respectively. With immediate effect, the office will initiate a statutory review process for the relevant actions. 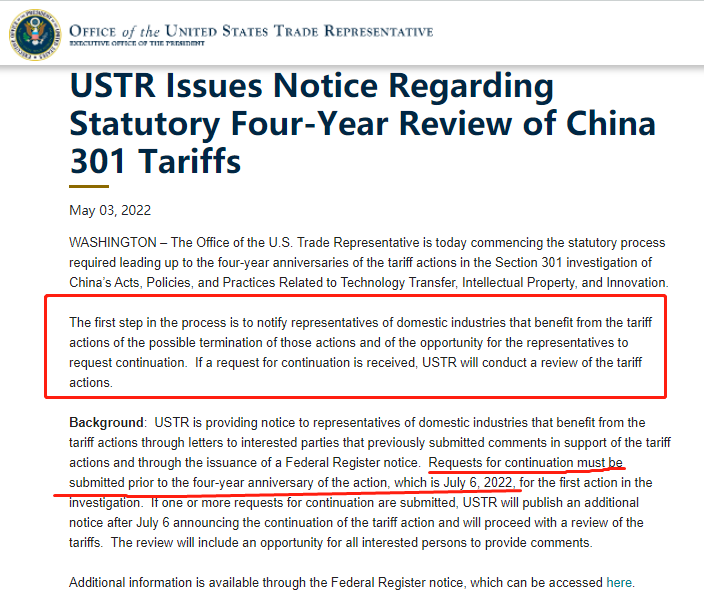 The U.S. Trade Representative's office, USTR, said in a statement on the same day that it will inform representatives of U.S. domestic industries that benefit from the tariffs on China that the tariffs may be lifted. Industry representatives have until July 5 and August 22 to apply to the office to maintain the tariffs. The office will review the relevant tariffs on the basis of the application, and these tariffs will be maintained during the review period.

The investigation is divided into two phases, the first of which is submitted by industry representatives of U.S. stakeholders and opened for hearing to request the continuation of the revised corresponding trade action. The second phase of the review will be announced in one or more follow-up notices and will provide an opportunity for public comments from all interested parties (all businesses and individuals).

USTR must receive a request for review from industry representatives within a 60-day window four years before the two additional tariff actions:

U.S. Trade Representative Katherine said at the event on May 2 that the U.S. government will take all policy measures to curb price spikes, suggesting that cutting tariffs on Chinese imports to the U.S. will be considered.

The so-called "301 investigation" originates from Section 301 of the US Trade Act of 1974. The clause authorizes the US Trade Representative to launch an investigation into other countries' "unreasonable or unjust trade practices" and, after the investigation, recommends that the US president impose unilateral sanctions.

The U.S. imposition of tariffs on China has been strongly opposed by the U.S. business community and consumers. Due to the sharp increase in inflationary pressures, there has been a resurgence of calls in the United States to reduce or exempt additional tariffs on China recently.

Dalip Singh, deputy assistant to the US president for national security affairs, said recently that some of the tariffs imposed by the US on China "lack a strategic purpose." The federal government could lower tariffs on Chinese goods such as bicycles and clothing to help curb price increases.

U.S. Treasury Secretary Janet Yellen also said recently that the U.S. government is carefully studying its trade strategy with China, and that it is “worth considering” to cancel the additional tariffs on Chinese goods exported to the U.S. 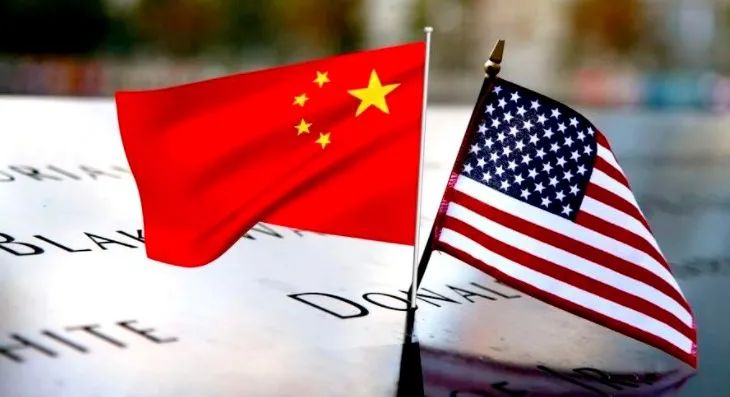 In the current situation where inflation continues to rise and the global economic recovery faces challenges, it is hoped that the U.S. side will proceed from the fundamental interests of consumers and producers in China and the U.S., cancel all additional tariffs on China as soon as possible, and push bilateral economic and trade relations back to the normal track as soon as possible.