On August 25, the U.S. Department of Transportation (USDOT) has decided to suspend 26 flights operated by Chinese carriers in response to a similar decision by the Chinese government to ban some flights operated by U.S. airlines over COVID-19 cases. by U.S. carriers. 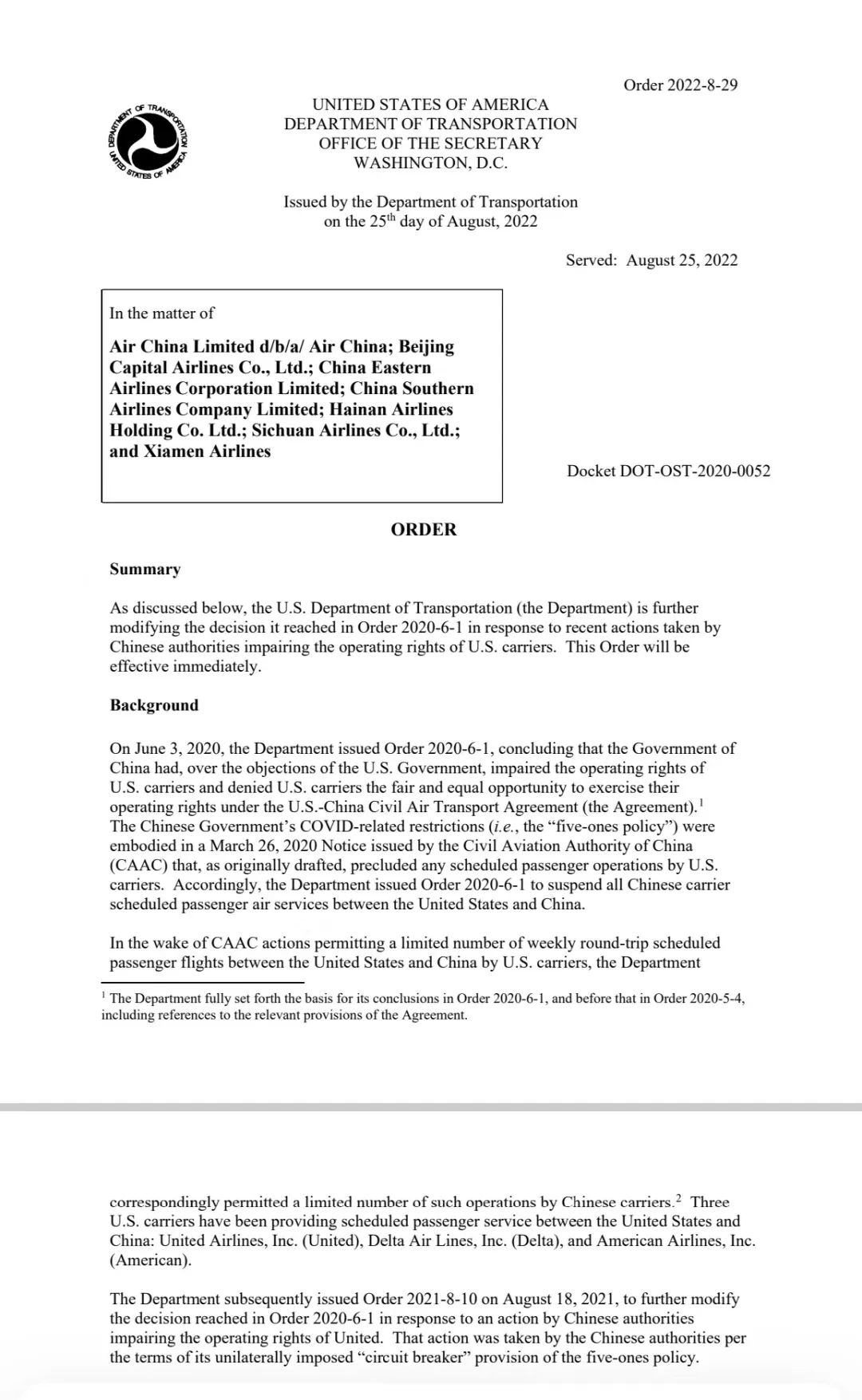 The cancellations include 19 flights from Los Angeles and 7 Eastern flights from New York, and the following flights will be affected from September 5 to September 28. 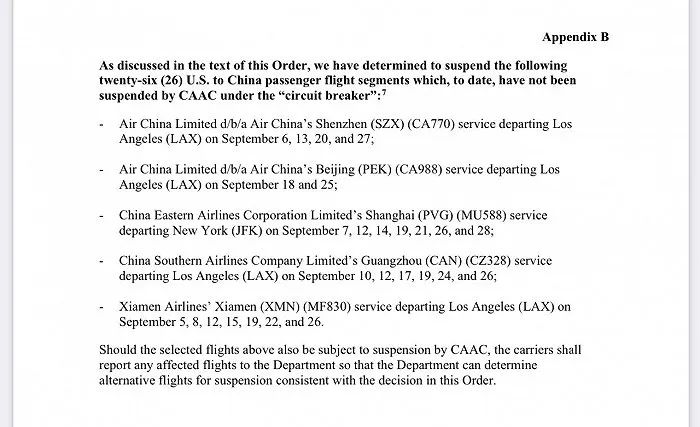 The embassy said China's COVID-19 "circuit breaker" measures were fair and transparent, applied both of Chinese and foreign airlines and were consistent with bilateral air transportation agreements.

It is reported that this is not the first time the U.S. government has made a similar decision.

Back on Jan. 30, 2022, the U.S. Department of Transportation said it suspended 44 flights from the United States to China by four Chinese airlines in response to China's meltdown decision over COVID-19.