The actual shipping price of container ships has dropped by about 20% on average since the Spring Festival. The freight rate from China to West America has dropped from about 12,000 US dollars to 8,000 US dollars now, more than 30%, and the European line has dropped even more.

Industry insiders pointed out that the main reason for the decline is that the original tight supply and demand situation has changed. "There are still so many ships on the market, but the export volume is expected to drop by 30% to 40% recently."

Trans-Pacific container spot rates between China and the U.S. west coast and U.S. east coast have been falling steadily since peaking in early January, according to a report by digital freight forwarding platform Shifl. In particular, freight rates on the West Coast decreased by 52% in March 2022 and by 50% on the East Coast compared to January 2022. 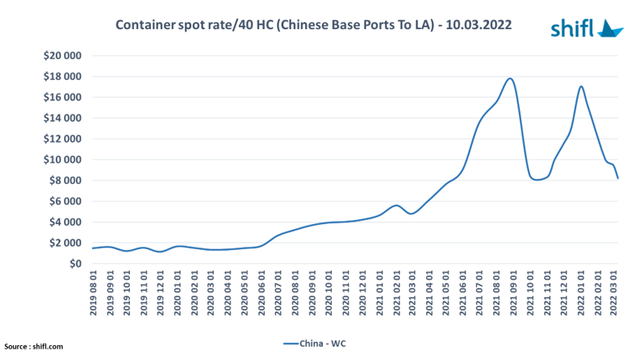 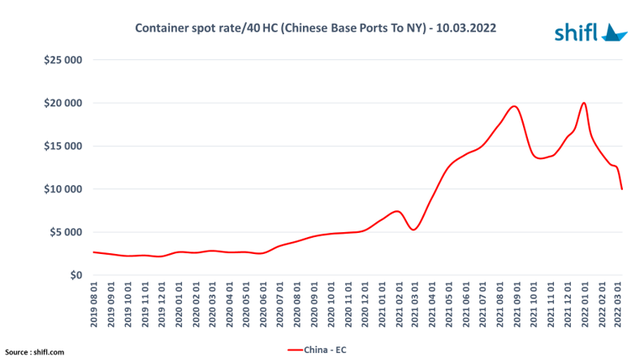 "We expect rates to continue to trend downward until the peak season of 2022, when rates will increase, although not to 2021 levels," Levy added.

Drewry's World Container Index (31st) showed that freight rates on the trans-Pacific route fell for the fifth week in a row. 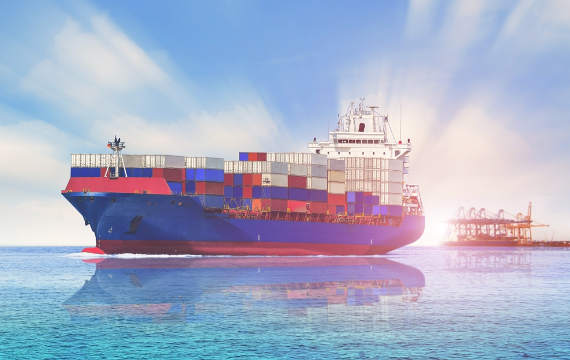 The Shanghai Shipping Exchange previously announced that the epidemic has spread in some parts of my country recently, but it is generally controllable.

my country's export market continued to remain stable. China's export container transportation market is generally stable, and the freight rates of many ocean routes have fallen from high levels.

With the escalation of epidemic prevention and control, my country's supply chain is generally trapped in domestic logistics, and the entire process from raw material procurement to post-production shipment has slowed down.

According to Lloyd's Intelligence, some 140 container ships have been waiting outside key domestic ports in the country recently, reflecting the extent of the slowdown and the possible underutilization of all these ships, which could lead to further declines in rates.