According to Descartes aggregated US Customs statistics, total imports to all US ports in September were 2,215,731 TEU, down 11% year-on-year and up 9% compared to September 2019.

Compared to August this year, September imports were down by 313,311 TEU, the largest monthly drop since February 2020 when they plunged by 364,454 TEU. 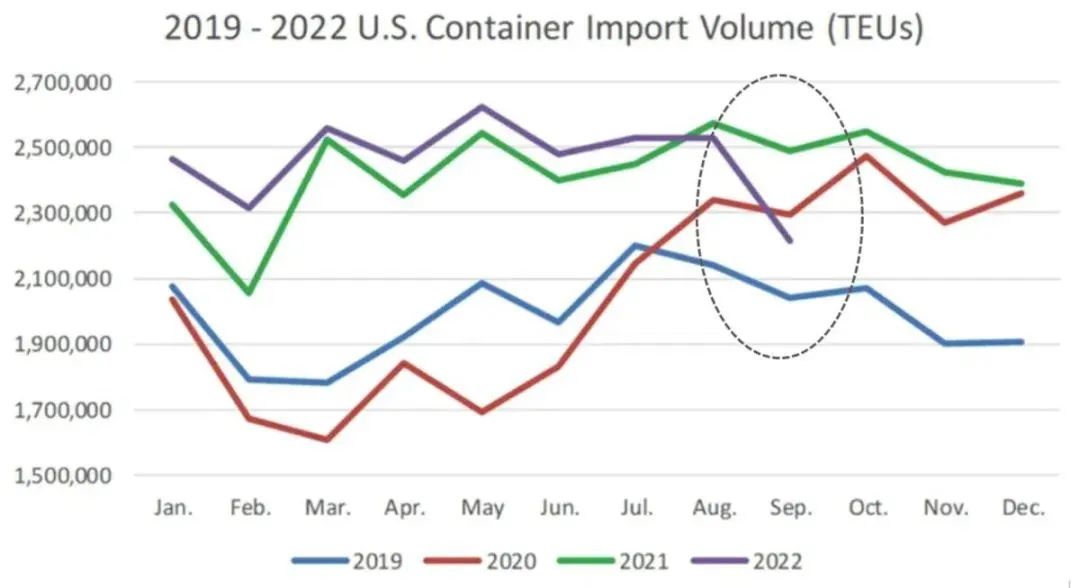 In addition, September imports at all three major US ports were down sharply compared to August.

A spokesperson for the Georgia Ports Authority (GPA) said: "Port cargo volumes were impacted by Hurricane 'Ian' in September and vessel service was suspended for approximately three days. Since then, the port has been handling the volumes, which will be reflected in the October figures."

The ports of Los Angeles and Long Beach also saw a significant drop in imports in September.

Regarding the October throughput forecast, Port of Los Angeles Executive Director Gene Seroka said that October volumes "will likely be about the same or slightly lower than September".

Mario Cordero, executive director of the Port of Long Beach, blamed the drop in imports on inflationary concerns from consumers and the retail industry, "resulting in warehouses being stacked with inventory and fewer orders for goods from Asia".

Separately, statistics from the Southern California Maritime Exchange show that the number of container ships at berth at the ports of Los Angeles and Long Beach has fallen sharply so far this year, from 109 on January 9 to four on October 19, the lowest since October 2020.