In 2021, total traffic in scheduled freight ton-kilometres (CTK) increased by 18.7% year-on-year, a marked improvement from the 10.6% decline in 2020. Demand also increased by 6.9% compared to pre-COVID-19 outbreak. The performance of the top 25 airlines was broadly in line with the overall market, as cargo volumes for these leading airlines increased by 18.8% year-on-year. 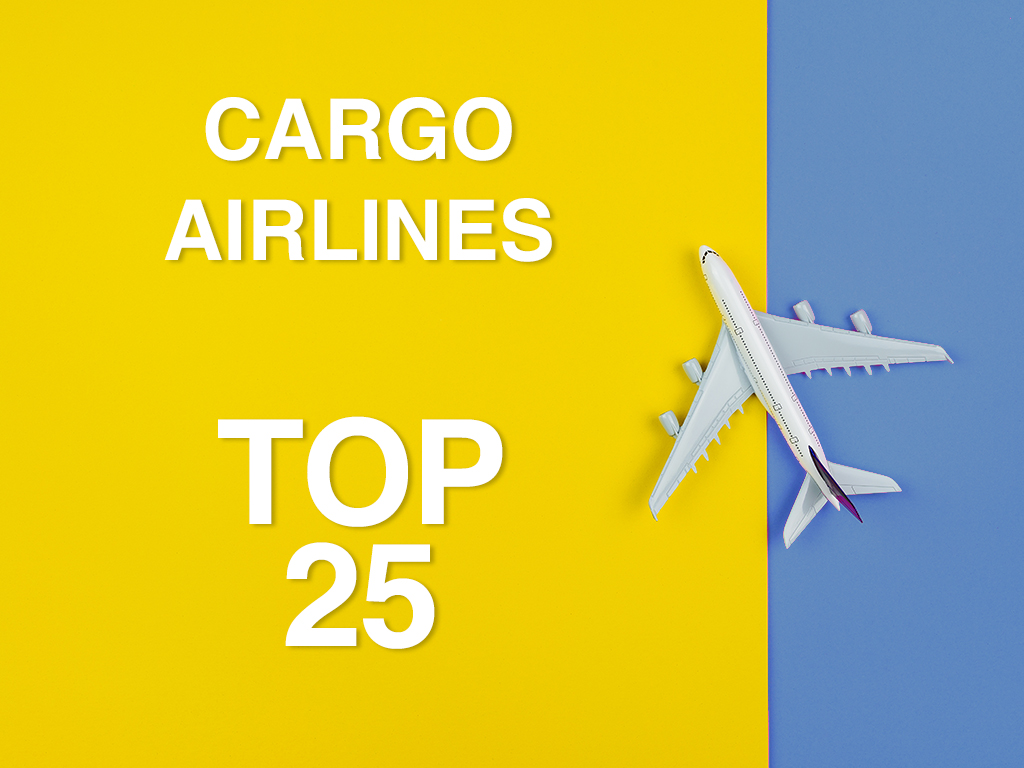 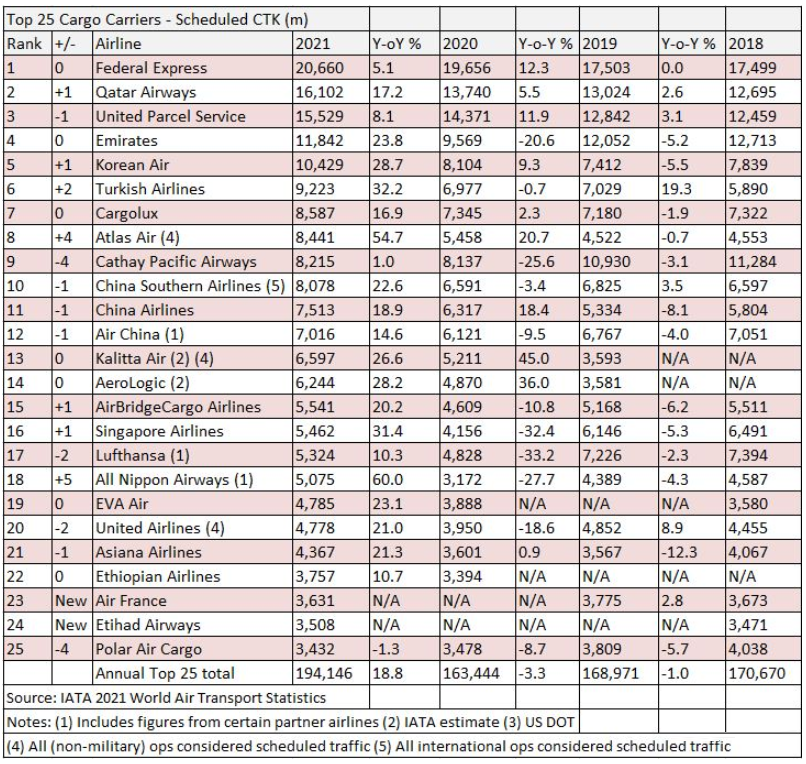 In 2021, FedEx maintained its status as the top cargo airline, although its growth of 5.1% was slower than many other outperformers and the 12.3% year-over-year growth it achieved in 2020. But FedEx still benefited from strong demand for e-commerce, COVID-19 vaccines, personal protective equipment and related supplies, as well as growth in international imports and exports and U.S. domestic package volumes.

UPS grew 8.1 percent last year, but dropped one spot to third. UPS's large fleet allows it to maximize demand, but unlike other companies in the top 25, UPS, like FedEx, can't take full advantage of the demand for dedicated business by freight forwarders and shippers. E-commerce growth has slowed as Covid-19 restrictions are lifted and access to retail stores has become easier, the company added.

Emirates benefited from a recovery in passenger traffic to retain fourth place.

Korean Air moves up one place in the ranking with a 28.7% increase in cargo volume in 2021. However, Korean Air expects limited earnings growth in the air cargo market in 2022 this year, and the recovery of the air passenger market will be delayed.

Turkish Airlines increased by 32.2% year-on-year, ranking up two places. The airline returned to profitability in 2022, with plans to add 14 destinations across four regions.

Cargolux remained unchanged in its ranking, with a year-on-year increase of 16.9%. Cargolux is planning to select 777-8 freighters to replace its 747-400 fleet.

Cathay Pacific Airways dropped four places in the rankings, with cargo volumes up just 1% as capacity was affected by quarantine requirements for Hong Kong pilots and cabin crew.

Kalitta Air is an American cargo airline headquartered in Ypslanti, Michigan. The company operates international scheduled cargo flights as well as temporary cargo charter services, with Willowroon Airport as its base of operations, with an above-average year-on-year growth of 26.6% in cargo volumes.

AeroLogic, established in September 2007, was co-founded by Lufthansa Cargo and Germany's DHL Express with a 50:50 shareholding, and its cargo volume ranking increased by 28.2%.

The last is Polar air cargo, a US-based cargo airline based in New York that operates scheduled cargo routes to Asia, Europe, Australia, New Zealand and the rest of the Americas. It was also the only air cargo company in the top 25 to experience a decline in cargo volumes.