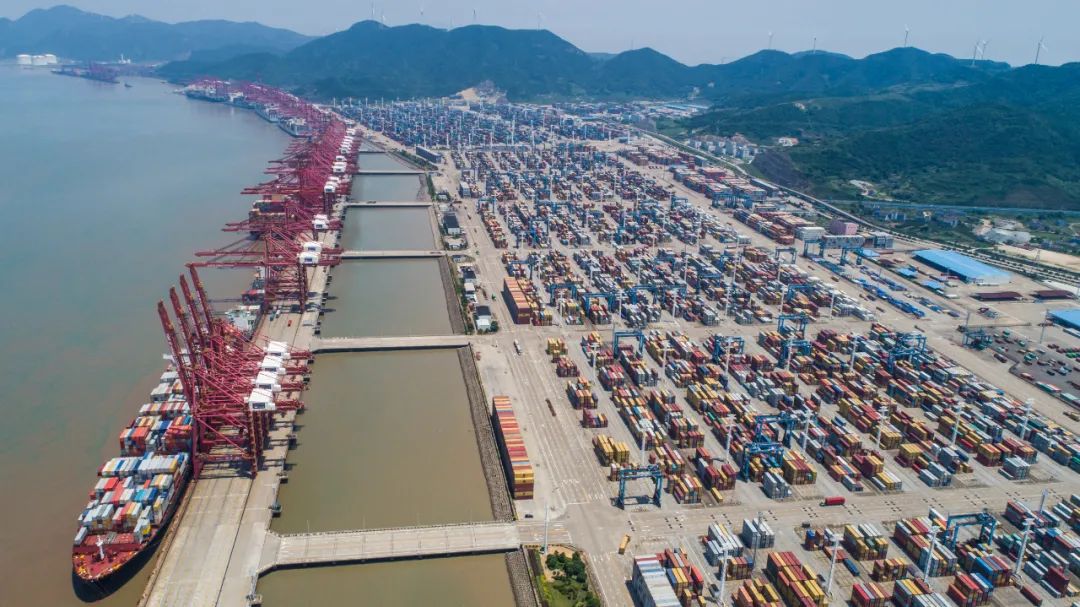 Container shipping consultancy Alphaliner released its ranking of global container ports for the first half of 2022 in its latest weekly market report. 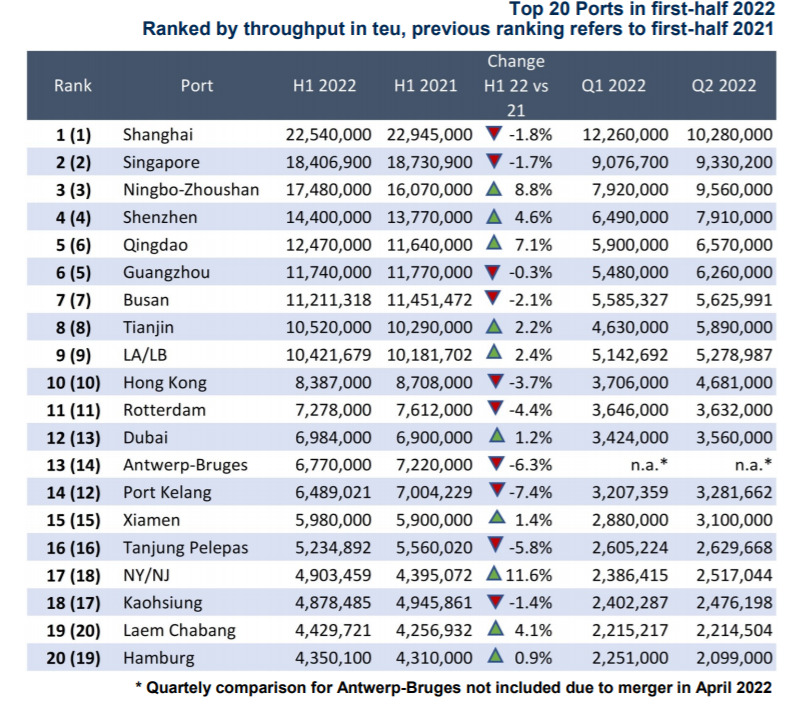 It can be seen that Chinese ports account for 9 of the top 20 container ports in the world.

However, we should also note that the COVID-19 lockdown in Shanghai in the first half of this year caused some cargo to be diverted to the nearby Ningbo Zhoushan port.

Taking May of this year as an example, as some goods were diverted from Shanghai, the throughput of Ningbo Zhoushan Port reached a record 3.3 million TEU in that month, a year-on-year increase of +16%, which once exceeded the data of Singapore. The port of Singapore experienced a certain degree of congestion that month, and throughput also fell by about 2.9% year-on-year to 3.12 million TEU.

Shanghai's overall throughput in the first half of this year fell slightly by 1.8% year-on-year, but it still ranked first with 22.54 million TEU.

Overall, the world's 20 largest container ports handled about 194.8 million TEU of containers in the first half of this year, compared with 192.6 million TEU in the same period last year, an increase of 1.1%. 11 ports increased (China and the United States accounted for 7 ports), and 9 ports saw a decline in throughput.

During this period, while growth varied widely among ports (the slowest was -7.4% in Port Klang and the highest was +11.6% in New York/New Jersey), the overall position of the top 20 ports was solid with no new joiner.

An interesting phenomenon is that although the total throughput of the port is on the rise, Alphaliner said that the throughput of Maersk, CMA CGM, COSCO, ONE, ZIM and HMM in the first half of 2022 fell by about 5.5% compared with the same period last year. to 50.9 million TEU.

Data from ports and shipping lines appears to be contradictory. Alphaliner explained that higher transshipment activity may have distorted the growth figures in part, as cargo that was diverted due to port congestion ended up generating additional throughput, which was not indicative of actual volume growth on specific trade lanes.