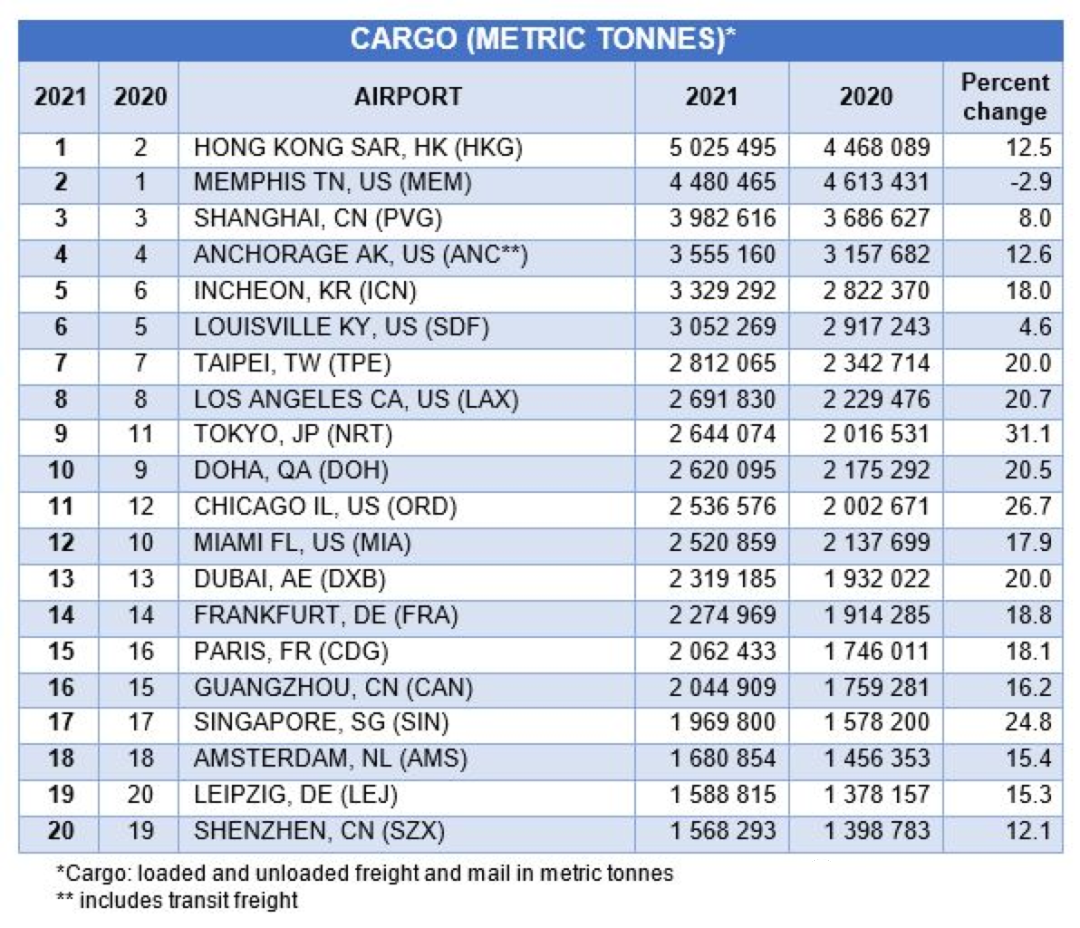 Airports Council International (ACI) said the increase was mainly due to the surge in demand for fast-moving consumer goods and medicines, such as personal protective equipment (PPE) and vaccines, since the outbreak in 2020.

Hong Kong’s tonnage throughput in 2021 is 12.5% higher than in 2020, and in 2020 Hong Kong handles 145,000 tonnes less than the US Federal Express hub. But this year, Hong Kong International Airport said in its August statistics that Hong Kong's cargo throughput fell 11.1 percent to 2.8 million tonnes in the first eight months of the year. In contrast, Memphis is down 10% this year.

In the European region, Frankfurt Airport (the hub of Lufthansa Cargo) remains the number one, followed by Paris-Charles de Gaulle Airport in France, Amsterdam Schiphol Airport in the Netherlands and Leipzig International Airport in Germany.