The latest edition of Lloyd's List's One Hundred Ports tallies annual container throughput figures for the world's top ports in 2020, arguably the most challenging year the industry has ever seen. Despite a recovery in the second half of the year, driven by the lifting of the global embargo, 2020 witnessed the first decline in combined throughput at the world's largest container ports since the impact of the 2008-2009 global financial crisis. 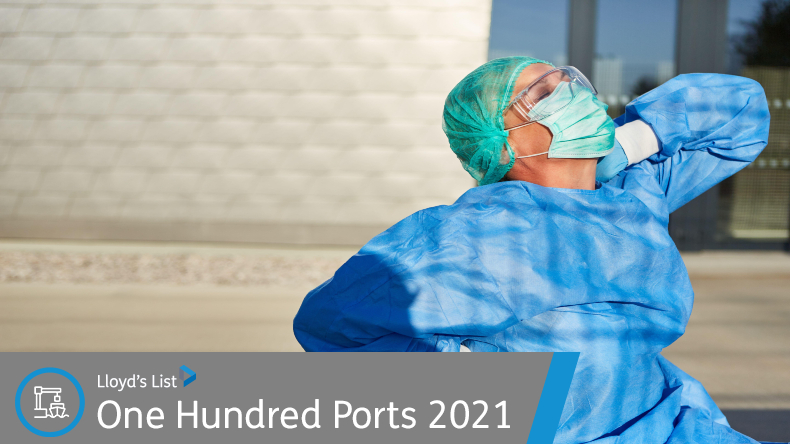 2020 will be a challenging year for all of us and a truly remarkable year for the container port industry. 2020 saw total volumes of just over 632.2 million TEUs, down 0.7% year-over-year. 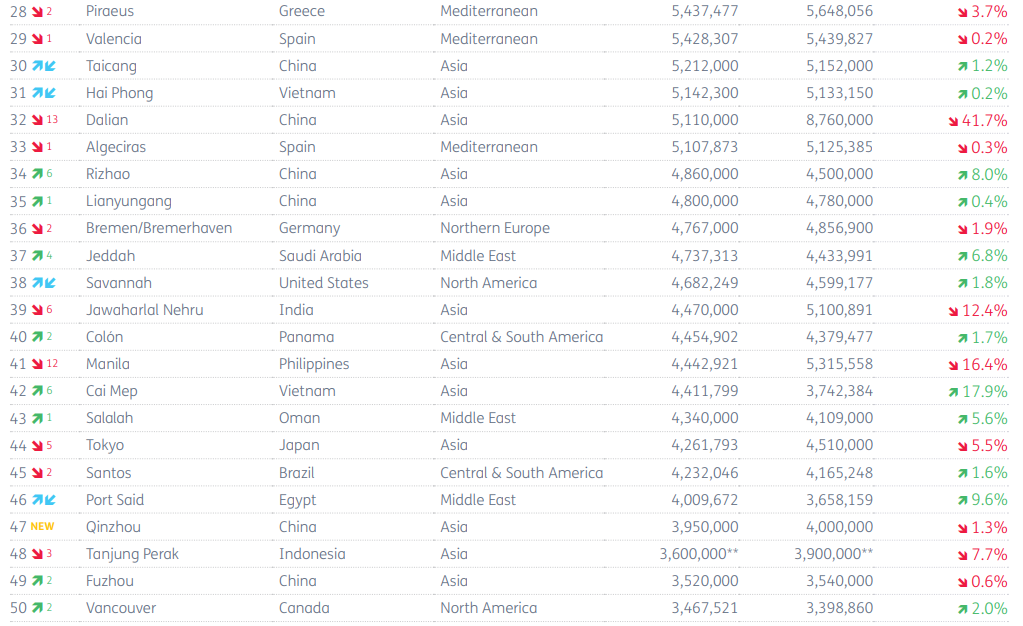 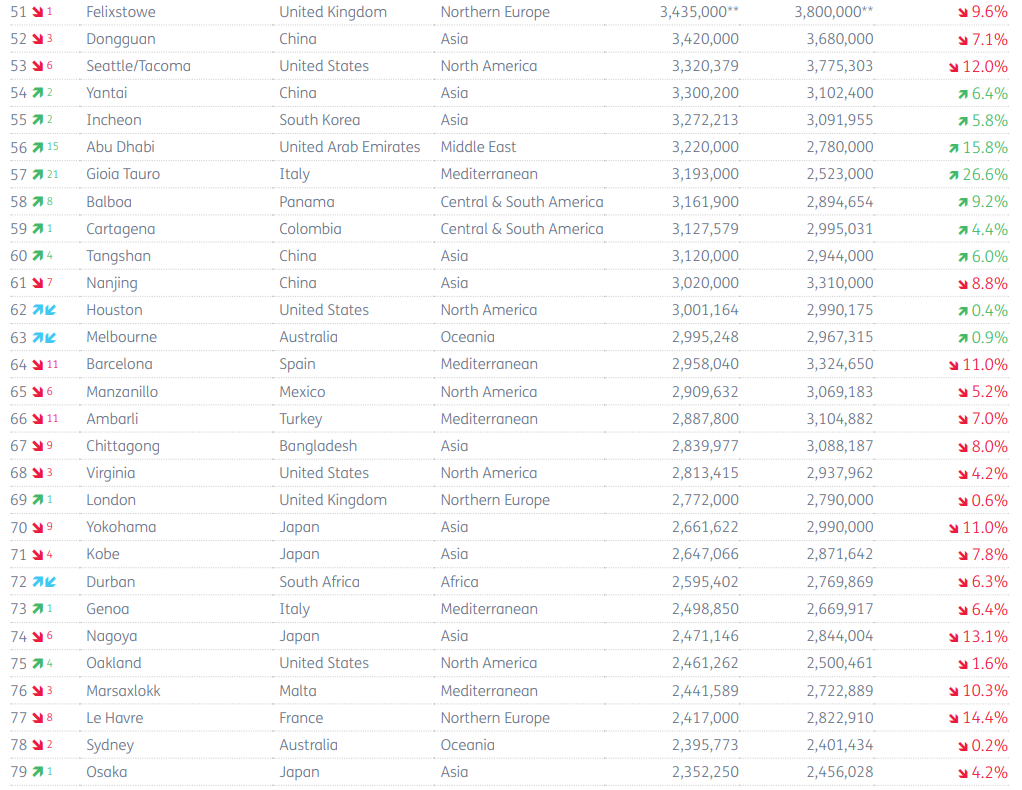 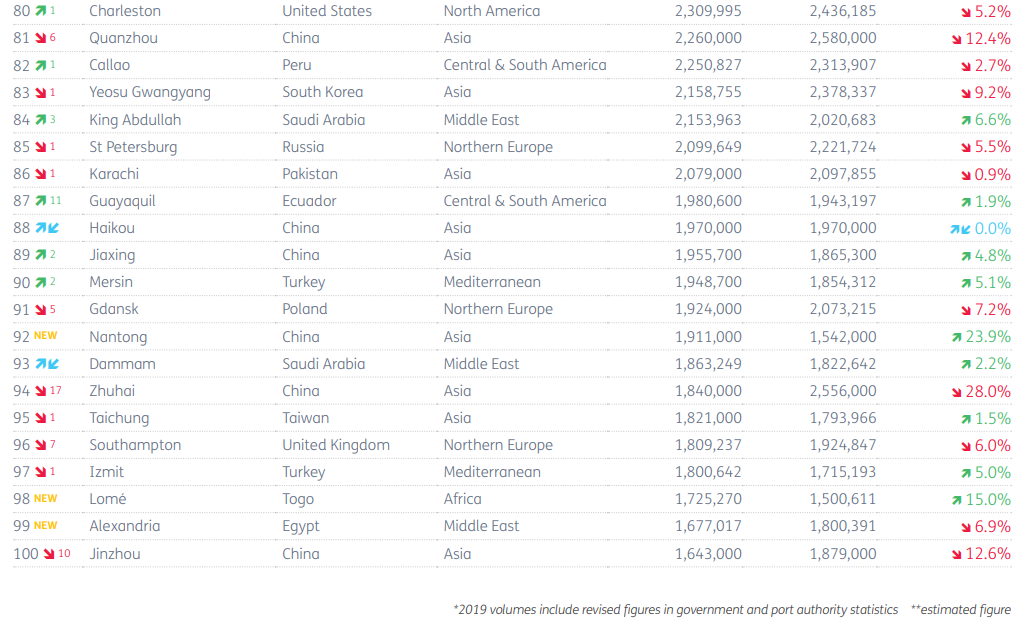 According to Neptune's comb, the Chinese ports that made the list of the top 100 container ports in the world are:

According to Neptune's statistics, Chinese ports account for 7 of the top 10 ports on the list and 9 of the top 20 ports.

The year 2020 is undoubtedly a year that will be recorded in the history of the global port and shipping industry. In the first quarter, the global port throughput trend was relatively sluggish due to the impact of COVID-19; in the second quarter, Chinese ports were the first to return to normal levels against the background of the gradual implementation of anti-epidemic measures, followed by the resumption of operations in European and American ports; in the third quarter, the mismatch between the surging cargo demand and the empty container volume caused the ports to fall into congestion, which lasted until the fourth quarter.

Shenzhen Port and Guangzhou Port are ranked 4th and 5th respectively, although the geographical location is very close, but the positioning of this pair of "neighbors" is completely different, Shenzhen Port to export foreign trade goods, Guangzhou Port is the country's first domestic trade port, the second half of last year, foreign trade rebound, China and the United States route of the fire boosted Shenzhen Port's throughput record highs. The Port of Guangzhou is accelerating the construction of logistics network, building railroads and expanding shipping lanes, and the two ports have achieved steady growth in container throughput.

Among the 6th to 9th places, Qingdao port and Busan port swapped positions, and Tianjin port and Hong Kong port swapped positions. In 2020, Qingdao Port opened 20 new routes and 14 foreign trade routes to speed up the construction of Northeast Asia international shipping hub; Tianjin Port accelerated the development of "public to railway", "bulk to set" and sea-rail intermodal transport. The port of Tianjin is accelerating the development of "public to railway" and sea-rail intermodal transport, and taking multiple measures to achieve a "big reversal" in throughput.

It is worth mentioning that in this ranking, the "Shandong system" of the port progressed significantly, including Yantai Port ranking rose 2 places to 54th, Rizhao Port ranking rose 6 places to 34th. Since the establishment of Shandong Port Group in 2019, Shandong ports have ended the situation of internal chaos and embarked on the road of synergistic development of "thinking in one place and making efforts in one place", with complementary routes and resource sharing, and the tacit cooperation makes the throughput of Qingdao Port, Yantai Port and Rizhao Port rise sharply even under the epidemic.

This time, Qinzhou port entered the list for the first time and achieved a good result of 47th place. In recent years, the development of Beibu Gulf Port has entered an accelerated period, in which Qinzhou Port plays an indispensable role. As an important hub of the international gateway of the new western land and sea corridor, Qinzhou Port, with container and petrochemical transportation as its main focus, has planned three major port areas and five major ports, and has stepped into the top 100 global container ports with a strong momentum. 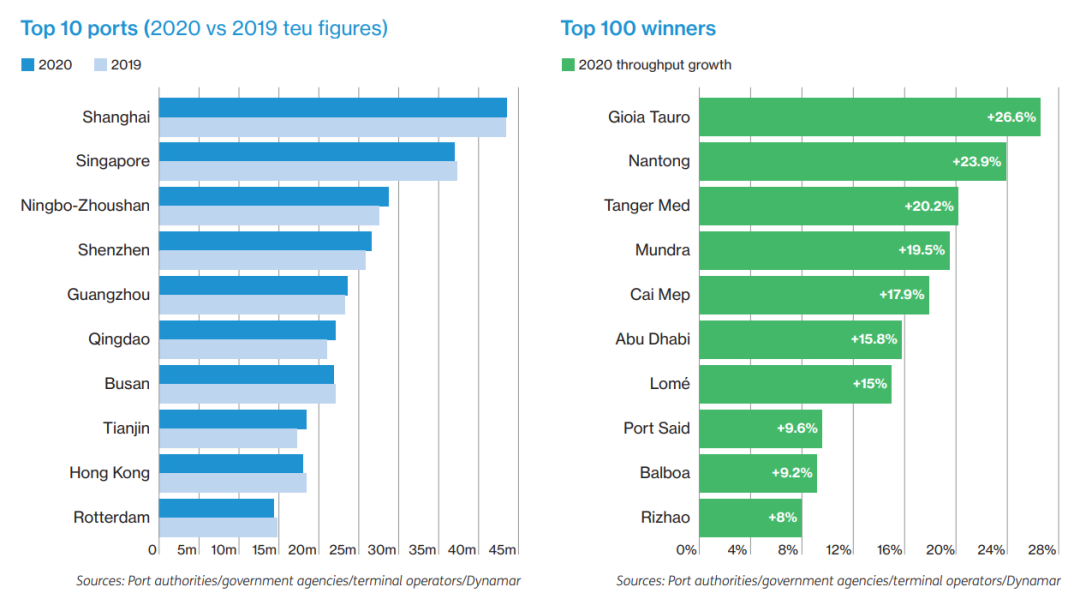 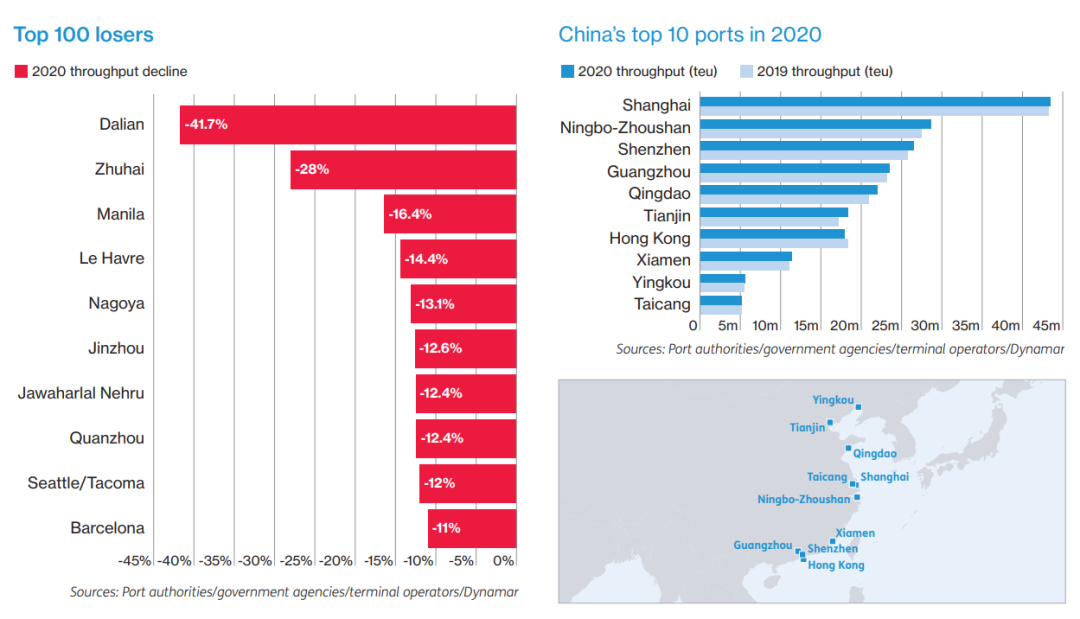 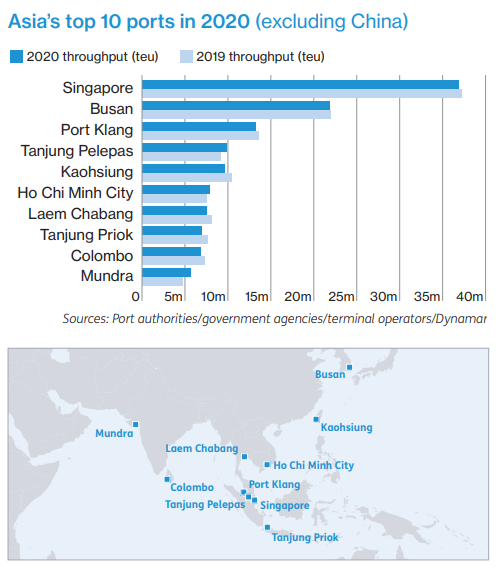 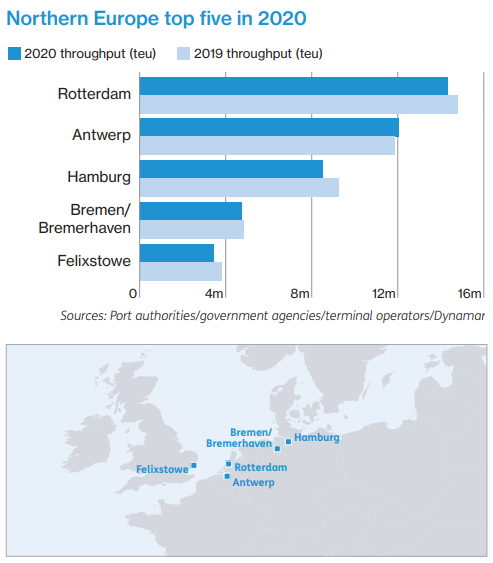 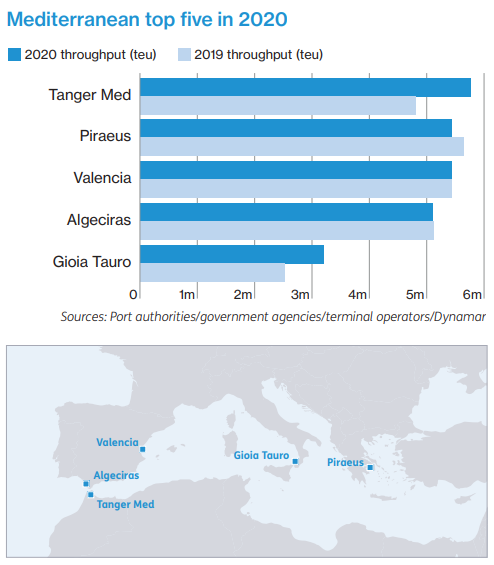