There is no doubt that 2020 will remain in history as the year of major disruptions brought about by COVID-19. From blockades occurring at different times in different parts of the world, to the boom in e-commerce and increased demand, to difficulties in container supply, dramatic increases in container costs and record high new orders for container ships. 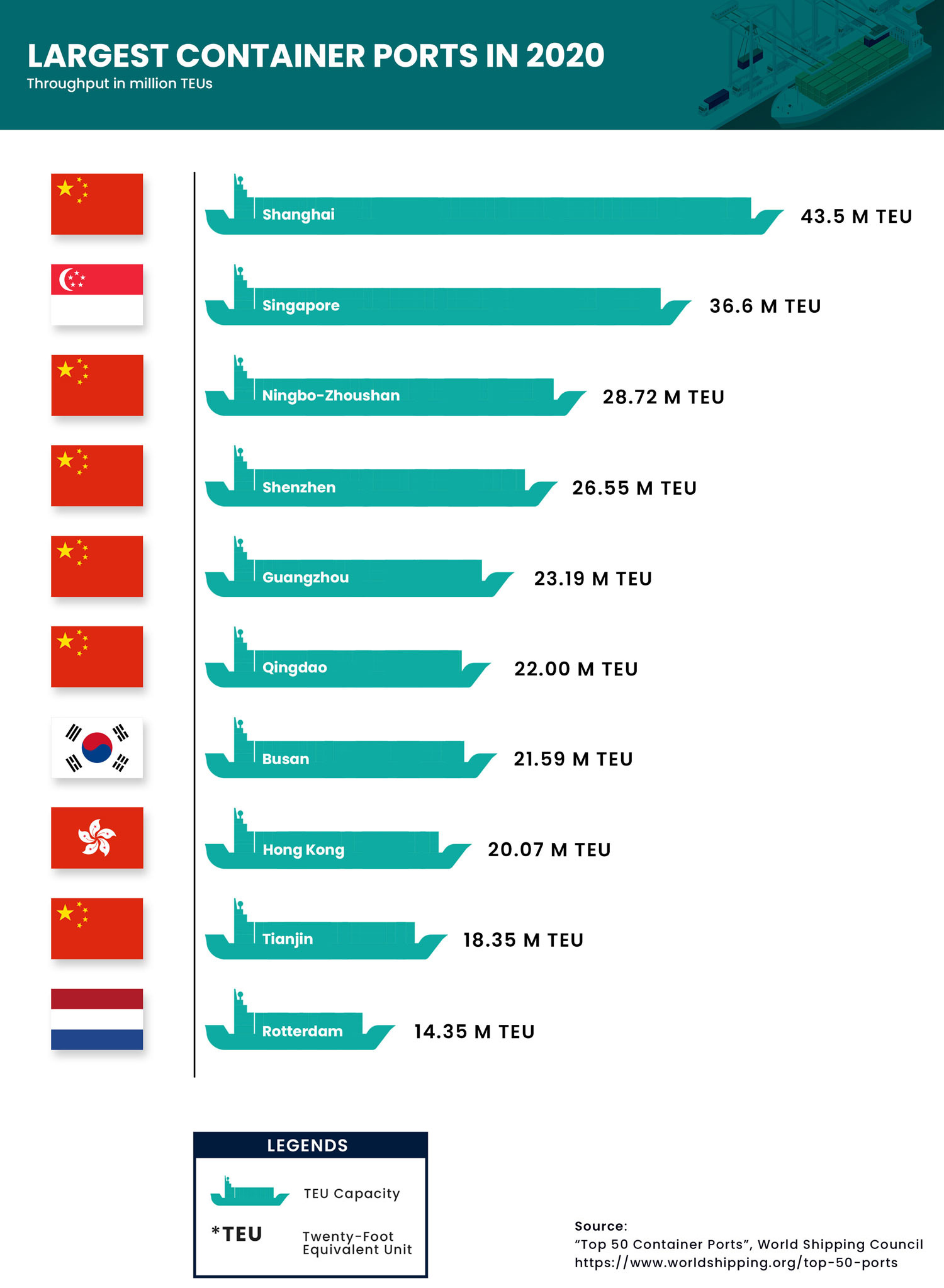 In the past few years, most of the top 10 largest container ports in the world have been occupied by Chinese ports, with the only port outside of Asia in the top 10 being the Dutch port of Rotterdam. According to the World Shipping Council, the top 10 ports in 2020 are the same as in 2019, with Busan being relegated to No. 7 by Qingdao.

For many years, Singapore has been the world's largest seaport, coming in second since 2010 when Shanghai became the world's largest and busiest container port. According to Statista, more than a quarter of China's annual import and export trade passes through the Shanghai International Port, a majority-owned state-owned company that includes a deep-sea port (East China Sea) and the Yangtze River port, which also makes the Yangtze a viable sea transport corridor.

In 2020, the Port of Shanghai handles more than 43 million TEUs, with a 17% increase in container turnover from four years ago in 2016.

Manufacturers, suppliers and buyers across all industries rely on container shipping services to import and export goods. Overall, the top 10 global ports saw a 2% increase in container turnover, with China and Hong Kong seeing increases.

With a projected 6% increase in fleet capacity, total throughput is expected to increase over the next few years, depending on orders placed. Can Shanghai retain its ranking?