Airports Council International (ACI) announced the 2021 ranking of the world's busiest airports in the TOP10 rankings on April 11, which are classified in terms of passenger traffic, cargo volume and aircraft movements.

Top 10 Busiest Airports in the World 2021 by Passenger Traffic 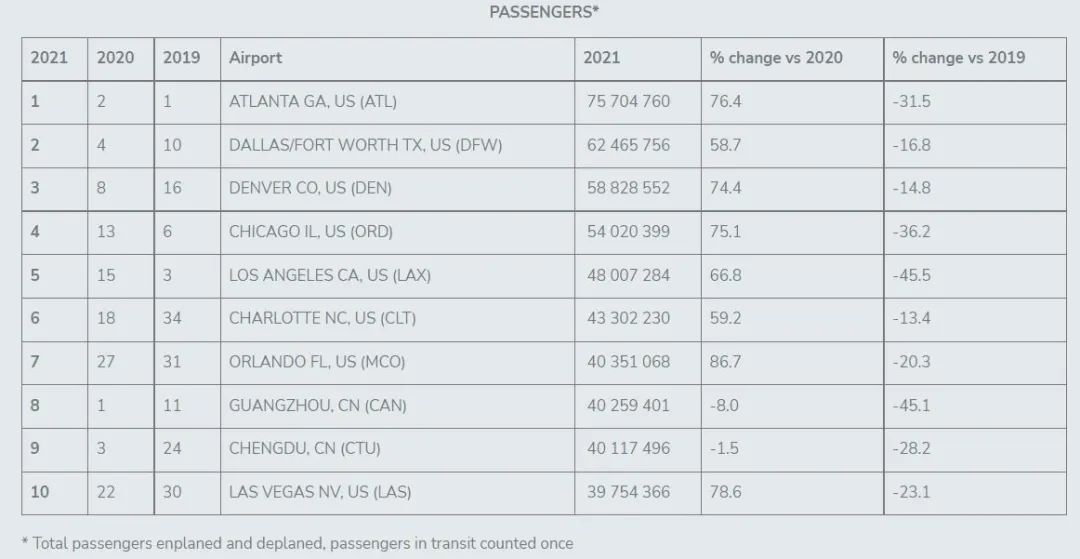 It is worth noting that only Guangzhou Baiyun and Chengdu are on the list in China. According to the data of the world's busiest airports in 2020 released by ACI, 7 of the top 10 airports by passenger traffic in 2020 are in China. At that time, Guangzhou Baiyun, Chengdu Shuangliu, Shenzhen Baoan, Beijing Capital, Kunming Changshui, Shanghai Pudong, and Xi'an Xianyang were all on the list. 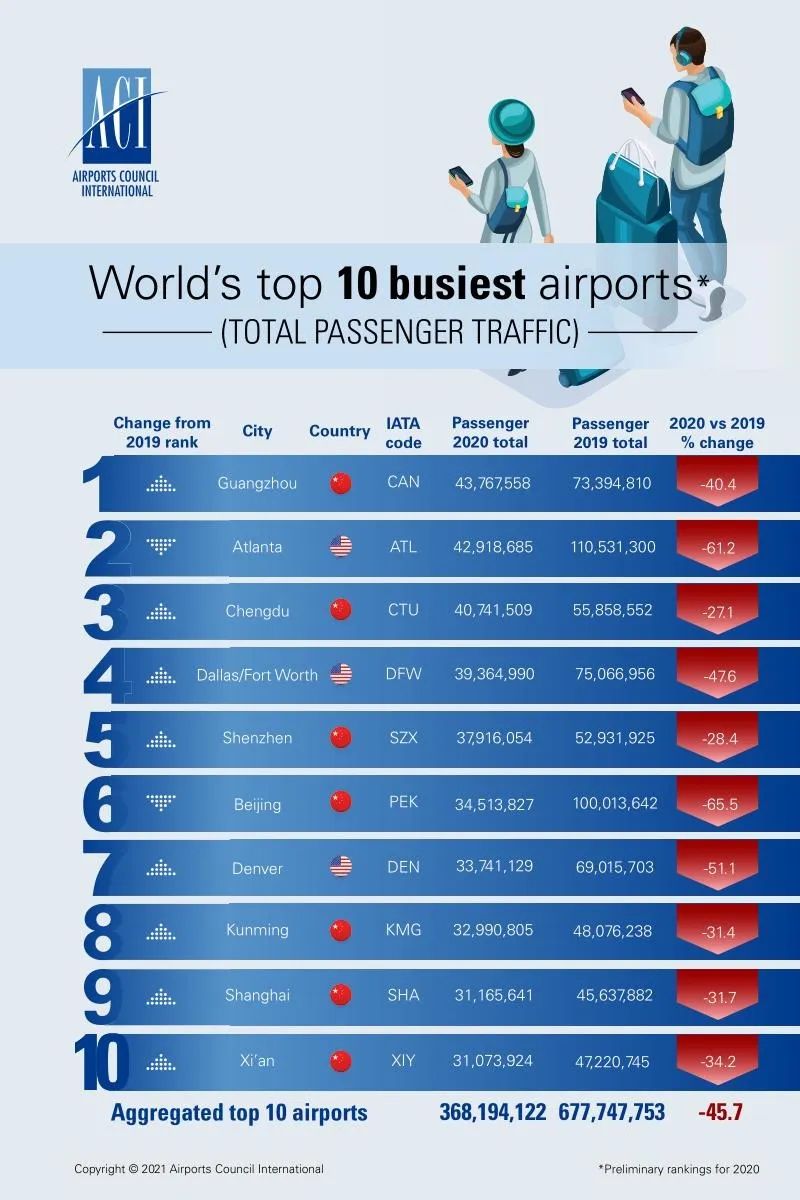 ACI World Director General Luis Felipede Oliveira said: “The rankings show an encouraging recovery trend, with most of the busiest airports returning to the list before the pandemic. While we are cautious that the recovery may face multiple headwinds, countries The momentum created by the reopening of travel plans is likely to drive tourist arrivals higher in the second half of 2022. As such, ACI will continue to advocate for governments to ease travel restrictions as appropriate to allow for the safe resumption of the flow of people, goods and services. Provide more travel options and drive an overall recovery through the aviation industry's unique role in boosting trade, tourism, investment and job creation."

Top 10 Busiest Airports in the World 2021 by Cargo Volume

Air cargo volumes, which were less affected by the pandemic, rose nearly 15% year-on-year (3.5% from 2019) and are expected to reach a record 124 million metric tons in 2021. This growth can be attributed to the continued growth in demand for online consumer and pharmaceutical products. 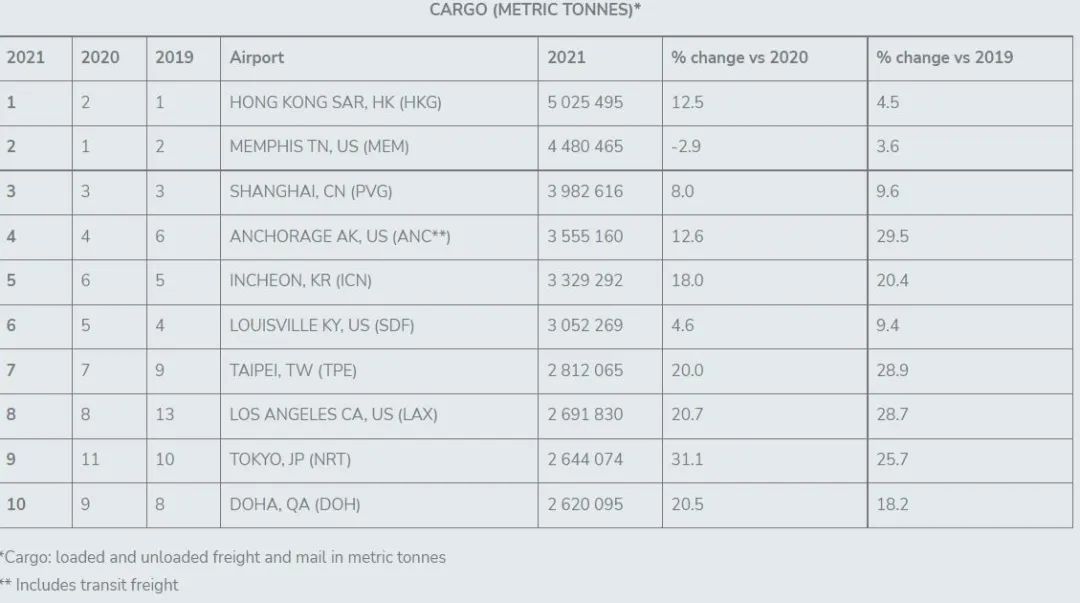 Top 10 Busiest Airports in the World 2021 by Aircraft Movements 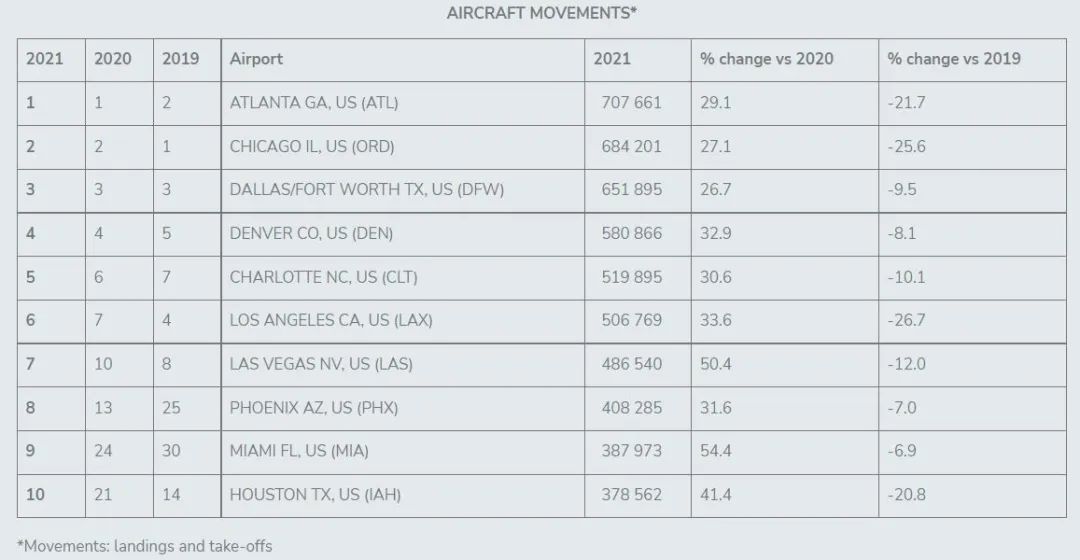