Thieves make off with 20 shipping containers at Mexican port

Some time ago, there have been a number of theft incidents at the West American port, which has a backlog of containers. Recently, an unprecedented robbery took place at a port in Mexico. 20 containers of gold, silver ore and high value-added electronic products were robbed. The media called it "the largest robbery in history". 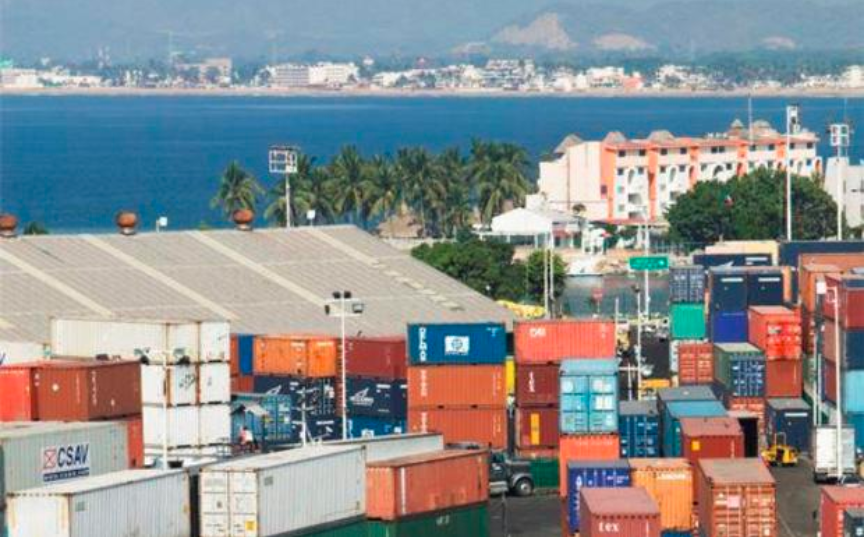 The Mexican Employers Federation disclosed on June 13 that a group of robbers stole 20 freight containers in the cargo stacking area of the Manzanillo port in western Mexico a few days ago. The contents included semi-refined gold, silver ore and TV - The value of the looted goods is so great that the media smacking.

According to relevant investigators, “the robbers were very picky about the type of goods they stole, and only looted precious metals and other valuable goods, such as televisions. The stolen goods such as televisions will soon be sold on the Mexican black market, but the semi-refined goods weighing several tons Gold and silver ore, it is not clear where the robbers can change hands, because any smelter may ask the source when it takes over.”

Horacio Duarte, the head of Mexico's customs agency, confirmed the robbery and said it was a very serious organized crime and would be further investigated.

Jose Medina Mora, president of the Mexican Employers' Federation, said the robbery showed that criminal activity in Mexico was rampant and that the government should take action to combat it. In Mexico, thefts in the trucking industry are common, but usually by hijacking trucks on the road.

Congested ports give thieves an opportunity

Industry insiders said that the theft of trains in operation can occur, and the goods piled up in ports are even more dangerous. Under the current epidemic situation, the port's capacity for loading, unloading and transporting containers has declined, and a large number of containers have accumulated, which provides opportunities for some illegal thieves.

Since Covid-19, the western United States has been one of the worst hit by port congestion in the world, with more than two-thirds of containers sitting nine days or more, according to CargoNet. During this period, the ports of Los Angeles and Long Beach became the biggest target ports for thieves, followed by Texas and Florida. According to reports, in the first nine months of 2021, during the most severe period of congestion at the western United States port, the amount of goods stolen at the western United States port reached 45 million US dollars, and the amount of stolen goods in the third quarter was 5 million US dollars. It was 42% higher than the previous year, with most of the stolen goods belonging to electronics and refrigerated food.