Several associations in Spain's transport ministry have called for an indefinite strike across the country from March 14. Maersk issued a statement saying that the strike will make container shipping a challenge and that shipping plans will also be affected due to external reasons beyond its control. 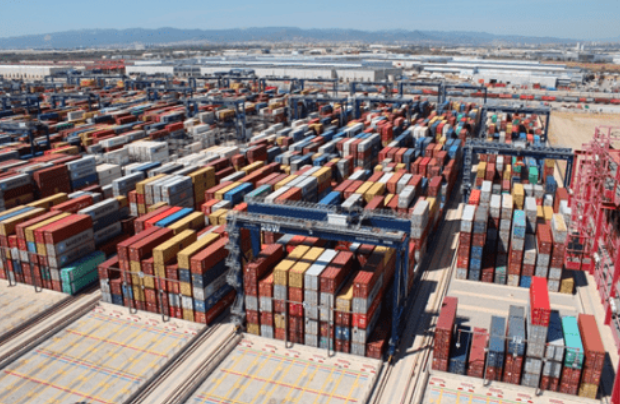 Plataforma Defense Sector Transporte, a Spanish association founded by carriers to represent the interests of small and medium-sized businesses in the transport sector, announced an "indefinite national strike on all types of transport" starting March 14.

According to local media reports, the strike will be led by subcontractors of the country's major logistics companies and calls for condemnation of rising operating costs, including fuel.

Plataforma Defense Sector Transporte said in a statement: "90% of small and medium transport companies are in a financially bankrupt state with completely precarious working conditions. All salaried drivers will bear the direct consequences and we will defend them in the necessary litigation. defend."

The strike is expected to affect container shipping in the country. In a recent advisory, Maersk stated that the strike by truckers could lead to disruption of container shipments in Spain: “In light of the announced strikes, shipping of containers will be a challenge. Due to these external reasons beyond Maersk’s control, our shipping plans will also be affected by influence." 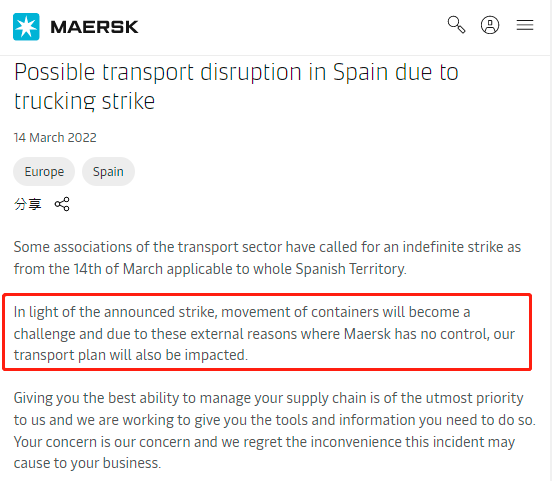