The third round of negotiations between South Korean trade unions and the government on June 11 failed to make progress on their demands for higher wages, and truck drivers went on strike for the sixth day on the 12th. The strike has paralyzed the movement of goods in South Korea's industrial hub and major ports. 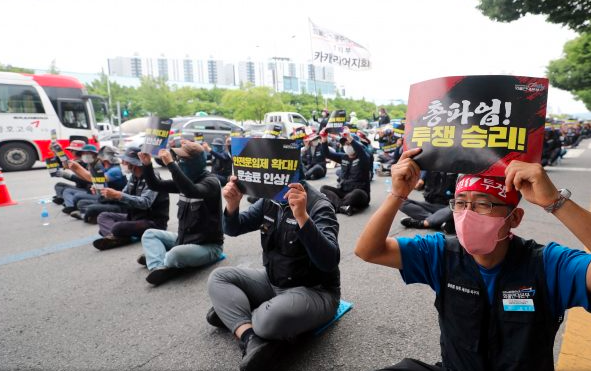 This is the first mass strike protest South Korean President Yoon Seok-youl has faced since taking office. Truckers' unions have opposed the government's decision to scrap the basic wage guarantee for drivers at a time when energy prices are soaring.

Driver strikes or slowdowns at key terminals have slowed or stopped cargo shipments at the container yards at Busan Port, Pyeongtaek Port and Uiwang.

(According to data from South Korea’s Ministry of Transportation on Thursday, the daily container throughput of 12 ports across the country fell by 64% from the May average. Busan Port, the seventh largest port in the world and accounting for 80% of South Korea’s national container throughput, has 13,035 containers, only 30% of the usual volume; Ulsan Port, where Hyundai Motor is produced, was paralyzed for four consecutive days; Incheon Port’s throughput dropped to 20% of its usual level; in addition, the delivery volume of Pohang and Daesan Port was reduced to zero, Shipping of steel and petrochemicals has also been affected.) 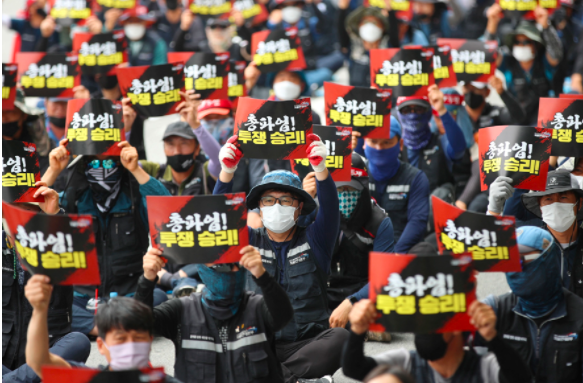 South Korea's transport ministry said it held a third round of talks with truck drivers' union leaders that lasted more than 10 hours on Saturday, urging drivers to return to work, but the two sides had yet to reach an agreement.

About 100 union truck drivers gathered today at the gates of a large Hyundai Motor plant in the southern city of Ulsan to protest soaring fuel prices and demand guarantees of minimum wages, union officials said. He said hundreds of people were expected to join the protests on the 13th.

About 40 people were arrested in the strike, some of whom were later released. The strikes were largely peaceful, although tensions were high in some places.

About 6,600 truckers, or about 30 percent of members of the Cargo Truckers Solidarity union, went on strike on the 11th, the Ministry of Land, Infrastructure and Transport said, halting trucking at the Ulsan petrochemical plant and slowing steel giant POSCO. ) of steel products delivered.

The union said the actual number of strikers was higher than officially stated, and that non-union truck drivers also chose not to work. The union did not specify the number of participants.

A union official said it was unclear whether negotiations would continue. The Transport Ministry said it would continue talks with unions, but gave no details. Union leaders from 16 regions across South Korea gathered on Sunday to discuss next steps, a senior official in the union's Busan region said. 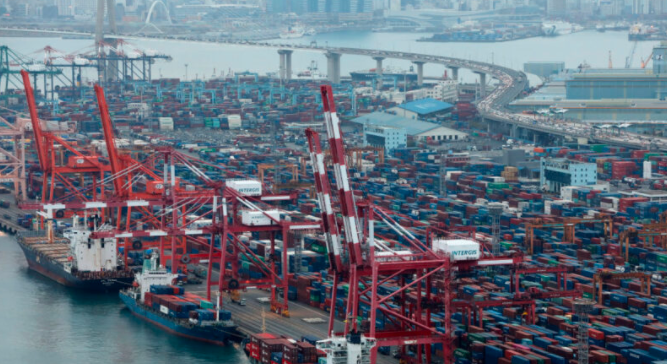 The strike by truck drivers in South Korea, a major supplier of semiconductors, smartphones, cars, batteries and electronics, has hampered exports of these products, deepening doubts about the reliability and security of global supply chains.

Consumer inflation in South Korea is now at its highest level in 14 years, while a slowdown in chips, petrochemicals and cars further threatens South Korea's exports, raising economic risks.

A total of 31 industry associations issued a joint statement on Sunday urging truck drivers to end their strikes and return to work, as industries such as cement, petrochemicals, steel, auto and IT components are chugging supply chains.