Shunto, All Port Terminals in Japan Will Be Suspended

Every year from February to April, Japan's shunto will enter the spring wage offensive, where labor unions and companies (employers) negotiate and fight for wage increases for workers.

The Japan Ports and Transportation Association (JHTA) and the Japan National Federation of Dockworkers' Trade Unions (Nikoren) are expected to negotiate the wages of dockworkers. 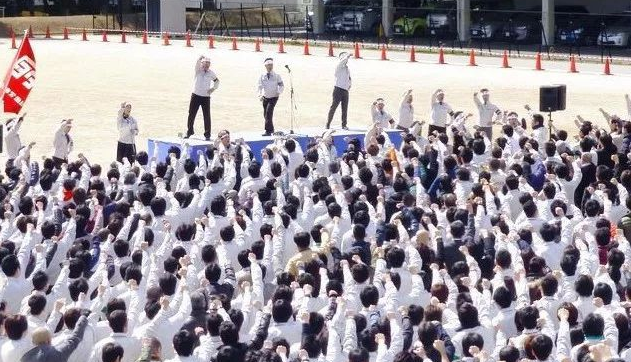 An update from Texas-based 3PL logistics provider Crane Worldwide Logistics says the strike will begin in the early hours of April 17 and end 24 hours later in the morning of April 18, saying, "This will Affects all ports and all dockworkers in Japan and will be completely blocked within 24 hours."

Shunto, also known as "Spring Life Struggle" and "Spring Wage Struggle", is a struggle organized by Japanese trade unions every spring to raise workers' wages. In 1954, Kaoru Ota, chairman of the Hehua Chemical Workers Federation, proposed the case, and the first Shunto began in 1955. Since then, the "Shunto Co-fighting Committee" has been jointly formed by the major trade unions every year to lead Shunto. It has now become one of the fixed forms of the Japanese labor movement. Shunto generally takes the form of negotiation.