Since the second half of 2020, global ocean freight rates have soared, and freight rates from Asia to the United States have increased particularly strongly.  Therefore, the hot market and high freight rates of the U.S. route continue to attract new players! 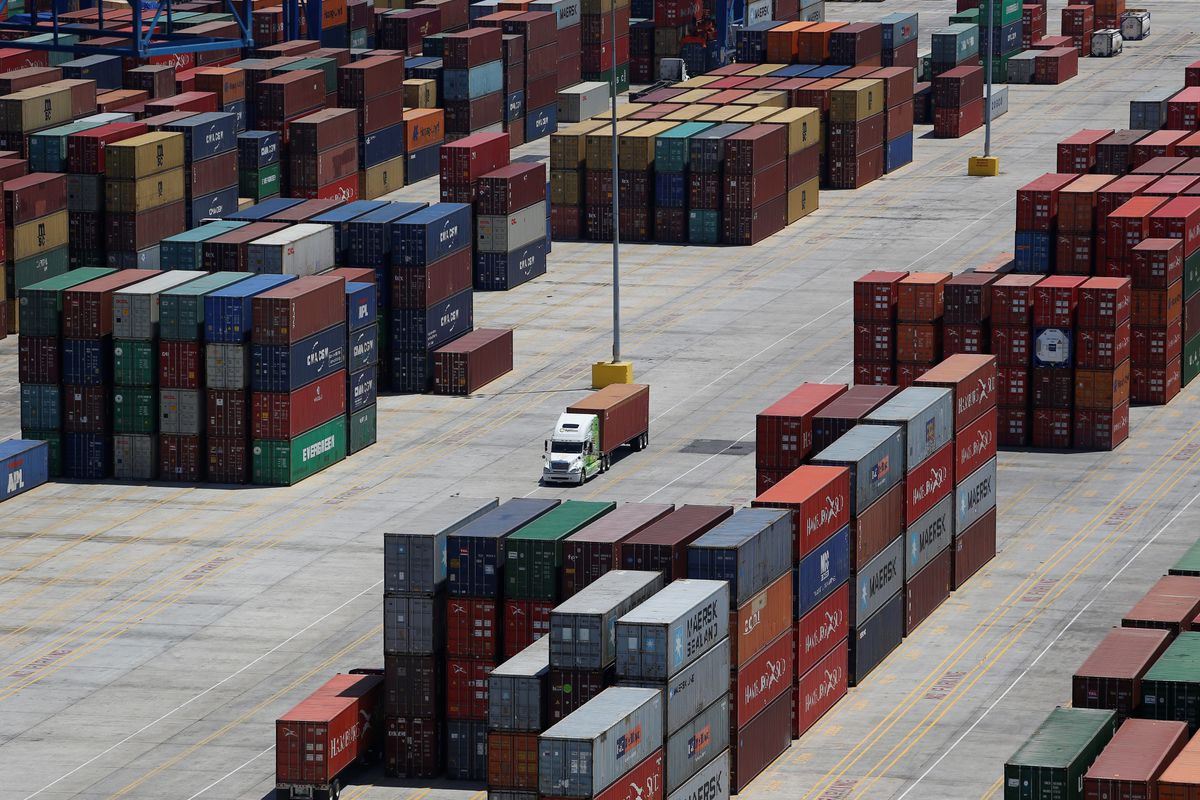 It is understood that the ALX route is the first US-West express route opened by Marine Shipping in the Nansha port area. Initially, 6 4900TEU-6350TEU container ships will be used for biweekly operation, and will be upgraded to weekly operation in the future.

The port sequence of the route is Nansha, Ningbo, Long Beach, and Nansha.

This may be the new shipping company that has invested the most in capacity this year. It has invested not only full container ships, but also the number of ships (6 ships) and the single-ship capacity (6 ships 4900TEU-6350TEU), two data and some in the industry. "Regular army", such as Mason, Yixing and Wan Hai, show no weakness!

The most important thing is that the positioning of the route of Singapore Sea Territory is not a general purpose of diversification or overtime, but a weekly route!

2. New players get together and enter, the freight rate of the U.S. line plummets by 15%!

Before the launch of the new route of Singapore Marine, the new US-Western route also showed a tendency to get together in the past two months!

CULines (China United Shipping) opened the Trans-Pacific Express (TPX) on July 18, directly connecting Shanghai and Los Angeles. The initial scale of the new service will be five 1,700 teu to 4,400 teu container ships. In September of this year, TPX will increase the carrying capacity of the container fleet.

This new route, called "Ali Clippers" by the industry, was launched in early August. It only takes 15 days for the voyage from the domestic port of departure to the western United States.

It is reported that this time, Alibaba leased a number of container ships from the tight market in one go, with a capacity ranging from nearly 2,000 TEUs to more than 4,000 TEUs. It is estimated that an average of nearly 3,000 Teu of transport capacity will be supplied per week!

According to the official public information of Shenzhen Yantian International Container Terminal:

Recently, foreign trade companies and shipping companies have joined forces to alleviate the adverse effects of insufficient capacity in the form of foreign trade overtime ships.

On August 6, Zhiyuan "Ali" overtime ship called Yantian. After being fully loaded at Yantian International, the ship "Ali" sailed directly to the West Coast of the United States and is expected to arrive at Long Beach in the United States 13 days later.

On August 9, the Aladdin "Kalita" overtime ship packed at Yantian International and departed Asia with full load and sailed to Rotterdam, the next port in Europe.

With the addition of new liner operating companies and continued overtime ships, the freight rates from China to the West Coast of the United States have recently shown a downward trend.

A week ago, CCTV just reported that the freight rate of the U.S. route exceeded the US$20,000 mark for the first time. However, with the influx of new routes and overtime ships this week, the freight rate has plunged rapidly!

Although it is said that the plummet of freight rates on the US route this week was not due to a new route of a Singapore marine service. However, the continued large number of overtime ships, scattered and regrouping, and the addition of large and medium-sized pure container ships such as Ali and Singapore Marine Shipping have eased the market capacity to a certain extent, and will be reduced in the short term.

Industry analysts generally believe that it is normal market feedback and the beginning of healthy market competition!

The peak season is about to come. In addition to freight, the peak season needs to be concerned about. At this time, customer development is also more effective.

3. The Meishan Wharf of Ningbo Port will be unblocked on August 25 and will be fully restored on September 1st!

In the latest news, after the Meishan Wharf of Ningbo Port has strictly implemented the epidemic prevention and control policy, the port area will continue to operate the import of ships already in the port and waiting to be shipped on the 18th of this month. After the release of the seal on the 25th, the in-carrying service resumed in an orderly manner. Meishan recovered as a whole on September 1.

Due to the impact of the epidemic, Ningbo Zhoushan Port Meishan International Container Terminal suspended all inbound and outbound services at 3:30 on the 11th of this month. Many sellers' goods were affected, and some ships jumped from the port and diverted to Shanghai.

It is reported that the terminal needs 10 days to 2 weeks to clear the backlog of container ships.