Port of New York and New Jersey Becomes Busiest in the U.S.

Data from the Port Authority of New York and New Jersey (PANYNJ) shows that the port saw a 24.1 per cent increase in container cargo volume in August this year compared to August 2019. 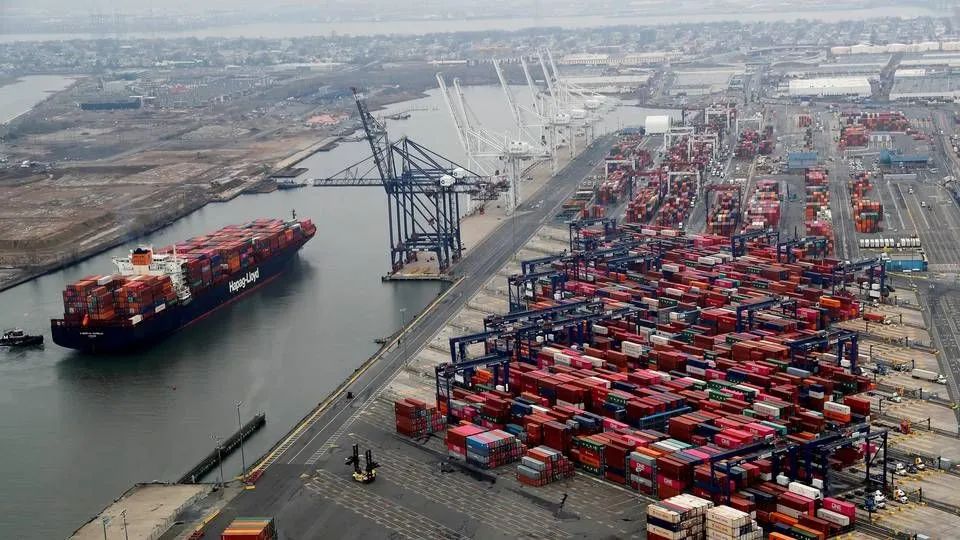 Prior to COVID-19, imports from South East Asia were mostly berthed on the US West Coast for cost reasons. The global container freight index launched by the Baltic Shipping Exchange and Freightos shows that the current freight price from China/East Asia to the US West Coast is US$3,441/40-foot container (FEU), and the freight price from China/East Asia to Northern Europe is US$7,657/FEU. Although the price in the US East has fallen from its high level, it is still more than twice as expensive as the price in the US West.

A number of foreign trade industry insiders told the First Financial Reporter that due to the fear of potential strikes due to labour contract negotiations this summer, shippers or carriers made early adjustments to avoid the US West route, which led to a continued shift of trade flows from the US West to the US East.

Port of New York and New Jersey Becomes Busiest in the U.S.

According to the Port Authority of New York and New Jersey, the five busiest months for the port since records began were in 2022.

Until August, when data showed that the "risk aversion mentality" had produced a historic change in the number of containers handled by the port, making this August the busiest August in the history of the Port of New York and New Jersey, and its fourth busiest month ever.

"We are surpassing the volume of shipments we had before the epidemic." Kevin O'Toole, chairman of the Port Authority of New York and New Jersey, said, "Our plan to supplement our infrastructure with rail was an unlikely thing four or five years ago, and now it's happening." Continued growth in logistics has made East Coast ports and Gulf of Mexico ports the winners of the current shift in trade flows, and the logistics companies and warehouses that service these ports are benefiting from the increased containers.

A fourth quarter inflection point in US East port congestion?

Meanwhile, the number of vessels waiting at US West ports is declining. in January 2022, the Southern California Marine Exchange and the Los Angeles and Long Beach Vessel Traffic Services Center set a record of 109 vessels waiting, which recently dropped to a record low of eight vessels at one point.

However, according to Josh Brazil, vice president of supply chain insights at project44, a US-based supply chain digital services company, "Despite the increase in imports, congestion at East Coast ports could see an inflection point after months of record import levels. Port backlogs are likely to continue to ease in the fourth quarter as a slowdown in consumer demand leads to lower ship numbers." With the US still in the midst of a consumer transition between the fourth quarter of this year and the first quarter of next year, and retailers de-stocking, a single-digit year-on-year decline in imports is to be expected. Retail sales and inventory data released by the US Census Bureau (USCB) on 15 September showed that retail sales in August remained largely at a high level, while total retail inventories continued to climb, suggesting that 'de-stocking' will take a relatively long time.

Imports in the fourth quarter will be lower than in the same period last year, and the easing of inflation is an attempt by the US government to release positive signals that real inflation is still at a very high level. The Federal Reserve has again raised interest rates sharply, and the suppressive effect on consumption will gradually emerge later, without seeing the good news of a rebound in the volume of goods.