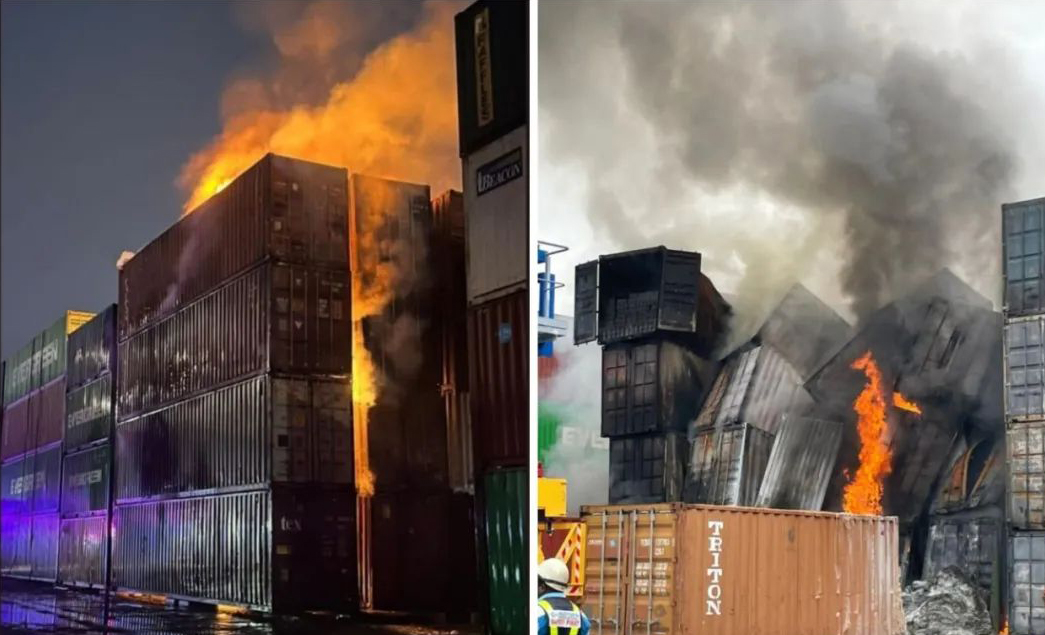 Burst! Fire broke out in West Port Klang, firefighters took 11 hours to control the blaze, which destroyed dozens of containers and goods.

The general manager of the Port Klang Authority, Subamalian, said on the 5th that the fire broke out at 4:15 pm on the 4th. No one was injured in the accident, and authorities are currently investigating the cause of the fire.

According to the announcement issued by the Port of Klang Authority on the 5th, this fire occurred at 4:15 pm on the 4th in the container area (block 07J Bay 0506), 0506 Bay, Klang West Port, burning a total of 22 containers; another 38 containers The container was affected and damaged. These containers are for "general cargo", i.e. dry general purpose, and do not involve any dangerous goods. "Except for the fire area being blocked for investigation, the unloading machinery in the port has not been affected, and all loading and unloading transportation is now proceeding as usual." 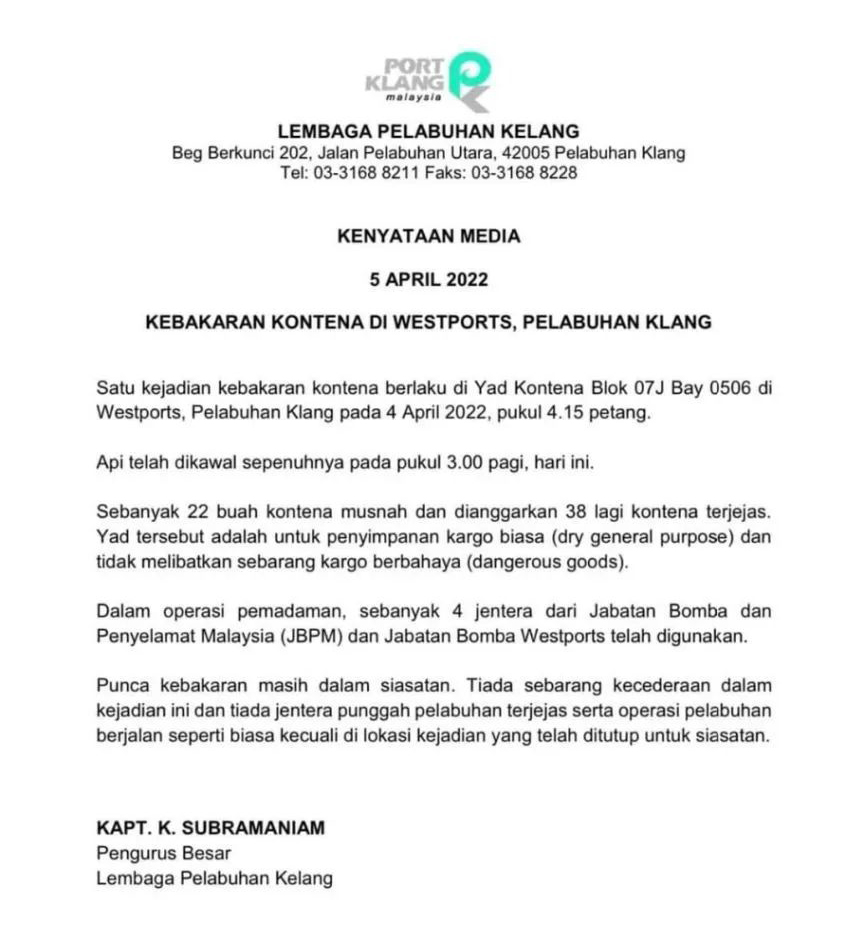 Selangor State Fire Department chief Noah Zhan said earlier that the fire started with eight containers, which were divided into two rows and stacked one above the other.