Please note for exports, these countries are at risk

With the advent of the era of high inflation and high prices, unemployment rates in various countries have risen and people are living in difficulty. The economies of several countries have been affected to varying degrees, and many companies will even face bankruptcy and collapse. 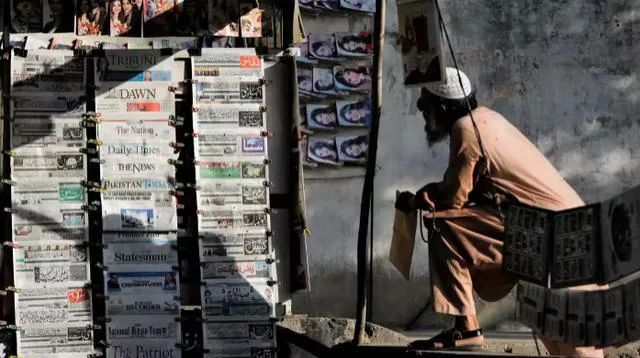 Currently, Pakistan's foreign exchange reserves have plummeted to $10.3 billion, just enough to cover less than two months of imports, and the country will face an imminent international default and bankruptcy crisis.

It is understood that Pakistan's Ministry of Finance has sent a fiscal team to Doha for consultations with the IMF, which will last until May 25, after which the IMF will make a decision.

Affected by COVID-19 and high fuel prices, Sri Lanka is currently experiencing the most severe economic crisis since independence in 1948.

The grace period for Sri Lanka's $12.6 billion foreign debt expired on the 18th, meaning that Sri Lanka has defaulted on its sovereign debt for the first time since its independence from Britain in 1948.

Due to the severe economic crisis, Sri Lanka is experiencing severe shortages of fuel, food and medicine, with power cuts for several hours a day and queues for petrol and diesel. This has had an extremely serious impact on the lives of the local population, with many factories and businesses unable to start work at all, and the country's economy suffering huge losses.

Lebanese Deputy Prime Minister Saad Shami announced on April 4 that Lebanon's central bank and government are in a state of bankruptcy.

At the beginning of 2022, Lebanon's economic situation once improved, but because the country's economy is very dependent on imports, Lebanon's past transportation routes for purchasing various goods cannot continue to pass through the Black Sea since the outbreak of the Russian-Ukrainian conflict, and domestic prices in Lebanon have risen sharply after being forced to go around farther leading to higher transportation costs.

In February this year, the country's annual inflation rate soared to 215%.

The Central Bank of Myanmar issued General Order No. 12 of 2022 on April 3 in accordance with Article 49(b) of the Foreign Exchange Management Law, according to the Myanmar Golden Phoenix Chinese newspaper.

Mongolia's foreign exchange reserves are in short supply, and it has entered a state of saving

Recently, Mongolia's foreign exchange reserves are in shortage, the tugrik continues to depreciate, the country's commercial banks have been suspended for customers to handle the main international circulation of foreign currency cash withdrawal business such as U.S. dollars, euros and yuan, and only allow customers to handle small foreign exchange transfer business.

Local public opinion believes that in recent times, Mongolia's export revenue has been reduced, resulting in cash shortage in the country's foreign exchange market, coupled with the surge in demand for foreign exchange from enterprises and individuals, is the main reason why commercial banks in Mongolia have taken measures to suspend foreign currency cash withdrawal business one after another.

The Mongolian authorities announced on April 10 that they plan to enter a full state of conservation and are now stepping up the development or implementation of corresponding countermeasures.

With the continuation of COVID-19, it is expected that more countries with high debts and heavily dependent on imports of food and energy will fall into economic crisis. Please pay more attention to foreign trade shippers and forwarders before shipping.