Named the China Thailand Vietnam Service (CTV) by PIL, and RNT2 by RCL, the new service will be launched on 30 June departing Xingang. The new CTV service will connect major ports in China, South Korea, Thailand and Vietnam. 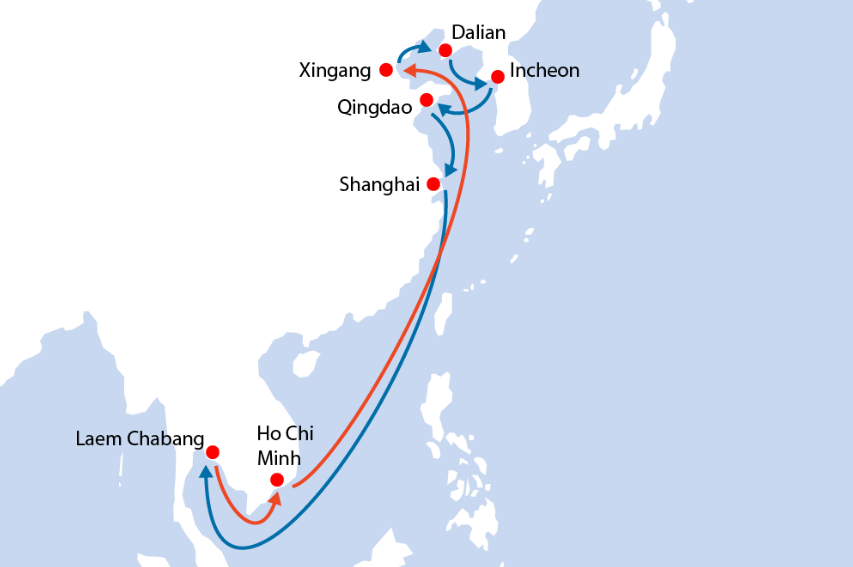 The new joint service is operated by three shipping companies under the names of "CTV, RNT2 and NCX3", and several shipping companies have jointly invested four container ships of about 2,500 TEUs. CNC will deploy two of the four ships required for weekly voyages. These include the 2,470TEU "APL CAIRO" and another unidentified vessel. Meanwhile, PIL and RCL will each operate one vessel, the “KOTA GAYA” at 2,824TEU and the “GANTA BHUM” at 2,824TEU.

The PIL CTV service will make its maiden voyage from Tianjin Xingang, China on June 29, 2022, voyage 0001S. The inaugural ship is "APL CAIRO" deployed by CNC. It is expected to call Dalian on July 1, Qingdao on July 4, and Shanghai on July 7.

The upcoming CTV service will effectively expand PIL's port coverage in Asia. For CNC and RCL, the addition of this new route service will also strengthen their more comprehensive coverage between China and the two Southeast Asian countries.