In order to expand the business network in Latin America and South America and meet the growing demand for local services, OOCL has TLP1 and TLP2 services respectively. The service will directly call on important ports such as Manzanillo, Lazaro Cadenale (Mexico), Callao (Peru) and San Antonio (Chile), providing customers with attractive and reliable Far East to Latin and South America shipping service.

The United States of Mexico (Spanish: Los Estados Unidos Mexicanos), referred to as Mexico, is a federal republic in North America, bordering the United States to the north, the Pacific Ocean to the south and west, the Caribbean Sea to the southeast, and Belize and Guatemala. To the east is the Gulf of Mexico. With an area of nearly two million square kilometers (over 760,000 square miles), it is the fifth largest country in the Americas and the fourteenth largest in the world.

Mexicans are very fond of their straw hats, which are often displayed to the world, and there are stalls selling straw hats everywhere. When Mexico hosted the ninth World Cup in 1970, the mascot "Juanta" determined by the organizers was a little boy wearing a Mexican straw hat and a football shirt. It can be said that the big straw hat is the "second national emblem" of Mexico in a certain sense. As an inseparable part of the national costume, it records the history of Mexico from a specific angle, reflects the social life and customs of the country, and reflects the character of the Mexicans. 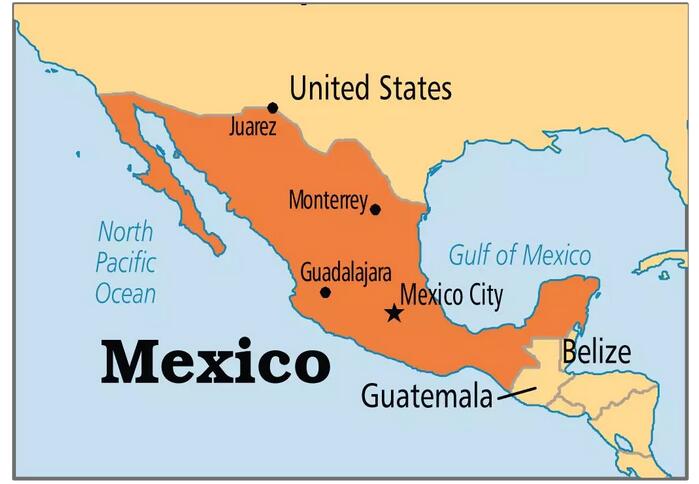 The Port of Manzanillo is located on the Pacific coast of western Mexico and the southern coast of the Gulf of California. It faces the sea on one side and is surrounded by mountains on three sides. It has a beautiful scenery and a mild climate. Mainly engaged in container business, it also has oil tanker, coal and fishing terminals, and has roads and railways leading to the outside world. The port city is very close to Guadalajara, the second largest city, and there are many important towns in the surrounding area. The Port of Manzanillo is the largest container port in Mexico and the sixth largest in Latin America. TLP1 calls at a container terminal operated by Contecon Manzanillo S.A. de C.V (CSMA), and TLP2 calls at a container terminal operated by SSA Mexico Holdings SA DE CV. A good deep-water port on the Pacific coast of Mexico. It is located in the middle waist of the country's west coast, at the mouth of the Balsas River, about 150 nautical miles from the port of Massanillo in the northwest and 155 nautical miles from the port of Acapulco in the southeast. There is a highway in the northeast leading to Mexico City, which was a newly built port in the 1970s. Ships enter the port through the channel between Emedio Island and Kayakar Island outside the estuary, and the water depth of the channel is more than 14 meters. The port area is mainly distributed on both sides of the water between the northwest of Emedio Island and the land on both sides of the estuary on the opposite bank, with the Mexican iron and steel industrial base behind. TLP2 docks at a container terminal operated by LC Tml Portuaria de Contenedores SA. 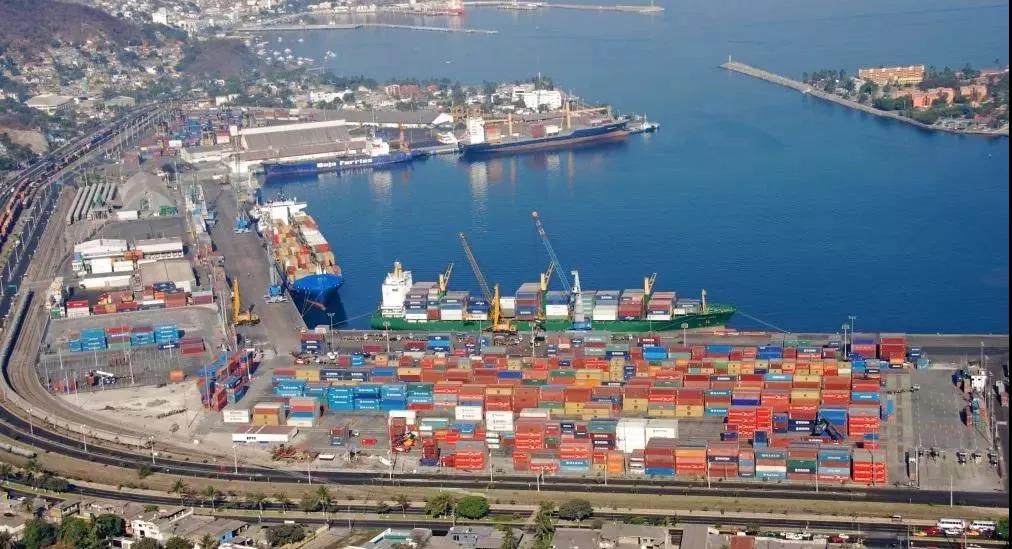