Alphaliner reports that Japanese carrier ONE, a member of THE Alliance, and Taiwan’s Evergreen, part of the Ocean Alliance, have filed a slot exchange agreement with the US Federal Maritime Commission (FMC) for the transpacific tradelane.

According to the agreement, ONE will participate in the Asia-US West Coast HTW loop route of Ocean Alliance, which calls at Taipei, Xiamen, Hong Kong, Yantian, Los Angeles, and Oakland, and currently deploys seven 12,000TEU ships of Evergreen Shipping.

In return, Evergreen Shipping will participate in THE Alliance's FP1 pendulum route between Northern Europe, Asia and the US West Coast. The route deploys 15 9000TEU-9600TEU vessels under ONE. However, Evergreen will only be involved in operations between Japan and the West Coast of the United States.

Alphaliner said that the two sides have committed to provide each other with 150 TEU of space per week, which can be adjusted by 50%. 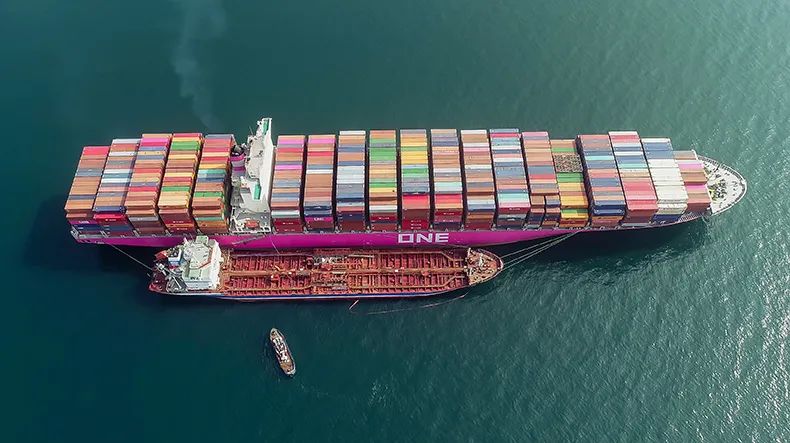 According to Alphaliner's statistics, after ONE's participation in Evergreen Shipping's HTW loop, it has reached an agreement with Ocean Alliance for 4 trans-Pacific shipping space exchange agreements. In August 2021, ONE reached relevant agreements with CMA CGM, COSCO Shipping Lines and OOCL.

For a period of time, due to the strong demand for transportation in the shipping market, liner companies are eager to put capacity on the market, but in the charter market, there is no more available capacity, which makes liner companies increasingly seek space exchange from non-alliance carriers or space rental.

Taking ONE as an example, it is working hard to ensure the growth of booking demand and market share through more space exchange agreements.

In fact, even though ONE achieved a 100% load factor on the first haul on the Asia-North America eastbound route in fiscal 2021, cargo volumes fell by more than 400,000 TEU to 2.35 million TEU. The company attributed the result to "empty flights due to port congestion and ship delays".