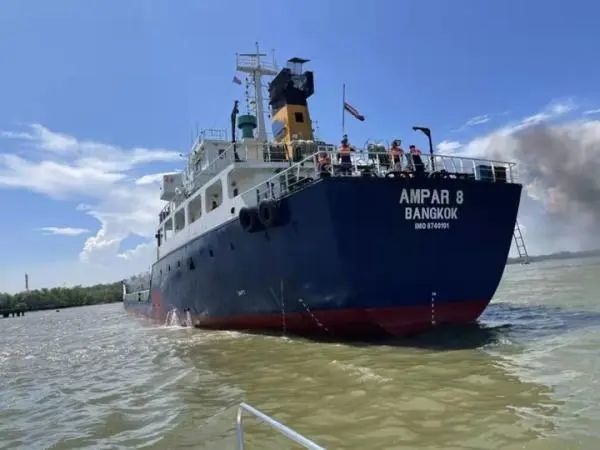 At 13:40 on March 27, near the second bridge of Phra Chula in the middle of the Chao Phraya River in Samut Prakan, a product oil tanker named "AMPAR 8 BANGKOK" exploded, and thick smoke was heard at the scene. The accident killed one person.

At the time of the accident, the ship was carrying 3,000 tons of crude oil. The 3,500-dwt tanker is owned by Bangkok-based Ayudhya Development, according to Equasis. 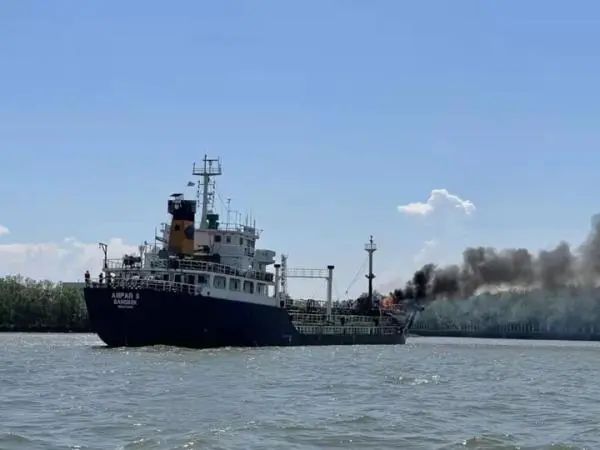 According to the on-site staff, the oil tanker came from Sai Chang Island in Chonburi Province and suddenly exploded when it arrived in Samut Prakan. At 15:04, rescuers went for first aid and found a body in the middle of the Chao Phraya River, which was initially determined to be drowned by jumping off the boat at the moment of the explosion.

The accident killed one crew member and injured three others. The fire tanker drifted about 5 kilometers downstream before the ship managed to break down. Firefighters put out the blaze an hour later.

Police said sparks broke out in the windlass room before the explosion.

A similar news review happened earlier. According to Thai local media Thairath, at 9:30 on March 9, the "Smooth Sea 2" had a violent explosion and caught fire at the IRPC dock area in Bangkok, causing 3 crew members to be injured and 1 dead. , the Thai authorities sent two boats to put out the fire, and the fire was successfully controlled after more than 30 minutes.