What Ocean Shipping Reform Act of 2022 Means for Logistics

Since the outbreak of COVID-19 in 2020, global freight prices have skyrocketed, with congestion, delays and high prices becoming a hot topic for the industry in 2020, 2021 and 2022, with both shippers and forwarders suffering the most difficult time ever. This common problem of the industry has caused great concern of governments.

In response to the outstanding situation of congestion and high prices of import and export shipping in the U.S., on June 13, 2022, the U.S. House of Representatives passed the Ocean Shipping Reform Act of 2022, hereinafter referred to as "OSRA 2022", and on June 16, U.S. President Joe Biden signed this bill and it officially On June 16, President Biden signed the bill into law. This is the first time in 25 years that the U.S. has made additional amendments to the laws regulating the international shipping market.

OSRA 2022 is a 40-page law that mainly addresses the Shipping Reform Act of 1998, with specific provisions to increase the obligations of carriers and strengthen the regulatory role of the Federal Maritime Commission, or FMC. It is directly subordinate to Congress and independent of the federal government, and was established under the Merchant Marine Act of 1936 to be responsible for the U.S. international shipping market.

The Federal Maritime Commission (FMC), as the implementing agency of the Act, will develop and issue a series of regulations to ensure the effective implementation of OSRA 2022, and it is expected that the FMC will introduce the final regulations before the statutory deadline of December 2022.

The news has caused a huge shock to the industry. This is the first time in nearly 25 years that the U.S. has made changes to the laws regulating the international shipping market. supporters of OSRA 2022 say that "the law will help curb inflation and relieve cargo backlogs". in June, the U.S. CPI rose by 9.1% year-on-year, exceeding market expectations of 8.8%, a record increase since 1981. The U.S. government sees poor shipping supply chains and skyrocketing freight rates as one of the major causes of inflation, and Biden issued a warning to nine top shipping companies, urging Congress to pass legislation as soon as possible to combat soaring shipping costs. "The extortion is over," Biden said in a speech at the Port of Los Angeles.

For its part, the World Shipping Council (WSC) said, "We are alarmed by the continued mischaracterization of the industry by representatives of the U.S. government and concerned about the disconnect between hard data and inflammatory rhetoric. 22 international shipping companies serve the American people, industry and government in Asia-U.S. trade, and they are part of the global supply chain that built this country's importing and exporting food, medicine, electronics, chemicals and everything we depend on."

In this article, we attempt to answer the following concepts and questions:

What is The Ocean Shipping Reform Act of 2022?

The FMC is subordinate to Congress and independent of the federal government. It is an agency established under the Merchant Marine Act of 1936 to regulate the international shipping market, which is both administrative and quasi-judicial in nature. This determines that its main function is to implement international shipping regulation in order to promote the establishment of a fair, efficient and reliable international shipping system and to prevent and punish unfair competition, fraud or illegal behavior. Under a series of U.S. laws, the FMC undertakes the following functions.

● Reviewing price and operating agreements among ocean common carriers and among terminal operators to ensure that the relevant agreements comply with U.S. law and related regulations.

● Effective defense of the interests of U.S. carriers conducting foreign trade and economic activities, as well as shippers.

● Controlling government-owned or controlled carrier rates, fees and rules to ensure fairness and reasonableness and to avoid harm to private competitors.

● a range of measures to address adverse conditions imposed by foreign government actions or commercial practices on the transportation of U.S. foreign trade

● Ensuring that cruise lines are liable for the personal injury or death of passengers and the inability to navigate properly, etc.

As mentioned earlier, the FMC has a broad remit. In addition, does the FMC review various agreements to reduce competition in order to promote and maintain fair competition among liner companies? In sum, the U.S. is demanding both greater market opening by countries to it and effective protection of its own interests. 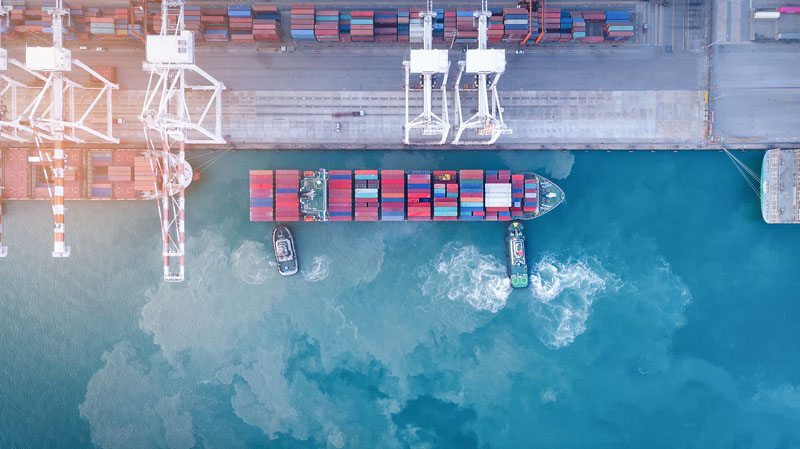 What is The Ocean Shipping Reform Act of 2022?

The bipartisan Ocean Shipping Reform Act of 2022 aims to level the playing field for American exporters and importers by providing the Federal Maritime Commission (FMC) the tools it needs to improve oversight over international ocean carriers and crack down on rising shipping fees facing consumers. 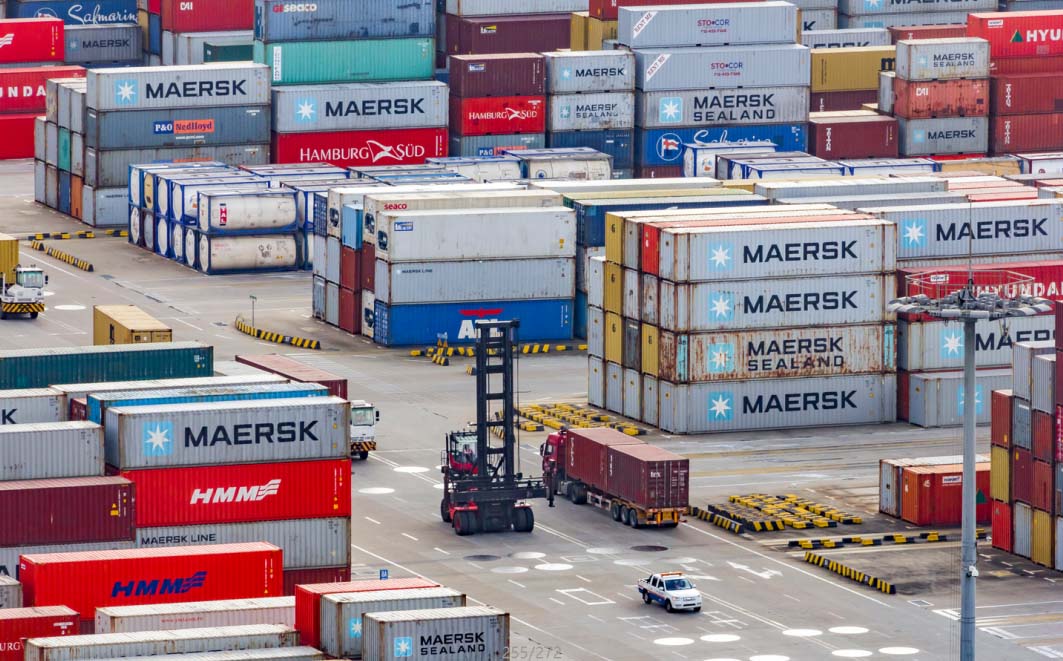 In OSRA 2022, the following requirements are imposed on FMC:

Second, confirm whether these charges are reasonable. Finally, to order refunds of unreasonable charges.

In addition, the Demurrage & Detention Invoices (DDIs) for the issuing entity - the ocean carrier/maritime terminal operator - have the following provisions.

● Provisions requiring carriers and terminals to certify that demurrage and demurrage charges are in compliance with federal regulations.

● False and inaccurate invoices are subject to refunds or penalties.

OSRA 2022 imposes new requirements on all demurrage and demurrage invoices, which must contain the following 13 of information.

● The date the container was available for pickup.

● For export shipments, the earliest return date of the container.

● The number of days of the free container use period.

● The start date of the free use period of the container

● The end date of the free container use period

● The regulations for demurrage and demurrage charges.

● The total amount of the invoice.

● Email and telephone numbers that customers can contact if they have objections to the charges or wish to apply for a reduction.

● Statement 1: The charges for demurrage and demurrage are in accordance with the relevant US Federal Maritime Administration regulations.

● Statement 2: The common carrier did not cause the demurrage and demurrage charges to be incurred.

So how does that affect non-vessel operating carriers (NVOCCs)?

So what is the impact on NVOCCs?

● The civil penalty provisions remain unchanged, with a maximum fine of $13,132 per violation and $65,666 per willfully committed violation. It is worth noting that for any demurrage or demurrage invoice that does not contain the 13 required pieces of information required by the regulations, the charged party will be relieved of its obligation to pay.

With reference to industry related materials and FIATA information, the consensus on the benefits to international freight forwarders are mainly as follows:

· When the carrier uses an incomplete invoice or attaches an unreasonable demurrage charge, the shipper or principal can refuse to pay this charge. This burden of proof is shifted from the shipper/shipper to the carrier.

· Carrier retaliation is prohibited, and new rules will be in place by the end of 2022 for carriers who unreasonably refuse to process or negotiate ship bookings.

· FMC will intervene to facilitate dispute resolution when ocean carriers do not respond to core issues related to consignor inquiries.

· The release of the FMC's findings on 2022 OSRA violations will enhance the strength of evidence of unfair carrier conduct.

FIATA's interpretation of the key provisions of OSRA 2022 as they relate to freight forwarders:

1. There is no obligation to pay detention and demurrage (D & D) charges imposed if any elements of a complete invoice, as defined in OSRA 2022, are missing. Mandatory elements to be included on the invoice include: dates of container availability, return date, time allowed in free days, its start and end date, and the applicable FMC demurrage and detention rule on which the daily rate was based amongst others.

In this context, some ocean liners have been seeking guarantees to release containers while they assess their charges in compliance with OSRA 2022. Forwarders should note that such guarantees will become unenforceable if the charges are found to be unreasonable.

2. NVOCC forwarders also need to comply with conditions applicable to ocean carriers, however, there is a safe harbour clause shielding them liability in certain situations. The safe harbour clause is aimed at protecting NVOCCs in situations where they pass detention and demurrage charges on to their customers, originating solely from carriers and terminals, and over which they have no control. Freight forwarding NVOCCs must also update their billing requirements to reflect the essential elements of an invoice noted in the Act.

FIATA recommends NVOCC forwarders bill their administrative and other such fees, if any, clearly and separately from the carrier’s D & D charges, as it may lead to situations of having to defend the reasonableness of such charges before the US-FMC. The FMC rules are based on reasons for delay and whether the shipper had taken sufficient steps to maintain their timelines but could not for reasons beyond their control. In the future, the industry can expect the emergence of a set of instances wherein levying D & D charges are considered on their acceptability.

4. The US-FMC is now equipped with an office of consumer affairs and dispute resolution. The office will help with mediation, facilitation and arbitration to resolve issues involving cargo shipments amongst other things. It should be noted that the office is limited to non-adjudicative ombudsman assistance, i.e., its findings are not a substitute for a court of law.

5. Public disclosures outlining all findings of the FMC on false demurrage and detention invoice information and the penalties imposed or even assessed against common carriers, will be published and listed by each ocean carrier company. This exercise, published and updated annually, will help build the evidence that other jurisdictions can use as a lead to assess similar practices in their own territories.

6. The FMC will retain its broad temporary emergency powers until the end of 2023 wherein it can start investigations, public consultations, and pass emergency orders to improve the fluidity of the supply chain.

7. However, the changes on requirement for imposing D & D charges, as well as the FMC’s power to require essential elements of service contracts to make them mutually enforceable, are amongst the permanent benefits of this Act.

8. In addition, there are provisions directing authorities to examine the situation to improve chassis availability, increase technological capabilities at ports and improve inland ports to reduce congestions in the future. Much like the emergency powers, many topics under the Act have clear deadlines and budgetary outlays for limited time culminating latest by 2026. Therefore, it is imperative for the freight forwarding and logistics industry to participate in the rulemaking consultations and provide timely input to ensure a more fair, resilient, and sustainable supply chain for the future.