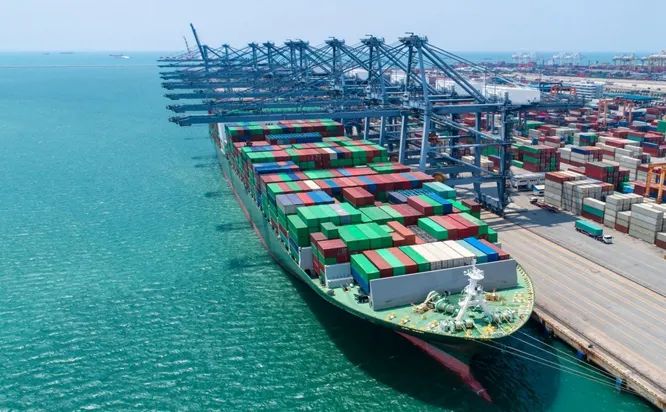 GRI is the General Rate Increase, which is generally used for South American and American routes. It is used in South America and the U.S., where the shipping company's transportation cost increases significantly due to various reasons such as port, ship, fuel, cargo or other aspects, and the ship owner adds a general rate increase surcharge to compensate for these increased expenses.

The full name of PSS is Peak Season Surcharge, which is generally charged by many shipping companies during the peak season when freight is busy, and is somewhat similar to China's Spring Festival price increase. April-November of each year is generally the peak season for the world's freight.

The full name is Emergency Bunker Surcharge (EBS), which is a surcharge on ocean freight and is generally settled in US dollars. In case of FOB terms, this charge should be borne by the consignee, not the shipper, because EBS is not part of FOB local charges. This charge can be paid on arrival or in advance.

EBS is generally a temporary surcharge to compensate for the fast rising cost when the international crude oil price is climbing rapidly and the shipping company feels that it exceeds its own capacity, and the market is not prosperous and it is not convenient to increase the shipping cost in time.

The full name of PCS is Port Congestion Surcharge, and when the port is congested or particularly busy, the waiting time and duration of the ship will be prolonged, and the tug fees and other port call charges may increase, which will cause a significant increase in transportation costs, and the shipping company will charge the shipper a port congestion surcharge to compensate for this cost loss.

HLA is Heavy-Lift Additiona, also called Surcharge for Over Weight, which means that the weight of a single piece of cargo exceeds a certain standard (the standard specified by different forwarders or shipowners may be different), requires special equipment (such as heavy-duty cranes) or special operations (such as the need for padding, reinforcing materials and manual tying or reinforcing) A surcharge is charged to compensate for the increased operation cost, if the loading and unloading operation is difficult, or if special treatment is required on the ship's stowage.

The full name of ECRS is Emergency Cost Recovery Surcharge, which can also be called "adverse weather operation surcharge" - such as bad weather conditions causing a significant increase in ship transportation and operation costs This surcharge is imposed in cases such as these.

Container Service Charges are fees charged by the shipping terminals for the storage and positioning of containers before they are loaded on a vessel. The charges usually consist of goods handling, unloading the container, stacking and crane service.

The full name is Fuel Adjustment Factor and is generally used on Japanese routes. This surcharge is somewhat similar to the temporary fuel surcharge above - essentially the same, but called by different names.

ENS (Entry Summary Declaration) refers to the European Customs Advance Manifest Rules. Since January 1, 2011, the EU to (all imported goods to the EU) or through (all transit goods, all goods in transit, all unloaded goods on board, etc.) all shipments to EU ports mandatory implementation of the "Manifest Advance Declaration" rules, the rules apply to all EU member states.

AMS is also called Automatic Manifest System (AMS), which is used for U.S.-Canada routes and is unique to the U.S. - all cargoes to the U.S. or transit cargoes to other countries or regions via the U.S. have to be declared in AMS (24 hours before shipment). Manifest system.

The full name of TAR is Temporary Additional Risks (TAR), which can be simply understood as a war surcharge, or another way of saying war surcharge.

ACI is Advance Commercial Information, a Canadian customs requirement that all cargo arriving in Canada or transiting through Canada to other countries must be declared to Canadian customs 24 hours prior to shipment, very similar to the AMS in the U.S.

GRI is the General Rate Increase, which is generally used for South American and U.S. routes. It is a general rate increase surcharge that is imposed by the shipowner to compensate for the increase in shipping costs due to various reasons such as port, ship, fuel, cargo or other factors.

The full name of the CC is Cleaning Charge, which is commonly used for break-bulk carriage.

A surcharge charged by the shipowner when cargoes destined for a non-basic port are transferred to the destination port, including transshipment charges and second-haul freight.

A surcharge charged when a certain amount of cargo is shipped to a non-basic port and the shipping company can arrange direct shipping to that port without transferring.

A surcharge added by the shipping company due to poor equipment conditions or low loading and unloading efficiency in some ports, and other reasons.

A surcharge imposed by the ship when the ship has to make a detour to deliver the cargo to the destination port because the normal channel is impassable.

A surcharge imposed when the owner requests to change the original port of destination of the cargo and the relevant authority (e.g. customs) grants permission and the vessel agrees.