Nearly 100 sailings have been canceled by shipping carriers

Sea-Intelligence, a maritime data analysis company, reports that shipping companies are expected to withdraw more capacity from the market during the upcoming Chinese National Day and the month of October in which it falls, with the number of cancelled voyages above the historical average. Sea-Intelligence said: "Blanket sailing has long been the preferred way for shipping companies to balance supply and demand, or what we call tactical empty sailing. With the arrival of the Chinese National Day (starting on October 1), shipping companies have the opportunity to cancel more sailings than ever before in order to support rates by cutting capacity.

The company noted that shipping lines have been struggling to maintain capacity to match demand for much of 2020 and 2021. Cargo volumes have surged, ports have been jammed and ships have been stuck outside of them, which has forced gaps in sailings as carriers have been unable to fulfil their weekly services on time.

However, over the past few months, demand growth has stagnated, ships have been underutilised and freight rates have continued to fall sharply. With the Chinese National Day approaching, it provides an opportunity for carriers to cancel more voyages than ever before and possibly under less pressure from shippers.

Nearly 100 sailings have been canceled by by three major alliances

According to the latest figures released by Drewry, the three major global shipping alliances have combined to cancel 101 sailings over the next five weeks (weeks 39-43).

Delury said that as Golden Week approaches, weaker demand for Asian exports on the major East-West trade routes has led shipping companies to implement empty sailings to offset the decline in volumes and spot prices, especially during Golden Week when Chinese factories will be closed for the holiday.

In fact, some shipping lines have terminated some of their trans-Pacific services to USWC.

For example, a plunge in spot prices for the trans-Pacific eastbound trade forced operator Matson to cancel its CCX service from mid-September ahead of the peak season.

While spot prices have fallen for 30 consecutive weeks, contract prices have so far remained stable, mainly because shippers are still facing difficulties with supply chain congestion, particularly in Northern Europe, Far East to the US East (ECNA). 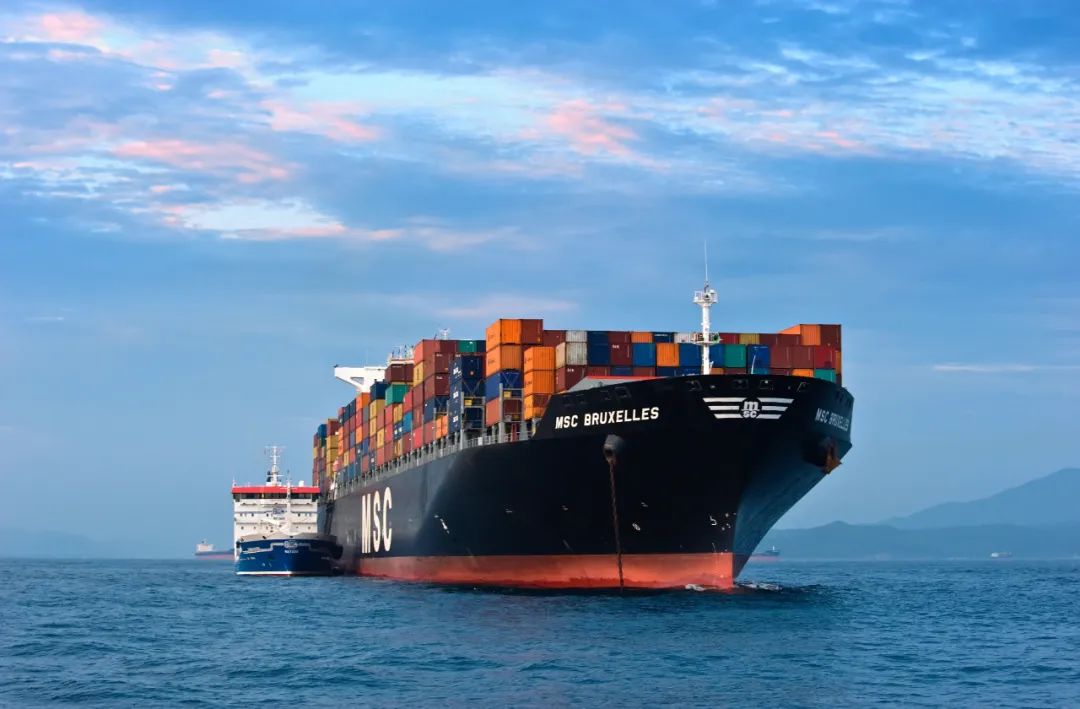 On 21 September, MSC issued a notice stating that due to the expected slowdown in demand during and after the Chinese National Day holiday, it plans to cancel sailings on the following Asian and European routes during this period.

On 19 September, MSC notified the following adjustments to the sailing schedule from Asia to the US East Coast and Gulf Coast.

MSC issues schedule renewal notice for Asia to Europe services. Due to an anticipated slowdown in demand during and after the Golden Week holiday period, MSC plans to cancel the following sailings. 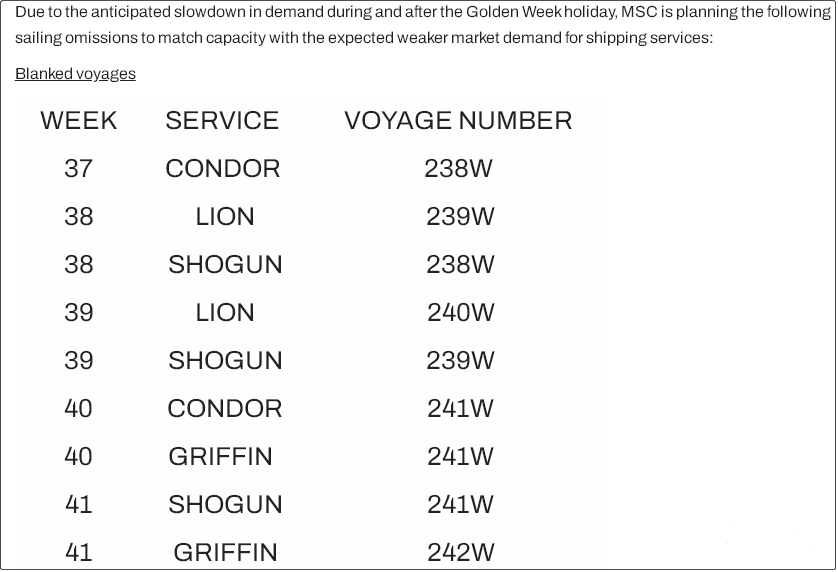 On 22 September, Maersk issued a blank sailing notice from Asia to the US West, with details of the cancelled voyage as follows. 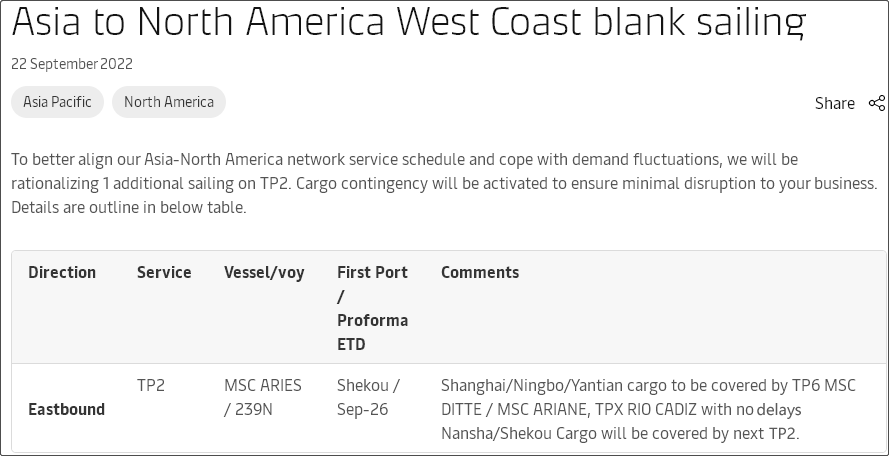 On September 20, Maersk issued a notice of change of shipping schedule from Asia to North America. The affected voyages and adjustments are as follows:

Maersk issued a notice that related to the upcoming Chinese Golden Week holiday, in order to balance the network and cope with the expected drop in demand, Maersk plans to cancel two sailings from Asia to East Africa:

According to CMA CGM's sailing schedule, the Ocean Alliance Asia-Europe route FAL 7 service will implement blank sailings in the 40th and 42nd weeks: