The Indian Ocean has the busiest shipping route in the world. Hundreds of thousands of ships cross the Indian Ocean every year, bringing vitality to the world economy. It can be seen from the heat map of the tracks of the global 100,000-ton bulk carrier that the shipping route is very busy. There is one of the world's largest container shipping routes in the waters near the island country of Sri Lanka. 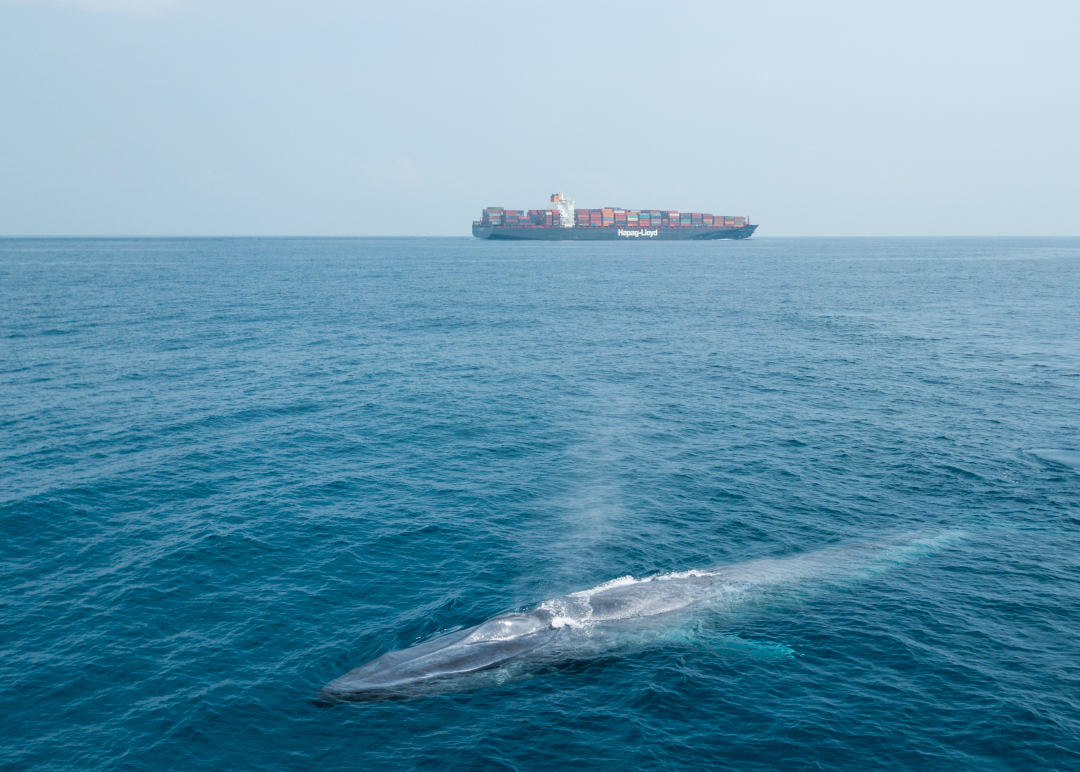 The container routes in the waters near Sri Lanka can lead to the Red Sea, the Suez Canal, the Persian Gulf, South Africa, China and India, etc. It is the most important shipping route in southern Europe, South Africa and the Arabian Peninsula, with thousands of ships of over 100,000 tons per year. Container ships pass this route. 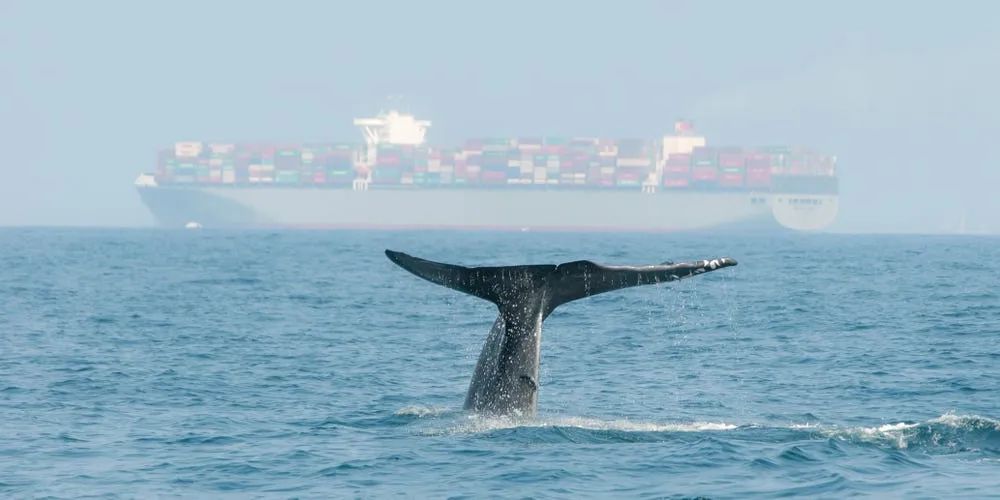 Moving 30 kilometers south of the new container shipping route means that ships need to consume more fuel, so why do that? There's a reason, of course, to protect an endangered species of which only 50 remain.

The species is the blue whale. If you have seen a strange news that happened at Mizushima port in Kurashiki City, Okayama Prefecture, Japan on September 20, 2021, you will know how much damage the ship has done to marine animals. A whale carcass hangs on the bulbous bow of a freighter in the port. When did it hang? The crew said they didn't know at all. 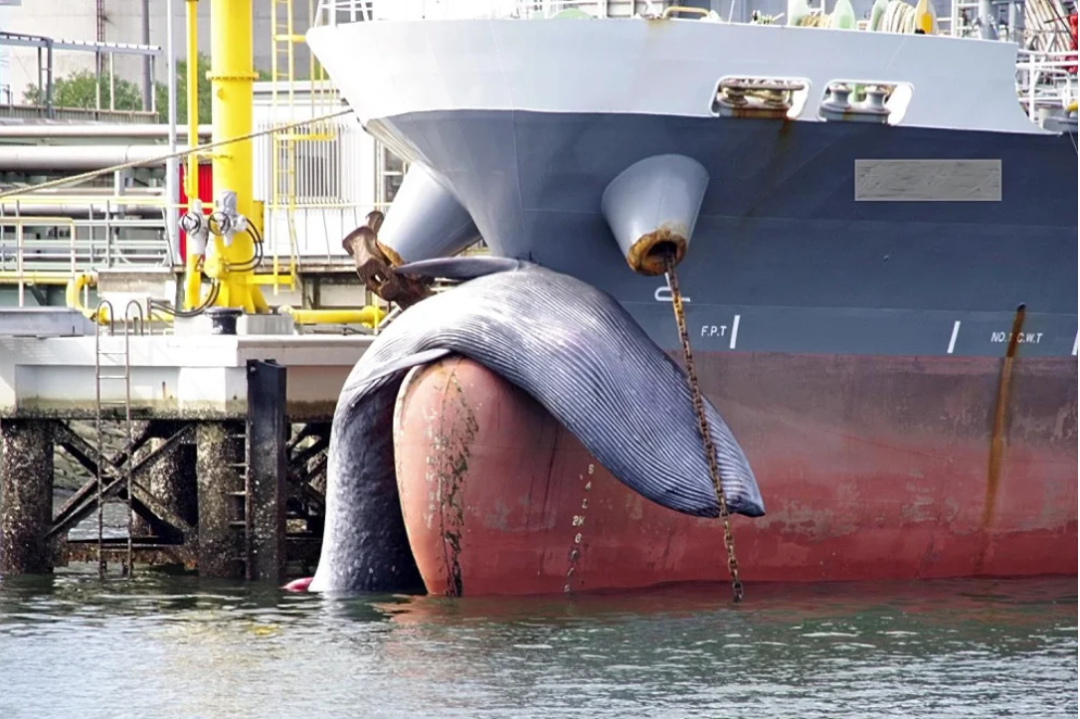 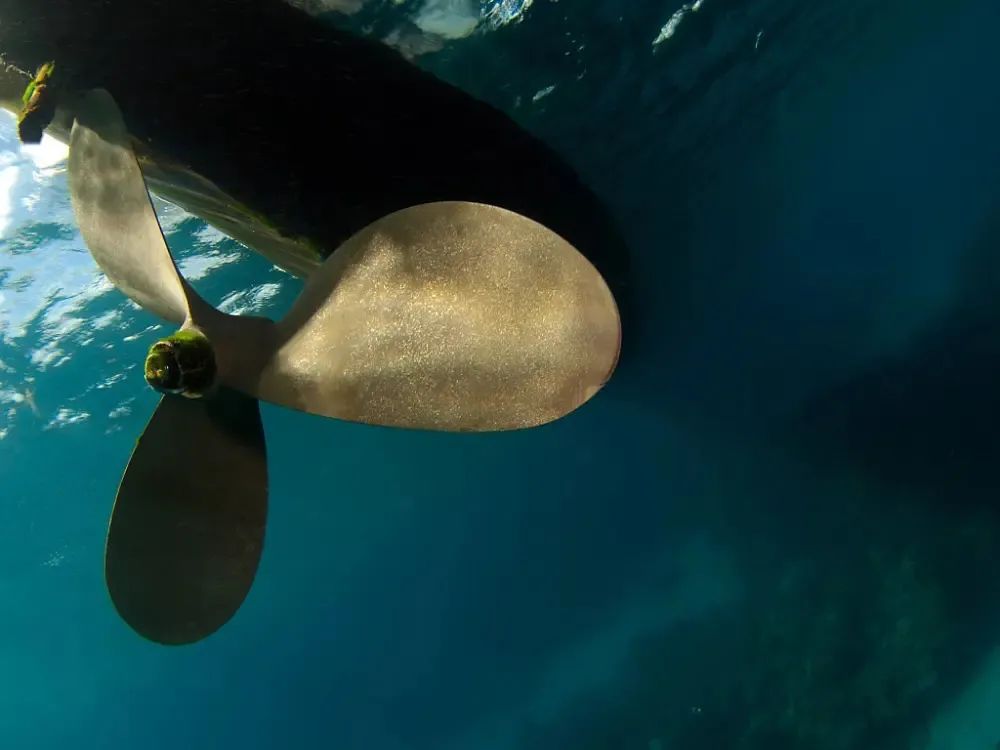 The power system of the ship - the high-speed propellers also pose a fatal threat to the survival of the whales, a stunning photo shows a whale's body with bar marks, from head to toe, this is not a genetic mutation of the whale, but encounters the high speed of the boat The propeller, cut from head to tail, is extremely cruel. 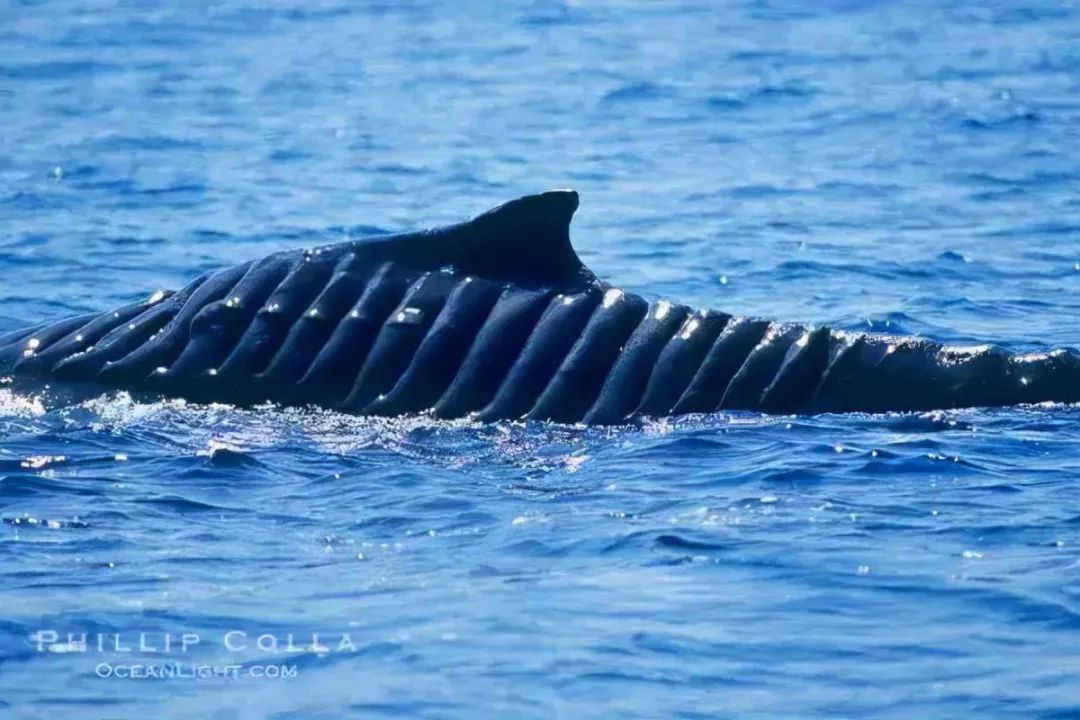 The waters near Sri Lanka in the northern Indian Ocean have long been one of the favorite habitats for blue whales and other cetaceans. Blue whales are active in these waters, feeding and breeding, and whales are often seen in this waters. The huge body of the animal, and the majestic appearance when jumping out of the water. The blue whale is the largest animal in the world, with a length of 33 meters and a weight of 181 tons. It is more than 20 times the weight of an elephant and nearly 3,000 times that of a human. Adult blue whales have no natural enemies. That is the master of earthquakes - humans, blue whales can live up to 50 years old, and some can even live to 100 years old.

Blue whales exist widely in the four oceans, and their active waters are very wide. However, since the end of the 19th century, the number of blue whales has been decreasing sharply. to make household items such as soap and shoe polish.

In one year in 1930, 41 whaling ships killed a total of 28,325 blue whales. By 1960, a total of more than 350,000 blue whales had been slaughtered by humans. The blue whales were almost wiped out, and there were only less than 50 blue whales left in the world. Head blue whales, the four oceans population has dwindled to less than 1 in 100 of what it was at the end of the 19th century. If human beings do not protect the endangered species of blue whale, it is likely to disappear in the long river of history forever. Just like dinosaurs, there are only dinosaur fossils left on the earth, and we can only see the figures of dinosaurs from the simulation screen.

Although human hunting of whales has ceased, the number of whales continues to decline because millions of boats sail the oceans each year, and even with the odds of winning the lottery, there are hundreds of whales each year. Died from container ship strikes, including blue whales. 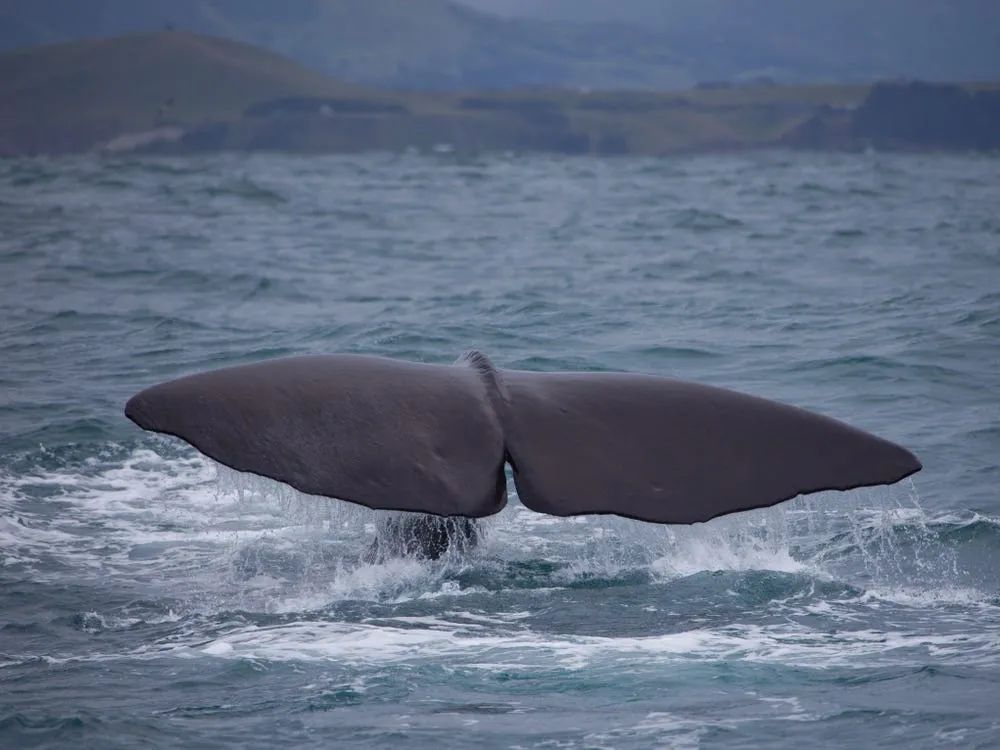 Although the blue whale is huge, it collided with a container ship with a capacity of more than 100,000 tons. The beach, the tail was almost cut off, this should be a fatal injury, the body is expanding, and the "whale explosion" is about to explode. 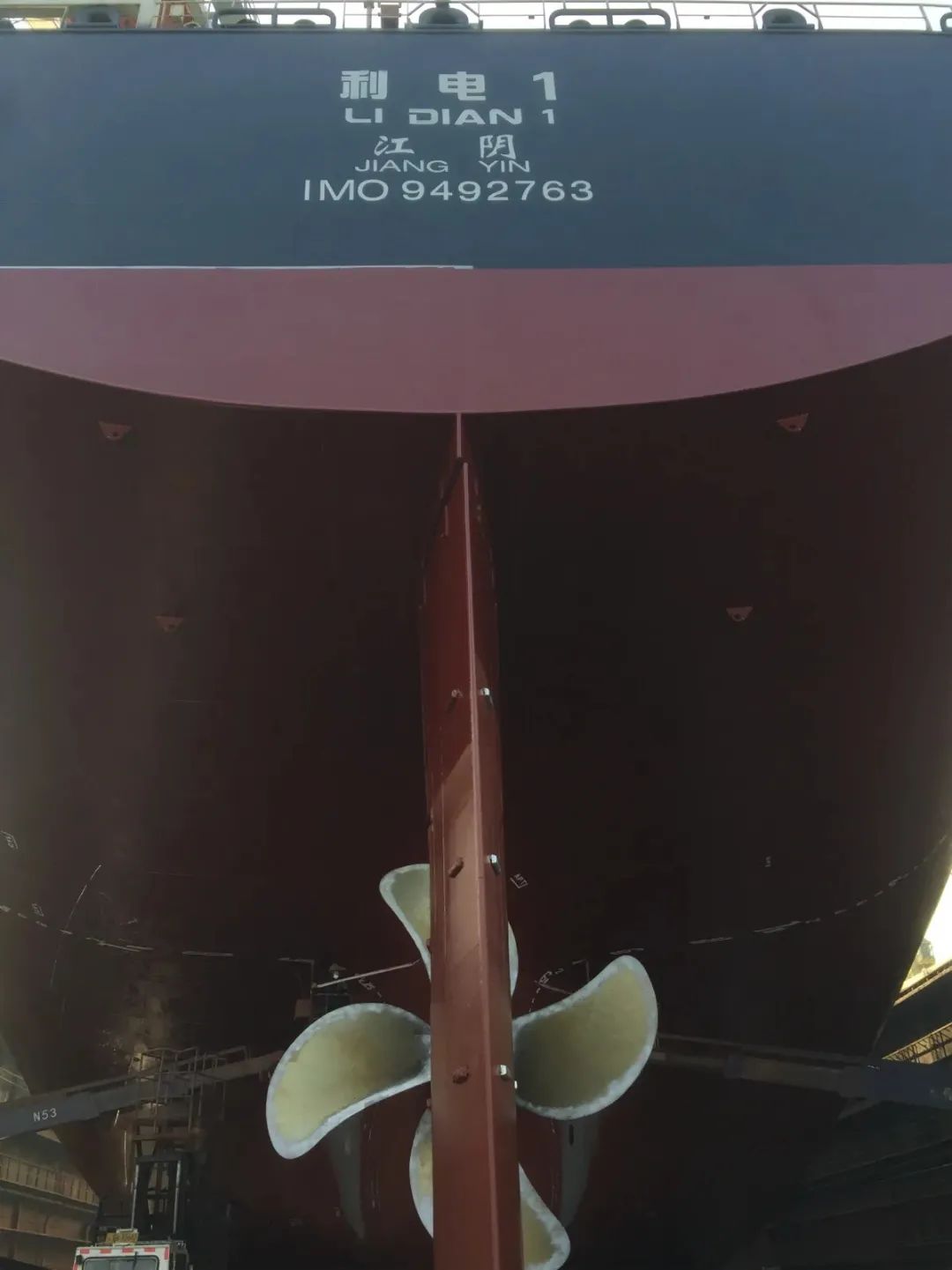 Mediterranean Shipping Company (MSC) is the world's largest shipping company. The company's fleet carries 4.3 million TEUs at a time. In order to protect blue whales in the waters near Sri Lanka, Mediterranean Shipping Company (MSC) has accepted IFAW, scientists and maritime authorities to change shipping routes in waters near Sri Lanka. Blue whales can be found year-round in the Indian Ocean at the southern tip of Sri Lanka, IFAW said in a report, with a high risk of collisions due to the usual international shipping lanes passing directly through areas where most whales congregate.

The MSC's voluntary diversion will not directly affect other shipping lines, but advocates hope their decision will help lead to a permanent change to the default shipping lane, affecting all ships. According to IFWA, a study of blue whale populations in the region found that adjusting the waterway could reduce the risk of a vessel hitting a whale by 95%. The new route is set in the waters 30 kilometers south of the old route. After a scientific survey on the distribution of blue whales in the current waterway near Sri Lanka and farther offshore waters, it was found that: after changing the route, the probability of blue whales being hit by ships is reduced by 95%. This is indeed a piece of good news, proving that humans have made another gratifying achievement in protecting endangered species.