Ramadan is one of the major festivals in Islam. Ramadan begins and ends with the appearance of the new crescent, which lasts for one month. Ramadan in 2022 starts on April 2 and breaks the fast on May 2. During the month of Ramadan, Muslims are not allowed to smoke, drink or eat on the streets or in public places during the period from sunrise to sunset, that is, when Muslims are fasting. Arab countries generally adjust their commute time. The United Arab Emirates stipulates that they go to work at 9:00 in the morning, and Saudi Arabia stipulates that they start to work at 10:00 in the morning. Government agencies are less efficient and businessmen are less active. There are 48 countries involved in Ramadan, which are concentrated in western Asia and northern Africa (Arab countries, central and western Africa, central and western Asia and Pakistan are connected together). 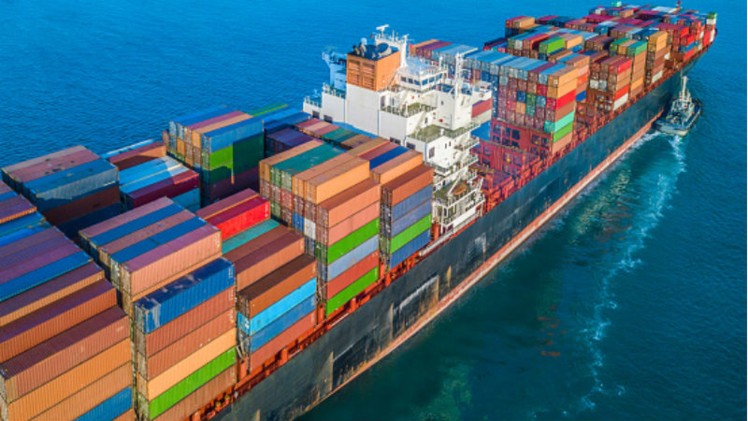 During Ramadan, governments and enterprises in Middle Eastern countries will adjust their working hours, including customs, ports, freight forwarders, warehousing and other agencies and enterprises. These import and export businesses may fall into a downturn or even stagnate. It is necessary to arrange the shipment plan in advance to avoid the goods arriving at the destination port cannot be processed in time, resulting in additional costs.

In order to absorb the decline in shipments during Ramadan, goods exported to Middle Eastern countries are a peak season before Ramadan. Shipping companies usually increase the capacity, increase the price, and take over orders to increase revenue. Taking the Middle East port of Jebel Ali as an example, the direct shipping time is about 20 days, and the transit will be 2-3 days late. Therefore, it is now the peak season before Ramadan, and the peak season will inevitably be overmatched. The recent congestion in Shanghai Port is also caused by over-allocation. According to relevant sources, the overweight has reached 50%, and some will even be overweighted by 100%. Shippers should be alert to potential over-delivery and rejection of goods, resulting in unnecessary losses.

For goods with relatively high delivery requirements, book one or two waters as early as possible to allow time to avoid losses. Calculate the voyage factors and try to make the goods arrive at the destination port before the start of Ramadan, so as to facilitate the consignee to clear customs and pick up the goods in time. If you arrive during Ramadan, you can usually request a FREE TIME of 14 to 21 days from the shipping company. It is recommended that shippers choose to arrive at the destination port around the end of Ramadan, so that they can catch up with the consumption period of Hari Raya in time.

About Pick up Container, Container Gate-in and Customs Declaration

When Ramadan almost begins, but in fact the peak season has occurred at the port of departure. Lack of containers and blockage of the container gate-in will affect the normal loading and distribution of the container gate-in. In addition to the tight space and rising freight, the situation of getting together for customs declaration also occurred. If you can reserve a container, you can book it in advance.  The container gate-in is arranged closely to the previous date, and the pre-distribution, pre-recording and pre-classification are done. Do a good job of human controllable parts, and the rest will wait.

In the season of Ramadan, customs clearance at the destination port is also a peak season, and there will be a lot of congestion. If it is not an urgent delivery date, it is recommended not to send it first, and wait until the end of Ramadan before shipping; if it must be sent, be prepared. During Ramadan, the working hours of employees of government agencies and corporate agencies such as customs, ports, and freight forwarders will be shortened, and the approval and decision of certain documents will also be postponed until after Ramadan. It is not impossible to walk the whole journey for two months. So if possible, try to avoid this time period.

Taking the Middle East port as an example, it generally takes more than 30 days for LCL of bulk cargo from the time of warehousing. Now that Ramadan is approaching, a large amount of goods are entering the warehouse, the loading volume has increased sharply, and the queue time is getting longer and longer. Because many customers want to have their goods delivered before Ramadan. Therefore, the bulk cargo can be put into the warehouse as early as possible as soon as possible. If you miss the best time, but the delivery time has strict requirements, it must be sent. It is recommended that the goods with high value can also be transferred to air freight.

It's not just the port of destination that loses efficiency during Ramadan. Transit ports in Muslim countries should also be guarded. The half-day work system is bound to reduce work efficiency by half. Because of the lack of food and water during the day, the dockers' physical strength is reduced and the processing speed of goods is slower. In addition, during the peak shipping season, the phenomenon of cargo congestion is obvious, and the terminal operation time is much longer. It often leads to poor connection, and the goods cannot be boarded on the second-way ship. In the case of transshipment cargo, the time for the goods to be stranded at the transit port for customs clearance and transshipment is unpredictable.

In order to prevent the goods from being stranded for too long due to opaque information and minimize losses, it is recommended to track the movement of the goods anytime and anywhere to avoid rejection or delay at the transit port.