Mexico is a country with a large population in Latin America, and its economic development level is in a leading position in the region. It is a foreign trade market with great potential. Today we come to learn about the Mexico trade.

In this Mexico trade guide is divided into 4 parts：

· An overview of Mexico 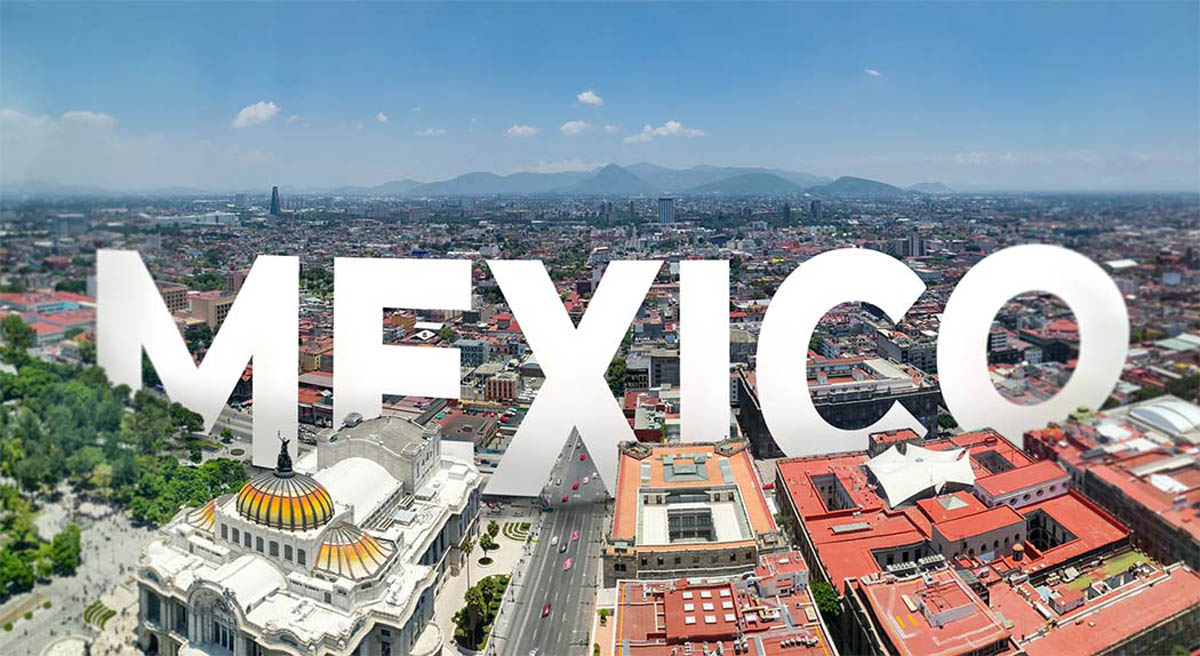 1. An overview of Mexico

The United Mexican States, referred to as "Mexico", the country code MEX. The territory covers an area of 1,964,400 square kilometers, bordering the United States to the north, Guatemala and Belize to the south, the Gulf of Mexico and the Caribbean Sea to the east, and the Pacific Ocean and the Gulf of California to the west.

With a population of about 129 million in 2020, Mexico is the eleventh most populous country in the world and the second most populous country in Latin America. The three most populous cities are Mexico City, Guadalajara and Monterrey. The urban population accounts for 80% of the total population, the educated population is 94%, the official language is Spanish, and the first foreign language is English. According to Digital 2021 Mexico (January 2021), a global study conducted by We Are Social and Hootsuite, Mexico has 92.01 million internet users, or 71% of the country's total population of 129 million. The huge number of consumer groups in Mexico is a foundation for foreign trade sellers to open up the market, and the number of young consumer groups is huge and has strong plasticity.

Mexico is an important foreign direct investment destination in Latin America, and it is one of the more economically developed countries among developing countries, and its economic development level is in a leading position in Latin America. Mexico is a member of the Organization for Economic Cooperation and Development (OECD), the Group of Twenty (G20) and the Asia-Pacific Economic Cooperation (APEC), and is considered one of the promising emerging economies. Mexico has a complete range of industries, including petrochemicals, electric power, mining, metallurgy and manufacturing. A traditional agricultural country, it is the origin of corn, tomato, sweet potato and tobacco.

In 2020, the GDP of the Mexican economy was US$1.04 trillion, and the GDP per capita was US$8,537. For comparison, in 2020, China's per capita GDP is $11,300. There is a huge gap between the rich and the poor in Mexico. According to the latest report of the United Nations Economic Commission for Latin America, the number of poor people in Mexico will increase by 9.6 million in 2020, of which 6.2 million are moderately poor and 3.4 million are extremely poor. 49.5%, nearly half.

Mexico's air transport industry is relatively developed. Domestic and foreign routes extend in all directions. Domestically, with the capital Mexico City as the center, the routes lead to all parts of the country; internationally, it is open to many countries in Europe, America, Asia and Central and South America. There are 76 airports, 1388 airports and 408 heliports in Mexico. At present, departing from major domestic cities, via the United States, Europe, Japan, South Korea and other places, you can transfer to Mexico City and major cities in Mexico.

The various facilities of Mexico's ports and terminals have been relatively advanced, and there are regular or irregular passenger and freight liners with many countries in Europe, the United States, Central and South America and the Caribbean, the Far East, the Mediterranean and Scandinavia. Six major ports in Mexico:

Lazaro cardenas, located on the South Pacific coast of Mexico, is located in the southeast of the port of Manzanillo, between Mexico City and Guadalajara, the two central cities of Mexico;

Guaymas in the Gulf of California on the Pacific Coast;

Altamira, in northeastern Mexico, on the Atlantic Ocean;

Adjacent to the Pacific Ocean, Ensenada is located on the northwest coast of Mexico, close to the US border, and is one of the main ports in northern Mexico.

There are mainly 6 ports in Mexico for sea booking. Among them, Manzanillo Port is the most convenient port for import. Containers going to Mexico City are generally unloaded and transferred by Manzanillo Port. For Chinese containers, the main destination port is generally Manzanillo, and some of them go to Lazaro Cardenas, but Manzanillo is generally recommended.

Shipping from China to Mexico is time-limited, and it is generally 18-20 days after the container is shipped to the port on the western Pacific coast of Mexico.

Mexico is a major economic power in Latin America, a member of the United States-Mexico-Canada Agreement (formerly the North American Free Trade Area), and one of the most open economies in the world. It has signed free trade agreements with 52 countries and established a huge strategic trade network. Diversify its export market.

According to the latest data from the National Bureau of Statistics of Mexico, Mexico's total foreign trade in 2019 was US$916.4 billion, a year-on-year increase of 1.7%; of which imports were US$455.29 billion, down 2%; exports were US$461.11 billion, an increase of 3.5%; the trade deficit was US$5.82 billion. Mexico's main trading partners are the United States, China, Japan, Germany, Canada and South Korea.

The trade between China and Mexico continues to develop rapidly. At present, China has become Mexico's second largest source of imports and third largest export destination. Mexico is China's second largest trading partner and largest export destination country in Latin America. According to China Customs statistics, in 2019, China exported US$46.4 billion to Mexico and imported US$14.3 billion from Mexico, totaling US$60.7 billion.

In 2019, the top three products exported from China to Mexico are:

①. Motors, electronics and electrical equipment. Such products account for 40% of China's total exports to Mexico, and the product types include communication equipment and spare parts, integrated circuits, transformers and generators.

②. Boilers, machinery and mechanical equipment. Such products account for 24% of China's total exports to ink, and the product types include machinery and equipment parts and accessories, data processing equipment and its components, and air pumps and air compressors. 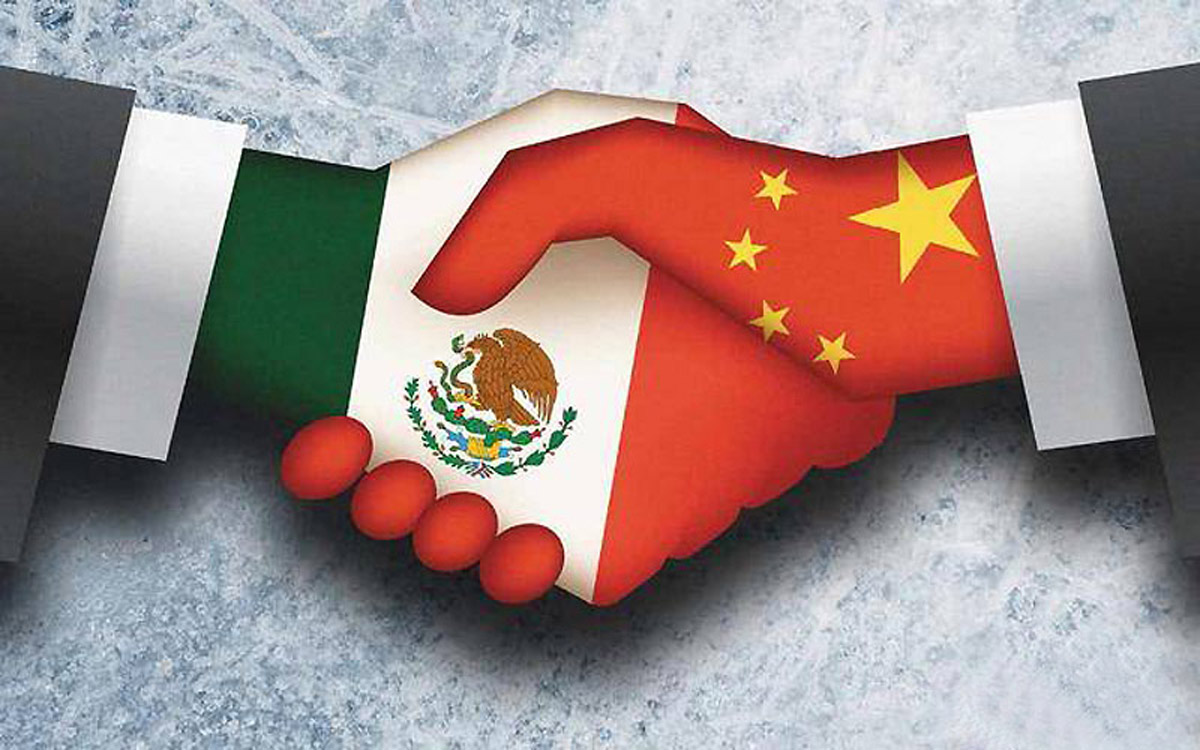 Mexico is a country with many festivals and celebrations. There are festivals almost every month. Religious festivals are the most important, such as "Holy Week" religious festivals, Good Friday, Our Lady of Guadalupe, Christmas, Day of the Dead Wait. In addition, many anniversaries are legal holidays. Banks, post offices, government agencies and most businesses will rest on legal holidays. Try not to contact them on holidays. Working hours are from 9:00 am to 6:00 pm (lunch time is generally 14:00-16:00), and Mexicans basically do not have the habit of working on weekends.

Mexican culture is a mix of Spanish culture, native Mexican culture, and American culture. In business and social situations, follow European cultural etiquette. When they meet for the first time, they generally shake hands and greet each other. The hugging and kissing ceremony is limited to acquaintances; the kissing ceremony of men to ladies is also limited to the upper class, and Mexicans have a strong sense of hierarchy. Mexicans pay attention to cleanliness in dress, and they are very particular about the rigor and solemnity of dressing in public. When going to an appointment, Mexicans are generally not accustomed to arriving at the appointment location on time, usually slightly later than the time agreed by both parties in advance.

El Buen Fin is one of the largest shopping festivals in Mexico, which means happy weekend. It started in 2011 and usually lasts for 4 days. It is held every year on the weekend before the anniversary of the Mexican Revolution. The top-selling categories during EL BUEN FÍN 2020 were fashion, electronics and home appliances. The favorite color of Mexicans is white, the most hated number is 13, purple is taboo in Mexico, yellow flowers represent death, red flowers represent spells, you can refer to product selection and product pricing.

All goods exported to Mexico need to comply with the official standard certificate of Mexico, that is, NOM certificate. On the website of the Mexican Economic Department (economia.gob.mx/dgn1.html), all the requirements for handling NOM are listed. Select Catalogo de Normas, and you can choose different standards. Generally, NOM has requirements for product labels, packaging, food There are detailed requirements for nutritional costs, etc. Generally, the sample is sent by the Chinese supplier, the customer sends the test, and the certificate is obtained after the test is passed. The certificate is valid for one year and needs to be renewed after it expires. After the product is shipped, it is necessary to provide a list of serial numbers. This list must be consistent with the actual situation. Otherwise, if the submitted list is found to be inconsistent with the actual situation, the customs has the right to detain the entire container, which will also increase bad records and improve future inspections. Rate.

The official language of Mexico is Spanish. Even if the customer knows English, he still likes to communicate in Spanish. The same is true for website construction. If your website can be built in Spanish, it will be very beneficial to the development of later business cooperation.

That's it for the sharing of Mexico, I hope it will be of some help to all foreign trade people. Welcome to collect and share.