Matson announced on August 29 that CCX service will make it's last China voyage with the departure of the Matsonia 026E, departing Ningbo on September 6 and Shanghai on September 8. CCX service launched in July 2021, As a temporary expedited solution for Oakland during service disruptions on the West Coast. 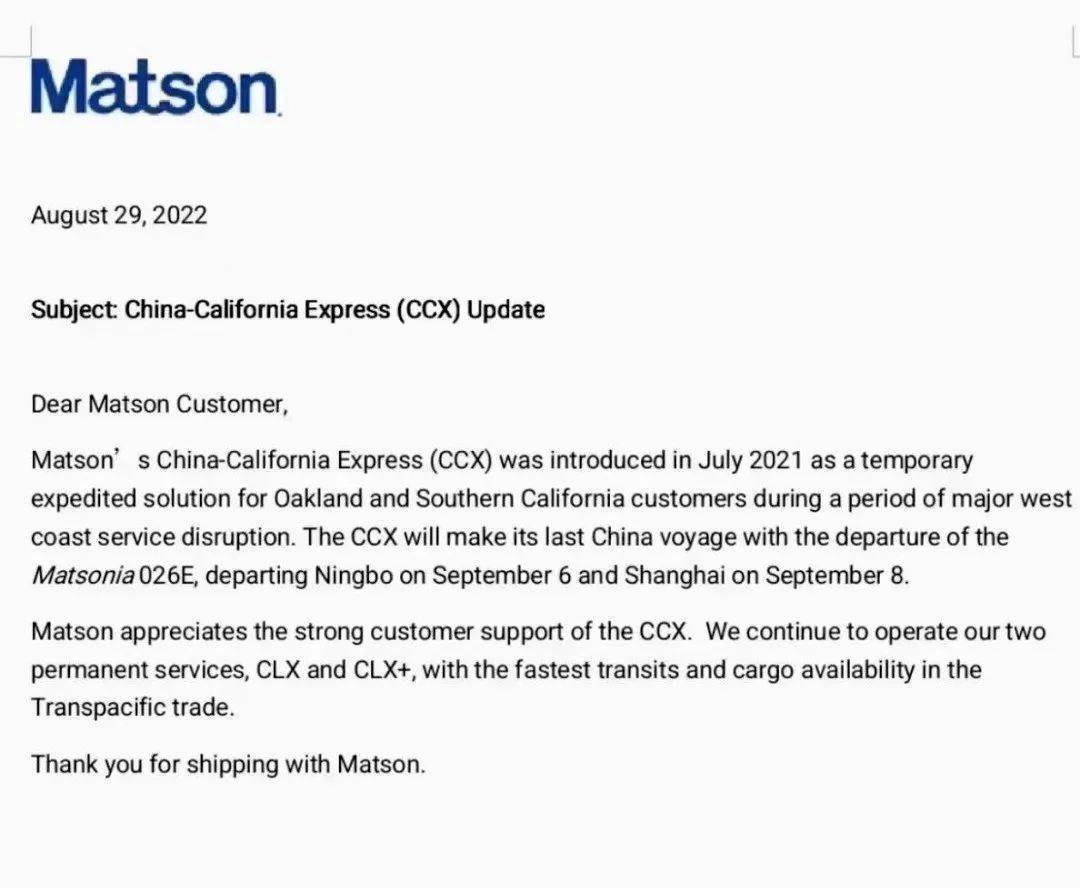 ② Directly from Shanghai to Oakland port in Northern California, the sea transportation time is 12 days; Ningbo to Oakland is 14 days.

④ The docking terminal is Matson's special terminal. No matter it is Oakland docking or Long Beach port docking. Both are at Matson's dedicated terminal. Not a shared pier.

⑥ Matson CCX, every 5 weeks, there will be 3 ships departing from Ningbo and Shanghai to the US. 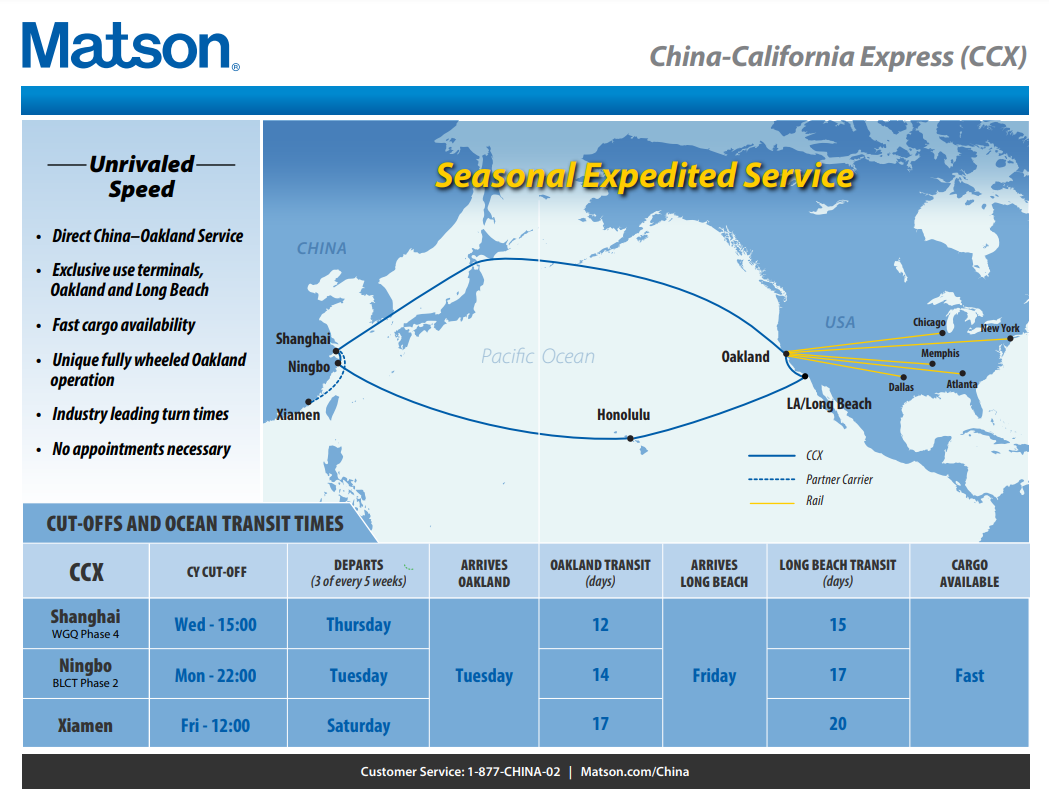 There is no clear official explanation for the discontinue of Matson CCX, and part of the speculation is that it is due to the COVID-19 combined with the international influence, causes a high percentage of blank sailing.

However, Matson can choose to discontinue of Matson CCX, it proves that the current capacity of the routes owned is enough to stabilize the market, which may also be the first step for Matson to stabilize the freight rate.

On September 20, Matson's CCX's last voyage, the 2,890 TEU "MANUKAI", arrived at the Port of Long Beach for unloading. It is expected to arrive in Honolulu on September 26 to conclude the final voyage.

In the future, Matson will provide services on the  CLX and CLX+. After Matson to discontinue CCX service, Matson's cargo will be more concentrated on CLX and CLX+ services, which greatly reduces Matson's operating costs. 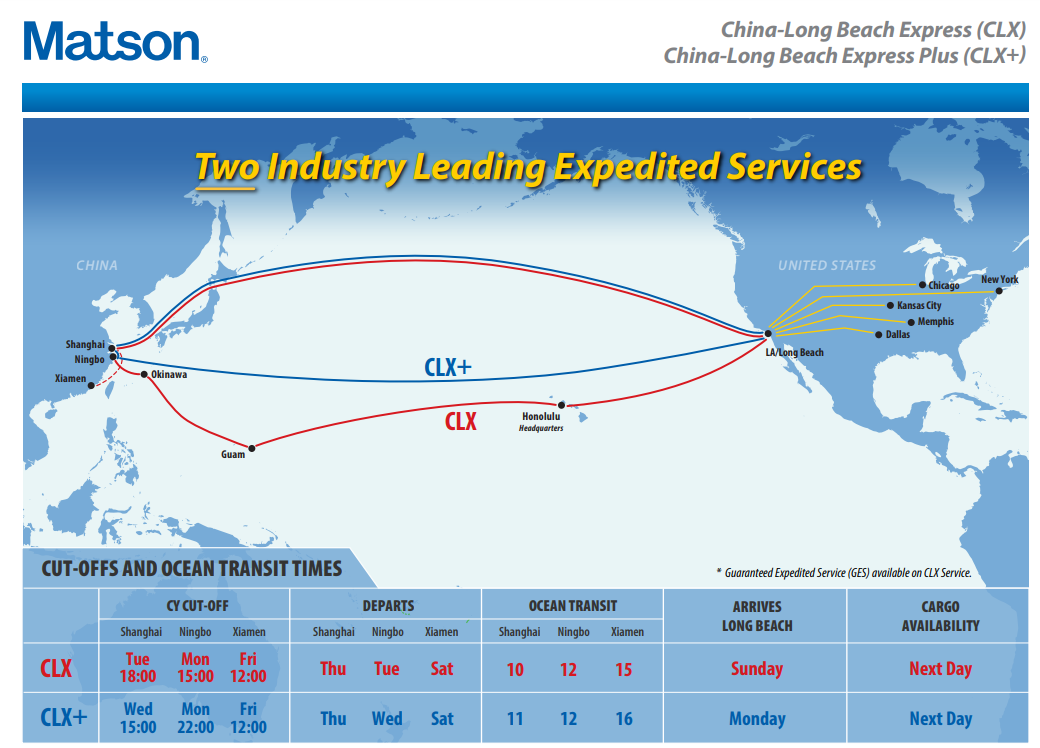