List of Major Ports in US and Port Rankings

· Major Ports in US

· Why are these the busiest ports in the US?

· How do the busiest U.S. ports affect container prices?

Major Ports in US 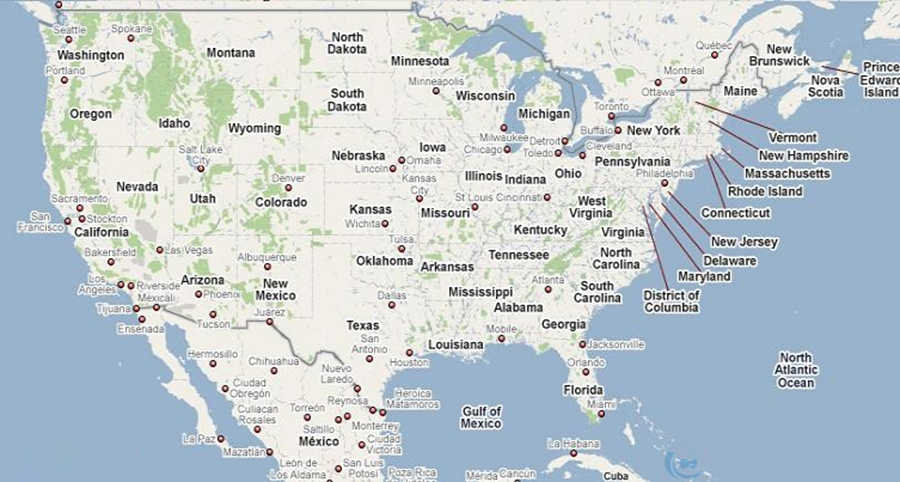 The following table is a compilation of the names of the major U.S. ports with their port codes and the routes to which they belong.

As you can see from the table, in addition to some large ports on the sea, there are also some ports that are inland public points under the IPI (Inland Point) transportation clause.

So, what is IPI? Cargo arrives by sea at a port on the West or East Coast and is then transported by rail or trailer or overland to an inland city in the U.S. These inland cities are IPI Points. 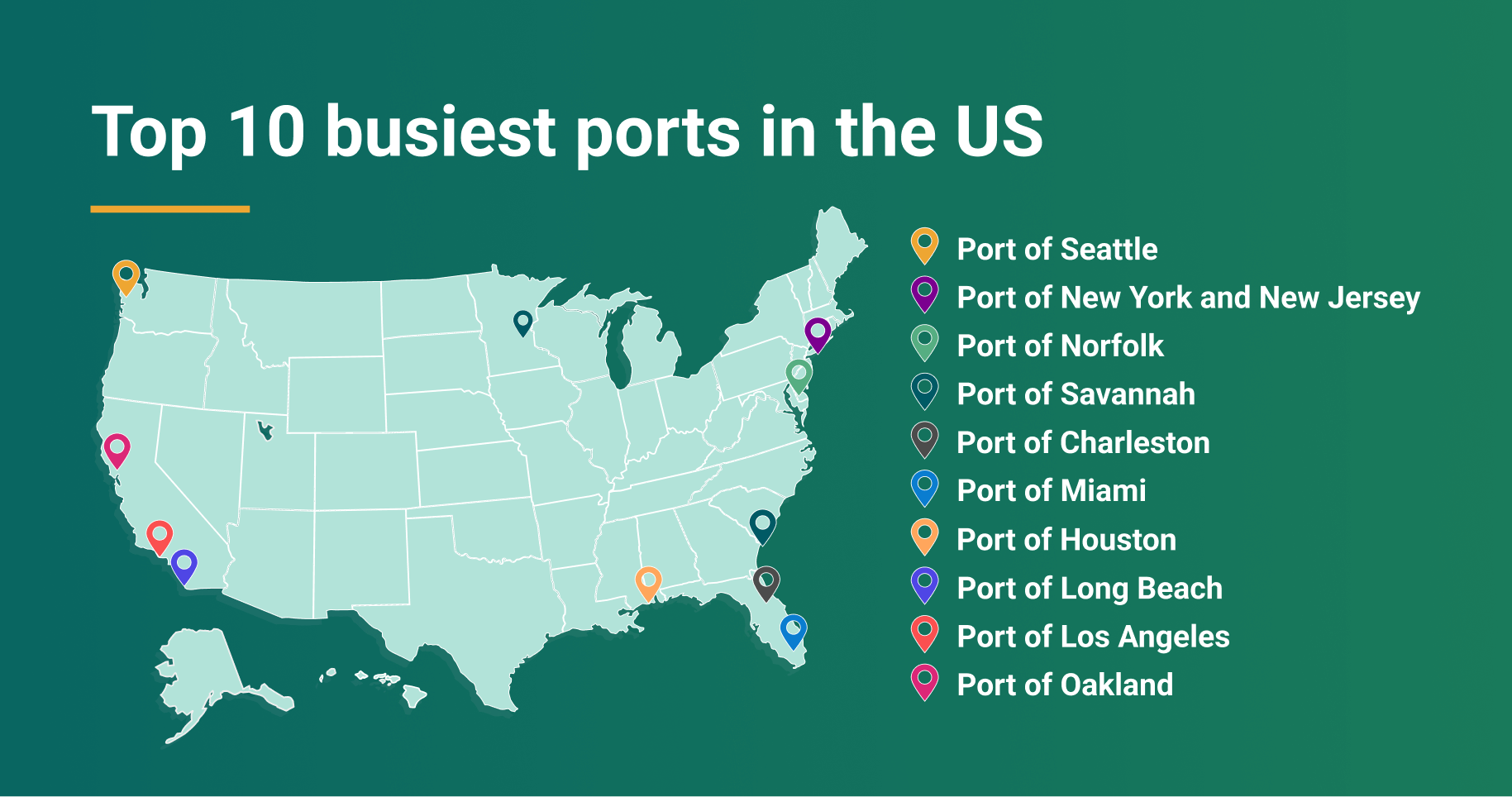 Top 10 Busiest Ports in the US

The Port of Long Beach has a capacity of 7,884,565 TEU. Do you know what the best aspect of this port is? The Port of Long Beach is popular for its environmentally friendly and safe operations. It has six terminals and is the second busiest port in the United States. The port's exports include cotton, meat, food, bulk grain, dairy products, leather and furs, and its imports include beverages, beer/malt beer/wine, frozen and canned fish, and meat.

If your company is shipping to the East Coast, you should be aware that the Port of New York and New Jersey is a major East Coast port with an estimated TEU volume of 74,557,886. The port primarily imports and exports scrap metal, bulk cargo, lumber, beverages, vehicles, and petroleum.

The Port of Savannah is a major port in Georgia, along with the Port of Brunswick. If you have cargo to send to Georgia, this is the port to choose. There are two terminals: the Ocean Terminal and the Garden City Terminal. The capacity is 4,682,255 TEU. Export cargoes include poultry, animal feed, cotton, bulbs and seeds, edible nuts, grain products and flour. Import cargoes include sugar, palm oil, coffee, rice, onions and dried onions.

The Port of Norfolk is located in Virginia, and cargo destined for Virginia can be sent directly to this port. Its capacity is 3,500,000 TEU. The port consists of three areas: the South Terminal, the North Terminal and the Central Rail Yard. The port's largest trading partner is China. Export cargoes include soybeans, grain products, grains, flour, bulk grains and tobacco products, while import cargoes include coffee, vodka, bitters, brandy, French cognac, vegetables and nuts.

The Port of Seattle works in tandem with the Port of Tacoma. The Port of Seattle has a fully automated grain transfer facility at Pier 86. If your company needs to ship grain, then you can rest assured that your cargo will be in good hands. That's because this terminal is responsible for transferring grain from transport trucks to silos, after which the grain is transported to cargo ships for ocean transport. The port has a capacity of 33,203,379 TEU.

The Port of Tacoma is a deep-water port and is therefore able to accommodate large cargo ships. Most of the primary exports from these two ports are crops, and imports range from automobiles to clothing and toys to a variety of equipment.

Do you want to ship to Texas? Then send it to the Port of Houston, which has made great strides in the past few years with a capacity of 315,062 TEU. The Port of Houston mainly exports lumber, fertilizer, iron and steel products. And the primary products exported are petroleum, minerals, oil and plastics. Imported cargoes are palm oil, ethanol, kerosene, fruit juice, milk and wine.

If your company is sending cargo to California, you should know that the Port of Oakland remains one of the busiest cargo ports in the United States, targeting international containerized cargo. With a capacity of 246,000 TEU, the Port of Oakland is an important port for U.S. exports of agricultural crops. Imported cargo includes apparel, consumer electronics, daily necessities, glass and a variety of household goods. The Port of Oakland exports large quantities of dried fruit and nuts, wine and other beverages.

The Port of Charleston has a capacity of 230,000 TEU. If you don't want to pay duties on goods, keep in mind that this port has its own free trade zone, which is what makes it different. All goods entering and leaving this port can be imported and exported free of charge, as there are no duties. Export goods are mainly bourbon, scotch, cotton, vegetables, bitters, brandy, spirits, beer and malt beer. Imported goods include gluten, palm oil, fishmeal, non-alcoholic beverages and meat.

Last but not least, the Port of Miami makes our top 10 list with 125,000 TEU of capacity. Did you know? It is the only southeastern seaport that can host new Panamax vessels, as it has the deepest shipping lanes of any southeastern seaport. This seaport has a total of 7 million square feet (650,000 square meters) of cargo storage space. Exports include grapefruit, citrus juices, poultry, dairy products, bitters, brandy and French cognac. Imports include fruit, vegetables, frozen fish, shrimp, prawns, wine and vodka. 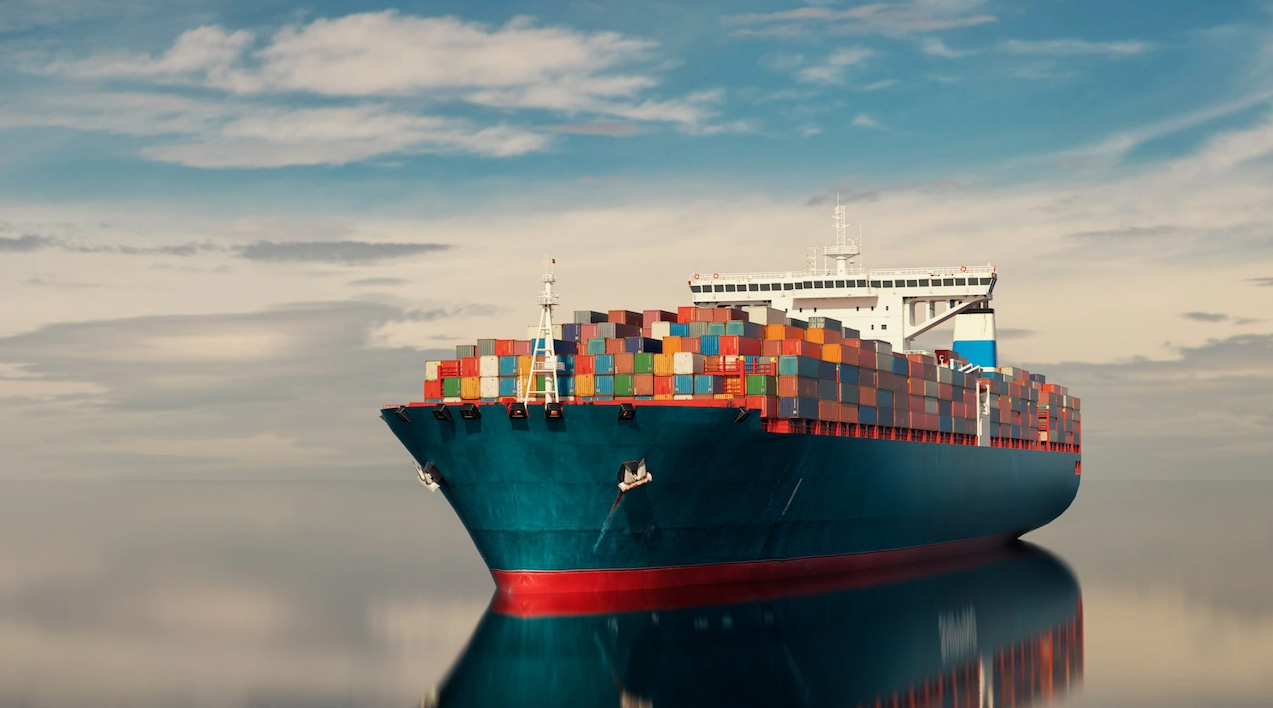 Why are these the busiest ports in the US?

On the one hand, because of its power and wealth, the United States has a great deal of influence over global trade, and its ports are large economic and trade centers that have a broad global impact. The entire country trades a lot of goods through a lot of imports and exports.

Another factor that creates busy ports is historical. For centuries the United States has taken full advantage of its waterways. Many projects were initiated along America's rivers many years ago. So, the United States built ports along the coastline and a few docks and ports along the rivers. This meant an increase in the number of ports. More imports and exports meant more participation in global trade, making U.S. ports the busiest in the world. How do the busiest U.S. ports affect container prices?

So, now that you know why these ports are busy, have you ever wondered how they affect container prices? Here's a look at some of the disturbing factors and how to deal with them.

Let's say, for example, that your container has been stranded at the terminal of one of the busiest ports in the United States, the Port of Los Angeles, for a long time and it's got you stumped. Why? Because there are serious port congestions and ship delays. These phenomena are common in busy ports.

Now that you have exceeded the agreed upon number of free days, demurrage and detention charges are increasing rapidly. The demurrage is so long that at the end of the day the demurrage charges are higher than the price of the container itself.

In addition, your container is damaged due to port congestion. A large number of containers stacked on top of each other can lead to scrapes and damage. Not to mention the effects of bad weather on the containers while stranded in the port.