The most contagious new crown variant BA.5 has recently been monitored in several cities in China, including Shanghai and Tianjin, causing the market to again focus on port operations. In response to the impact of the recurring outbreak, Chinese ports are currently operating normally at this time.

Potential rail freight strike may be averted in 60 days with Biden intervention: President Biden signed an executive order on July 15 local time appointing members of the Presidential Emergency Board (PEB) to intervene in U.S. national rail labor negotiations covering 115,000 workers, including BNSF Railway, CSX Transportation, Union Pacific Railroad and NORFOLK Southern Railway . Maersk will continue to closely monitor the progress of the negotiations, and no disruption of rail service is currently anticipated.

The contract between the International Longshore and Warehouse Union (ILWU), which represents longshoremen, and the Pacific Maritime Association (PMA), which represents the interests of U.S. West Coast longshore employers, expired July 1, local time in the United States. Both labor and management say the contract will not be extended, negotiations will continue, and port operations will not be interrupted until an agreement is reached.

California's "AB5" labor bill protested: The U.S. Supreme Court's June 28 decision rejecting the California Trucking Association's challenge means the "AB5" bill is now in effect. The "AB5" bill, also known as the "odd job worker bill," requires freight companies to treat truck drivers as employees and give them benefits. However, the bill has caused discontent among truckers because it means that truckers will lose their freedom to take orders or be burdened with more expensive insurance premiums. Since most trucking associations in Southern California have historically preferred and fought for the right to operate as independent contractors and do not want to become corporate employees. There are approximately 70,000 truck owners and operators throughout California. At the Port of Oakland, there are approximately 5,000 independent truckers who make daily deliveries. "The extent to which AB5 will affect the current supply chain is not yet clear. 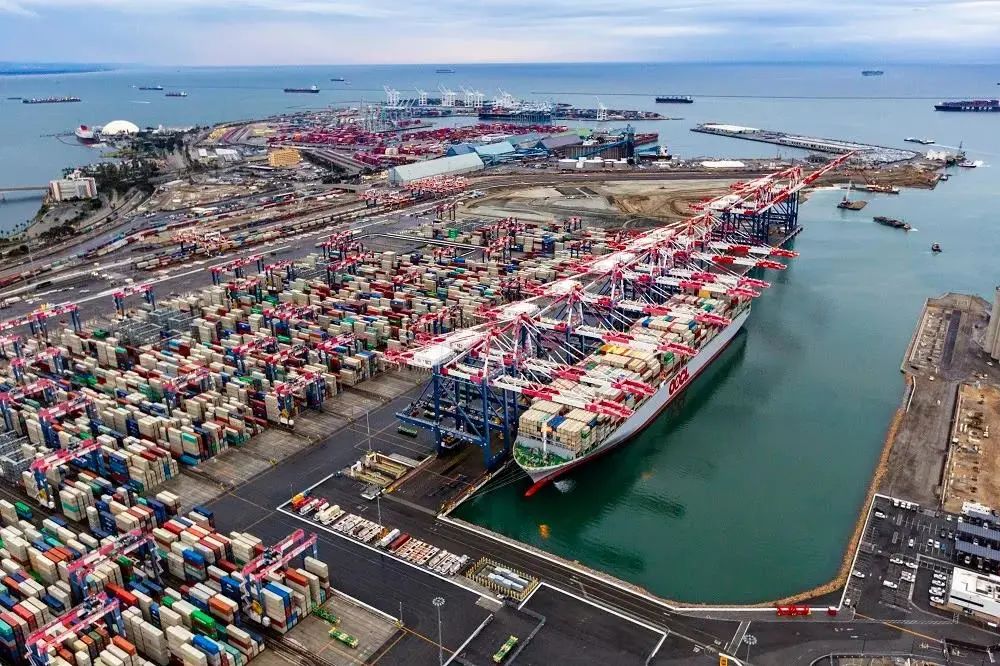 Operations at the Port of Oakland came to a near standstill last week after protesters blocked the terminal gates. Ship and terminal operations slowed as cargo operations were halted and hundreds of ILWU members refused to cross the blockade for safety reasons. However, California truckers stopped their protests over the weekend.

The Port of Oakland, a key hub for more than $20 billion in California agricultural exports, including almonds, dairy products and wine, and the eighth busiest container port in the U.S., was struggling to clear stranded cargo due to the outbreak before the trucker protests began.

Maersk has been working aggressively over the past several years to ensure its operations are in compliance and does not expect AB5 to negatively impact Maersk's ability to serve its California customers.

According to the latest data from SEA INTELLIGENCE, the Asia to U.S. West route's on-time rate improved by 1.0% YoY to 21.9%. The 2M alliance of Maersk and Mediterranean Shipping Company (MSC) was the most stable liner in April and May this year, with an on-time rate of 25.0%. On the Asia to US East route, the average on-time rate dropped 1.9% YoY to 19.8%. In 2022, 2M Alliance has been one of the top performing liner companies on the U.S. East route. In particular, in May 2022, Maersk achieved an on-time rate of 50.3 percent, followed by its subsidiary HAMBURG SüD at 43.7 percent.

The number of queued vessels is still increasing and the number of queued vessels moored outside the U.S. container ports is still increasing. 68 vessels are on their way to the U.S. West, of which 37 vessels will sail to Los Angeles (LA) and 31 vessels will sail to Long Beach (LB). the average berthing time in LA is 5-24 days and the average berthing time in LB is 9-12 days.

Maersk has worked to improve the TPX time from Yantian-Ningbo to LA Terminal 400 to 16-19 days.

In the Pacific Northwest, both shifts and operations continue to be challenging, particularly at CENTERM in Vancouver, where site utilization is at 100%. CENTERM has now switched to single-ship berthing operations and is facing congestion. CENTERM is expected to reopen its second berth in September. The average rail detention time is 14 days. This has a significant impact on ship operations for the foreseeable future. In addition, given that cruise ships have restarted in the area, there could be a labor shortage, which would further exacerbate the situation. Maersk said it is looking for solutions to reduce the overall impact by optimizing its routes.

Long lines are already forming around the U.S. East and Gulf of Mexico ports, the ports of Savannah, New York-New Jersey and Houston. Many terminals are currently nearing full yard utilization. Congestion at U.S. East ports persists, both due to strong demand and from the impact of factors that shift ships from the U.S. West to U.S. East ports. Operational delays at some ports have disrupted shift schedules and increased transit times. In particular, Port of Houston standby time reached 2-14 days, while Port of Savannah had about 40 container vessels (6 of which were Maersk vessels) with standby time of 10-15 days. New York-New Jersey port berthing time varies from 1 week to 3 weeks.

Maersk said that in order to provide the best possible service, it is taking a variety of measures to mitigate delays as much as possible, while developing other contingency plans. For example, TP23, which calls the Port of New York-New Jersey, has been abandoned in favor of TP16, which calls Maersk Terminals' Elizabeth Terminal, with an average berthing time of two days or less.

In addition, Maersk is working closely with the terminals to closely monitor any possible changes and to schedule vessels and capacity in a timely and reasonable manner to minimize delays and standby time, thereby minimizing capacity loss. 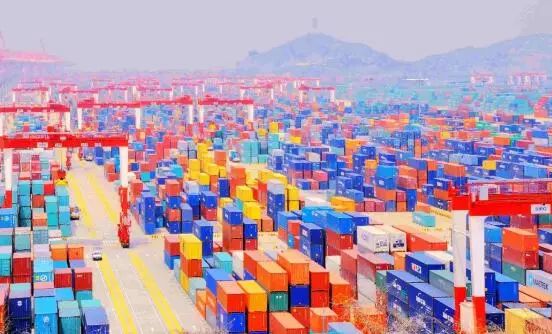 Causes and progress of landside congestion

Inland, terminal and rail yards are expected to continue to experience significant congestion, which is severely impacting mobility throughout the supply chain. Additional customer support is needed to address the surge in import container hold times, particularly in inland rail areas such as Chicago, Memphis, Fort Worth and Toronto. For in Los Angeles and Long Beach, this is primarily a rail issue. High yard utilization continues to be a major issue, with Los Angeles yard density now at 116% and Maersk rail container detention times at 9.5 days. For railroads, the availability of trained rail workers to manage current demand remains a challenge.

According to PACIFIC MERCHANT SHIPPING ASSOCIATION, the average wait time for import containers waiting to be shipped by rail at the ports of Los Angeles and Long Beach reached a record high of 13.3 days in June. Considering the continued rail delays faced by import rail shipments to Chicago via Pacific Southwest ports, Maersk is advising customers to reroute to U.S. East and U.S. Gulf ports whenever possible.

Despite the ongoing challenges, Maersk is working with suppliers on a daily basis to ensure that it is able to provide equipment, including empty containers, to its customers. Empty container holdings in North America are stable and able to meet export demand. 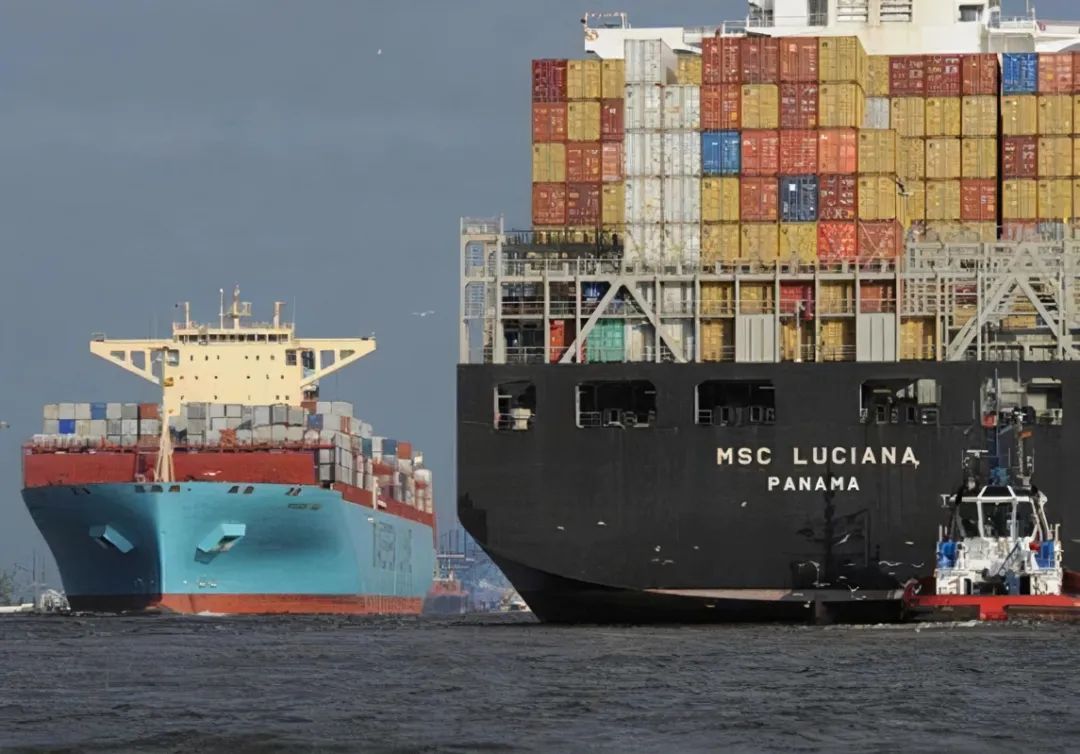 Supply chain is key to central banks' fight against inflation

Global monetary policy makers have been raising interest rates to curb inflation, but with the risk of an economic slowdown or even recession, it's hard to say whether it's working. The recent U.S. CPI increase of 9.1% was the highest in 40 years. The supply chain is considered to be one of the main factors contributing to inflationary pressures. The main reasons for the price spike are shortages of goods and labor, as well as strong consumer demand and continued supply chain disruptions.

Despite evidence that U.S. demand for Asian exports is slowing, demand for container shipping continues to far outstrip North American terminal capacity. As we enter the traditional peak season for import shipments, the supply chain should ensure smooth flow and keep congestion levels to a minimum. Maersk called for maintaining balance as a shared responsibility of shippers and carriers, and the need for more aggressive and effective action to reduce inflation.