On July 25, Kuehne+Nagel announced its second quarter and first half of 2022 results, achieving three consecutive quarters of profit in excess of $1 billion. 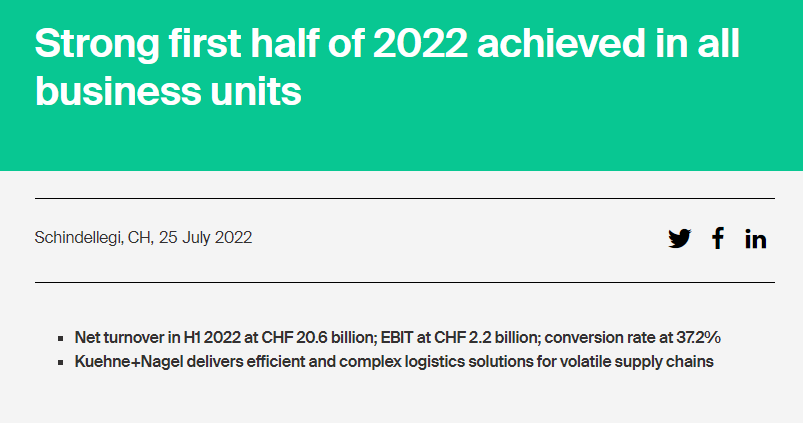 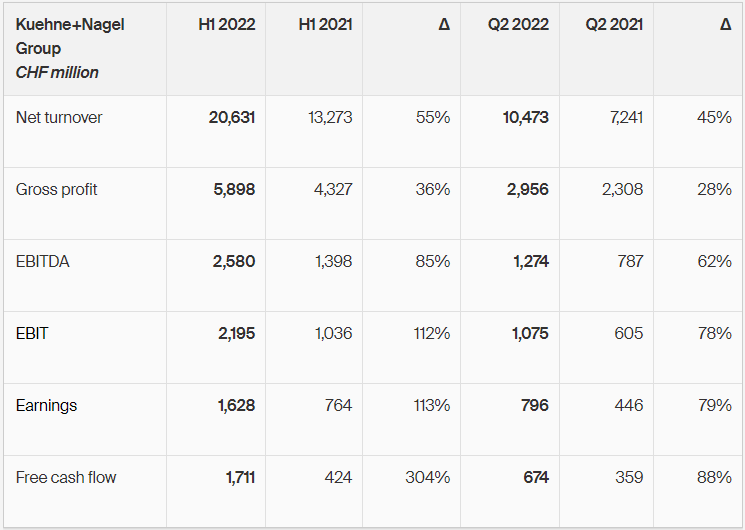 "In response, Kuehne+Nagel is providing customers with more efficient and diverse logistics service options through digital platforms, industry solutions and the tireless efforts of our employees." Detlef Trefzger said. 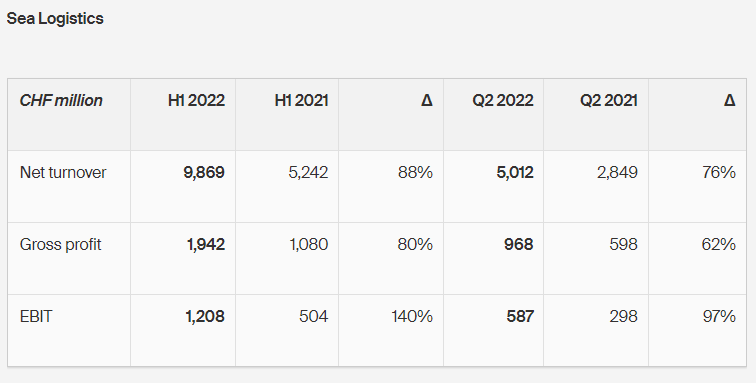 Commenting on the first-half results, Joerg Wolle, Chairman of the Board of Directors of Kuehne+Nagel Group, said: "Geopolitical and macroeconomic turmoil is challenging the global economy, especially in the logistics industry. In this challenging environment, Kuehne+Nagel is still delivering on the Group's strategic positioning and providing customers with innovative supply chain solutions based on globalization. We expect the demand for high-quality services in the global market to continue to remain stable in the second half of 2022."