Starting from 11th, India has officially launched the rupee settlement mechanism for international trade. The mechanism requires Indian importers to pay in rupees according to the overseas seller's invoice for the supply of goods or services, while Indian exporters are also required to obtain export proceeds in rupees from a special account designated by the partner country's correspondent bank, and the price in rupees used by both parties is determined by the international offshore exchange rate.

Simply put, other countries have to exchange foreign currency for rupees when they buy Indian goods, and the other party needs to accept rupee transactions when India buys goods from other countries.

In order to facilitate the growth of global trade focused on Indian exports and to support the growing interest of the global trading community in the Indian rupee, it has been decided to implement an additional arrangement for invoicing, payment and settlement of import and export goods in Indian rupees. Prior to the implementation of this facility, AD Bank shall obtain prior approval from the Mumbai Central Office of the Foreign Exchange Department of the Reserve Bank of India.

Indian media said this measure is the first time in the history of India to take, but it is not yet known how effective.

Since the policy was introduced, it has been observed that it is almost a copy of the Russian model, except that "international loan repayments are made in rubles (one of Putin's financial policies)", indicating that the Modi government is also hoping that the value of the rupee will soar like the ruble.

The act is undoubtedly a call to arms with the U.S.-mandated dollar settlement system for international transactions, which will make the U.S. currency less "harvestable" and can be a considerable challenge to the dollar hegemony.

However, it was reminded that all the prerequisites are that India can adhere to the long-term international settlement in rupees, and the government also needs to take action to enforce control, can not rely on the "spontaneous patriotic" businessmen.

It is also worth mentioning that some economists are not optimistic that India will follow Putin's "ruble settlement model".

They believe that to achieve the same success as the Russian currency there are at least two prerequisites.

One is that Russia has in its hands "hard currency" resources for international export, such as food, fertilizers and natural gas, which creates an absolute market of sellers, in contrast to India, which has few irreplaceable export goods and will even lose customers if it is forced to settle in rupees.

The second is that if the rupee settlement order really has some impact on the dollar system, India will inevitably be threatened by sanctions from the U.S. side, Russia is now almost "immune" to all aspects of U.S. sanctions, and India's fragile foreign trade economy to fight the U.S. pressure, also very difficult.

An official statement issued by India's Ministry of Commerce and Industry said: "The Government of India has made appropriate changes to the Foreign Trade Policy and Procedures Manual to allow international trade settlement in Indian rupees, i.e., invoicing, payment and settlement of import and export operations in Indian rupees."

The Ministry of Commerce also said:- "Accordingly, the fulfillment of benefits/export obligations under the Foreign Trade Policy has been extended to be realized in Indian rupees as per the Reserve Bank of India (RBI) guidelines."

And added, "In view of the increased interest in internationalization of the Indian rupee, corresponding policy revisions have been taken to facilitate and ease international trade transactions in Indian rupees."

While this alternative mechanism is largely designed to overcome payment bottlenecks in trade with Russia following the imposition of Western sanctions on Moscow, New Delhi is considering expanding the circulation of the rupee.

With Russian banking institutions still cut off from the international payment system SWIFT, bilateral trade between India and Russia has become a serious challenge.

The government is now allowing international trade settlement in rupees to boost exports," Indian Commerce and Industry Minister Piyush Goyal said in a statement. Exporters can now use our currency for trade transactions."

Shipper groups have been pressuring the government for incentives to encourage rupee trading mechanisms, and the latest regulations are a response to that demand.

In response, the Federation of Indian Export Organizations (FIEO), in an earlier appeal, called on the government and the RBI to consider expanding the "export refinancing facility" for transactions in local currency. Competing countries have much lower interest rates than India. The double whammy is the exchange rate loss, as the Indian rupee remains one of the relatively strong currencies globally."

While trade stakeholders are optimistic about this alternative, it remains to be seen how many major banking institutions will come forward to support settlement in rupees.

In an earlier statement, the Apparel Export Promotion Council (AEPC) said, "This new arrangement will encourage countries with foreign exchange reserve problems, or to overcome restrictions imposed by the U.S. and other developed countries, to trade in their own currency." 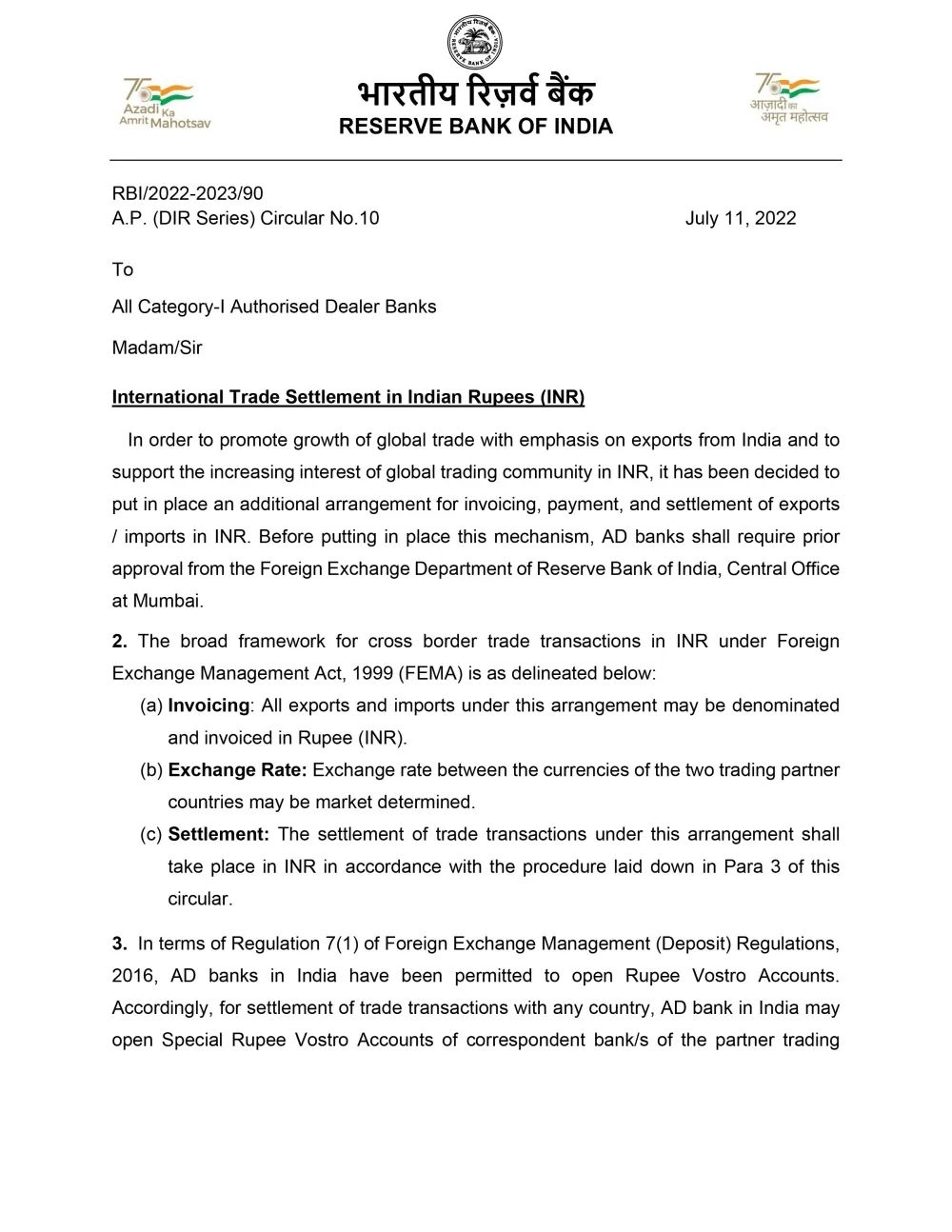 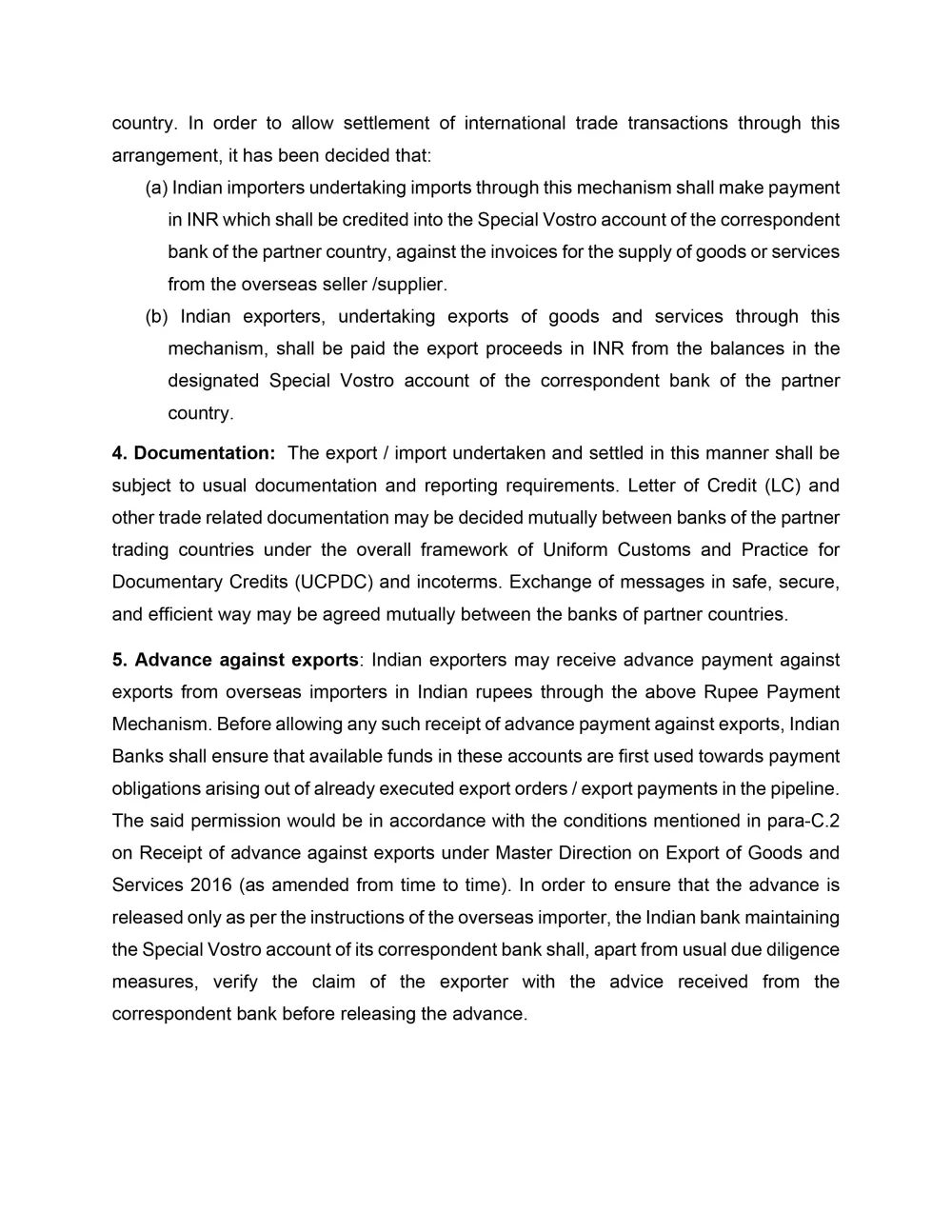 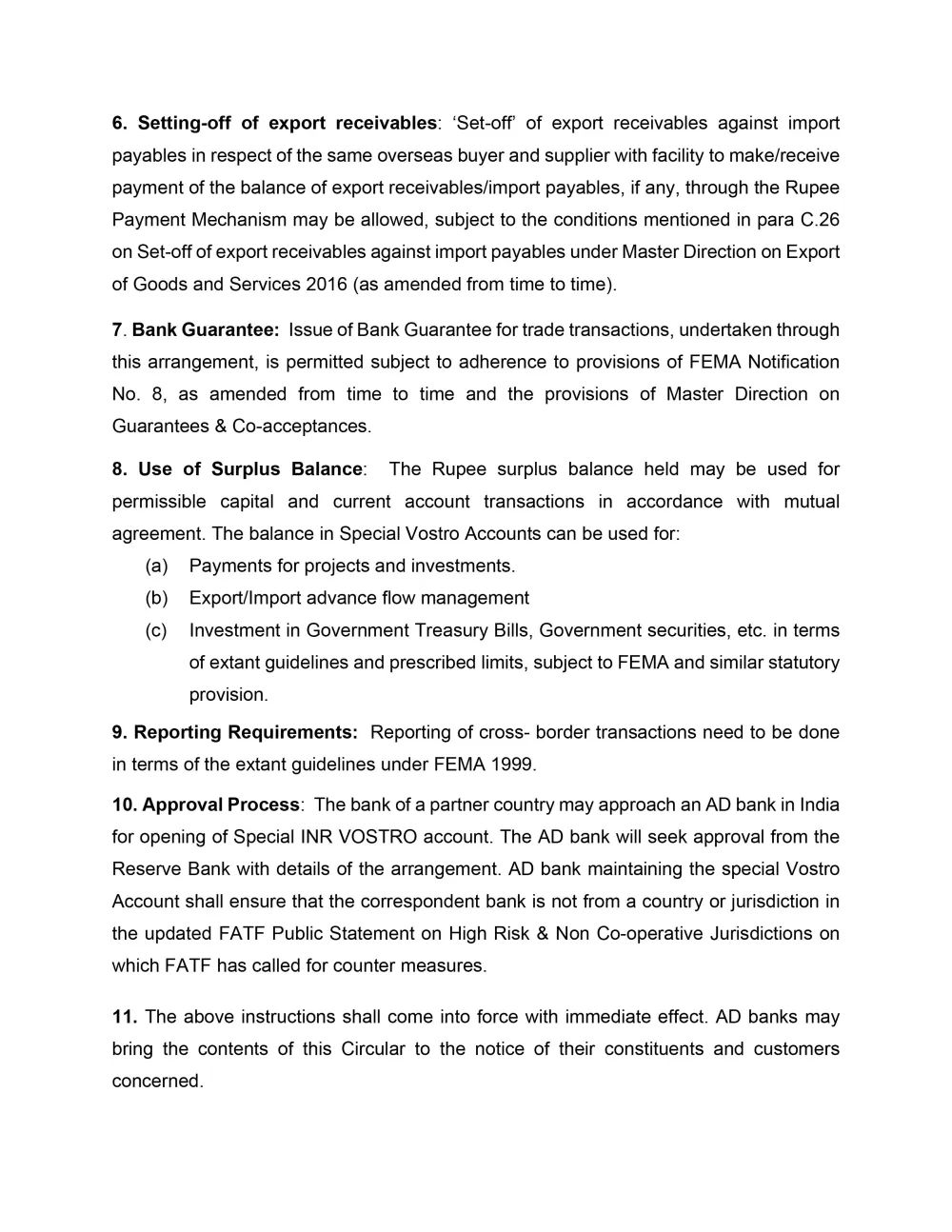 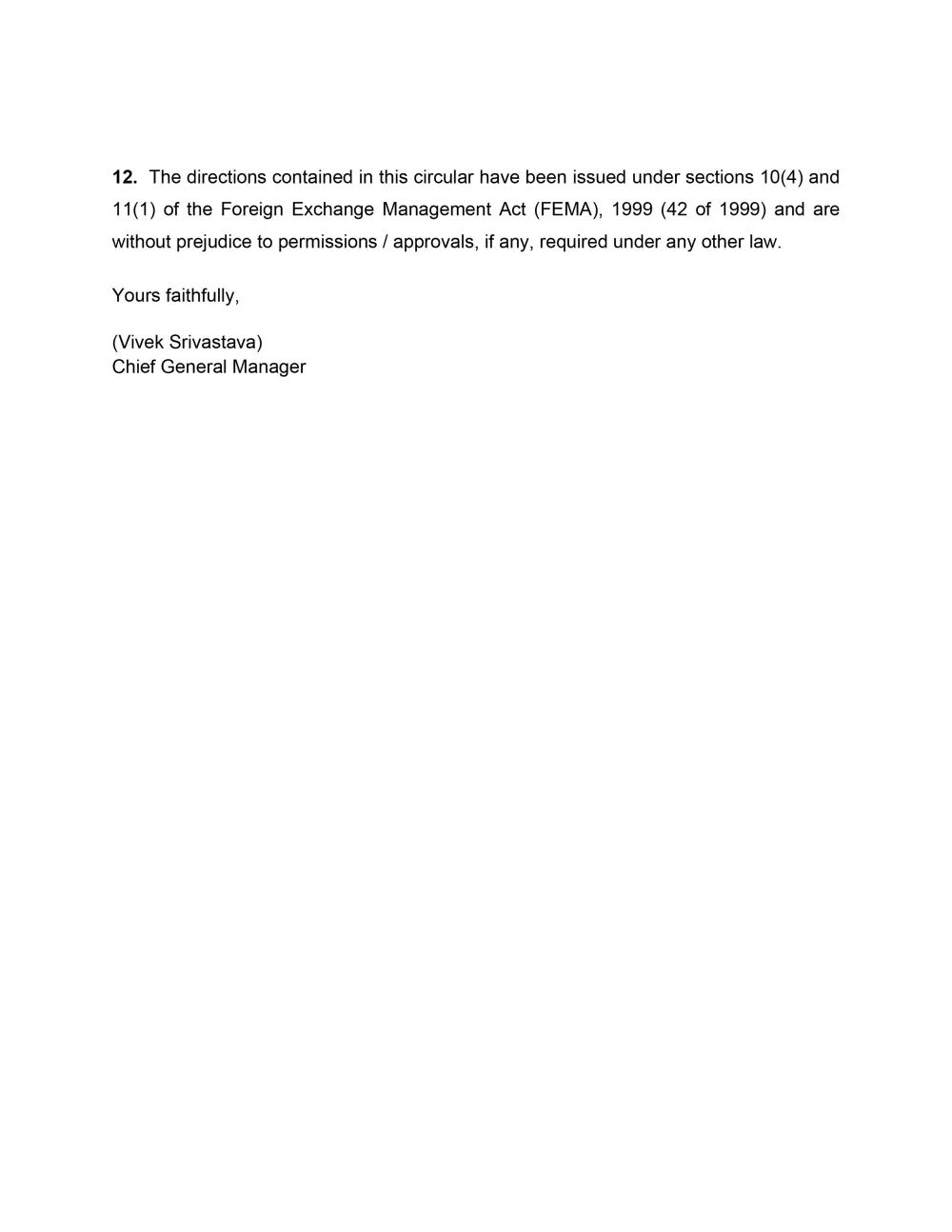