New Regulations for International Maritime Trade from May

From May 1, 2022, Myanmar's implementation of the RCEP agreement to RCEP member countries will come into effect, and China will also give preferential agreement tax rates to goods imported from Myanmar that apply the RCEP origin standards. The remaining Philippines and Indonesia of the RCEP have not yet entered into force. 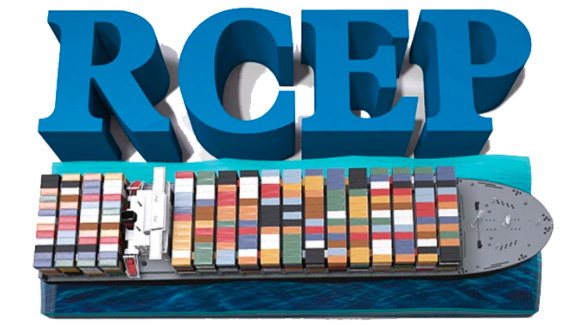 The Customs Tariff Commission of the State Council issued an announcement on April 27. According to the relevant provisions of the Regulations of the People's Republic of China on Import and Export Tariffs and the Regional Comprehensive Economic Partnership (RCEP), as well as the entry into force of RCEP in Myanmar, from May 1, 2022 Since then, some imported goods originating in Myanmar will be subject to the agreed tax rates applicable to RCEP ASEAN member states; the tax rates in 2022 will be listed in the "Import and Export Tariffs of the People's Republic of China (2022)" (Announcement of the Tax Commission No. 10 in 2021 Annex) The tax rate column of the agreement is listed, and its corresponding Chinese abbreviation is "ASEAN R".

The Trade Bureau of the Ministry of Commerce of Myanmar issued a (6/2022) Import and Export Announcement. From April 20, 2022, import license applications submitted after the arrival of the goods will no longer be approved.

In addition, the Ministry of Planning and Finance's Announcement No. (68/2019) also issued a statement that in order to comply with the Ministry of Commerce's Announcement No. (50/2020) of July 8, 2020, in addition to the approved import license, the goods can be stored Outside the warehouse of the customs, the rest of the unapproved goods are prohibited from arriving at the port in advance, and violators will be held accountable according to law.

Despite this announcement, some companies and merchants still apply for import licenses only after the goods arrive at the port, and do not comply with the instructions issued by the authorities, and the phenomenon is becoming more and more serious. In order to avoid unnecessary losses, the authorities once again reminded merchants that shipments should only be started after obtaining an import license.

The latest news on April 17, the General Administration of Import and Export Control of Egypt (GOEIC) decided to stop importing products from 814 foreign and local Egyptian factories and companies. The companies on the list are from China, Turkey, Italy, Malaysia, France, Bulgaria, the United Arab Emirates, the United States, the United Kingdom, Denmark, South Korea and Germany.

2. Substitute paragraph 3 of the original Article 2.

Original Article: Anything contrary to or inconsistent with the provisions of the Ministerial Decree shall not be registered.

Current terms: If you register in accordance with the aforementioned terms, you can complete the registration process within 15 working days from the date of completing all the requirements for submitting the materials based on the basis for completing the registration. If the competent authority has doubts about the authenticity of the material, it is necessary to verify the authenticity of the relevant information before registration, including inspection of the enterprise or factory.

3. The original article 2 stipulates the conditions that factories and enterprises using trademarks need to meet before registration. This revision adds three new provisions under this article:

First, the registration materials can be submitted through the embassies and consulates of relevant countries in Egypt;

Second, the update of relevant documents must be completed within 30 days before the expiration date;

Third, the successful registration or cancellation will be published monthly in the Egyptian Gazette and the website of the General Administration of Import and Export Control.

Second, delisting from the registration list needs to be decided by the chairman of the State Administration of Import and Export. The relevant enterprises may appeal to the Complaints Committee within 60 working days from the date of the decision.

Please check the list of Chinese foreign trade enterprises exporting to Egypt and confirm that they and their customers are not on the list to prevent export to Egypt from being blocked.

From May 1st, Port Klang, Malaysia will implement a new standard operating procedure (SOP) for container clearance. If the relevant container requires further investigation, it must be completed within 3 to 30 days. Previously, no time limit was set for the port's container entry to customs clearance. In 2021, Port Klang will be the 12th largest port in the world.

On the import side, the Central Bank of Nepal convened the CEO and representatives of commercial banks to instruct them not to open letters of credit for goods other than essential goods.

Banks will no longer open letters of credit for the importation of private vehicles, cigarettes, alcohol, dried fruit, furniture, decorative items and cosmetics after the regulation comes into effect. At present, Nepal Commercial Bank has agreed not to issue letters of credit for import of non-essential goods.

Specific products restricted from importing include:

The Indonesian Ministry of Agriculture and Quarantine Agency (IAQA) notified that the exporter or the representative of the country of origin is required to provide advance notification online at the latest before the goods arrive in Indonesia, and the following information must be attached:

- The number, date and place of issue of the phytosanitary certificate.

- Register the name of the food safety testing laboratory.

Plant-sourced fresh food is exported to Indonesia, and prior notice must be given in accordance with the above-mentioned new regulations before the goods arrive in Indonesia, so as not to delay business opportunities.

It is understood that the upgrade protocol further expands the market opening of China and New Zealand in the fields of goods, services, investment, etc., further improves the level of rules such as trade facilitation, and adds four new chapters on e-commerce, competition policy, government procurement, environment and trade. It is more in line with the needs of modern economic and trade development.