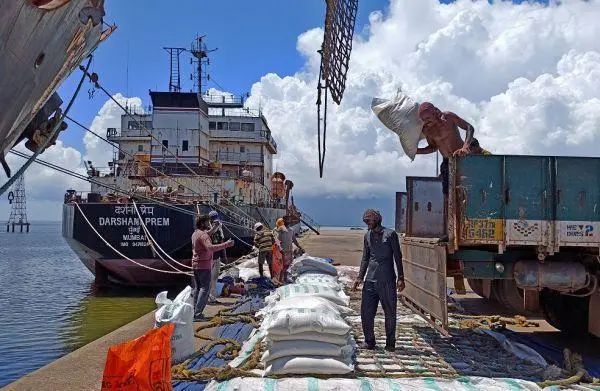 According to a notice issued by the revenue department, all rice (uncrushed rice), brown rice and refined rice (except steamed grain rice and Indian aromatic rice) will be subject to a 20 per cent export duty from September 9.

The notification said, "The Central Government does consider that certain commodities should be subject to export duties and that there are circumstances which necessitate immediate action."

The announcement comes at a time when rice prices have risen sharply due to increased demand from Bangladesh, Iran, Iraq as well as Saudi Arabia, and a reduction in rice cultivation in several states.

Earlier, rice cultivation was low and late due to uneven rainfall, especially in Uttar Pradesh, Bihar, West Bengal and Jharkhand.

According to data from the agriculture department, as of 2 September, rice cultivation was 6 per cent lower than in the same period last year in the current summer season for the autumn crop.

The export tax on rice follows India's ban on wheat exports in May - a move taken after a heatwave led to a reduced harvest.

Data from the Ministry of Consumer Affairs, Food and Public Distribution show that retail rice prices have risen by 5.7 per cent over the past year, while wholesale rice prices have increased by 7.8 per cent.

India is the world's second largest producer of rice after China and is the largest exporter, with a 40 per cent share of the global rice trade. It has set a target of producing 112 million tonnes of rice during the summer-sown autumn crop season, which runs from June to October this year.