Recently, protests or strike action have been launched by everyone from German port workers, British rail workers, Belgian trade union labourers, Spanish truck drivers, to thousands of European airline employees. The following August will see further protests by workers at the UK's largest container ports, Felixstowe, Liverpool Peel and the railways. Waves of strikes in the European sea, land and air transport industry have led to congestion and shutdowns at ports and disruptions in the supply chain. Shipping schedules and delivery times will be further delayed. 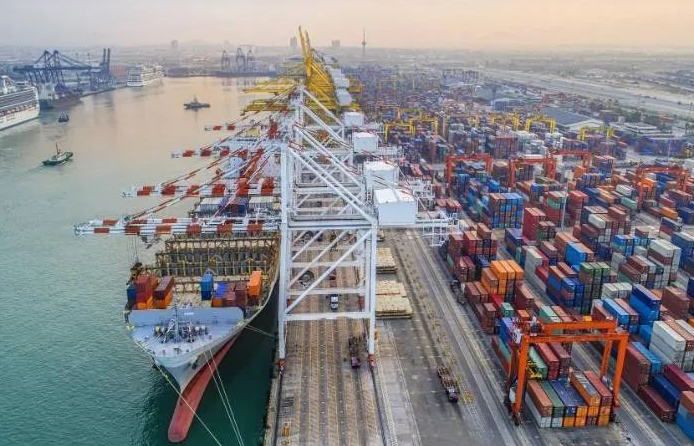 A few days ago, the Korean shipping company HMM made an announcement that the increasing congestion at European terminals and the increased detention time of imported containers has led to a continuous increase in yard utilisation and high workloads, thus adversely affecting terminal operations, throughput and resources. As a result, an increasing number of terminals are attempting to address the issue of long-stay containers through various measures, including the transfer of containers to separate storage areas and/or the introduction of additional one-off and/or daily charges for importing long-stay containers. 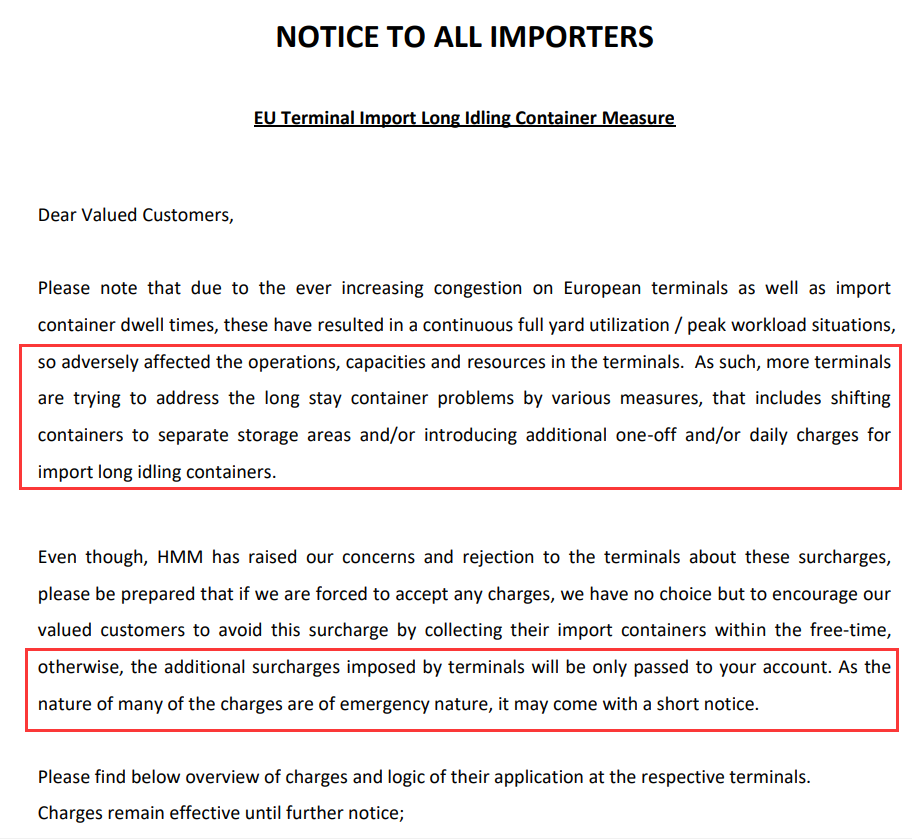 While HMM has raised concerns and rejected these surcharges with the terminals, HMM also reminds customers to be prepared that if forced to accept any charges its has no choice but to encourage customers to avoid these surcharges by picking up their import containers as soon as possible during the free period; otherwise, additional surcharges imposed by the terminals will simply be passed on to customers. As many of the charges are of an emergency nature, notice may be given at short notice.

Below is an overview of the charges and the rules and criteria for each terminal. Charges remain in force until further notice. 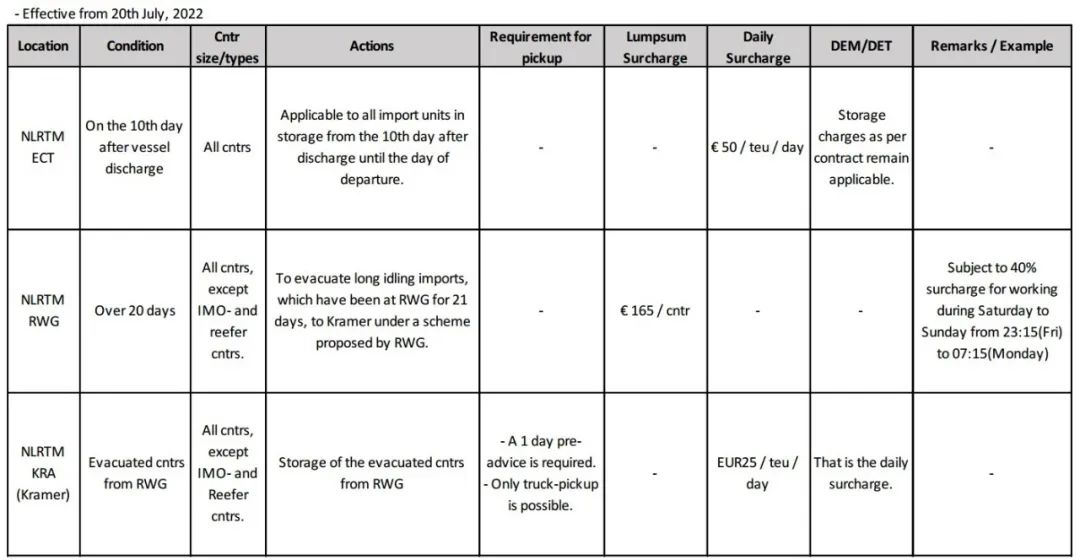 The recent spate of strikes across Europe and the USA has extended the original problem of port congestion from the USA to Europe, including rumours of strikes jamming the ports of Hamburg in Germany and Antwerp in Belgium, as well as strikes by workers at the UK ports of Felixstowe, Peel and the National Railways in August. Europe's major ports could no longer afford to go on strike and these strikes largely paralysed cargo handling in major ports such as Hamburg, Bremerhaven and Wilhelmshaven. The Dutch port of Rotterdam was not on strike, but the port was also relatively busy with ships waiting longer to enter the port due to the shift in cargo volumes in the plug ports of Hamburg and Antwerp.

In June, the port of Rotterdam, the first major port in Europe, was once in a state of emergency, the port faced a large number of empty containers backlog of the port situation, so that many European shipping industry people are deeply anxious. Reports show that more than 2% of global capacity was at a standstill in the North Sea in June, with no end in sight to container traffic congestion in early July and port blockages increasing in other regions. Due to the unusually long period of congestion, these vessels cargo can not be loaded and unloaded.

Attention foreign trade people who recently shipped Europe! Pay attention to the ship schedule of major ports and the utilization rate of the dock yard to avoid unnecessary losses.