On April 14, the container ship "HAIAN CITY" collided with the product tanker "ORION EXPRESS" about 15 nautical miles south of Chittagong port in Bangladesh. The accident caused one or more containers of the ship "HAIAN CITY" to fall into the sea. Both ships were damaged, details of which are unknown.

According to the voyage track and AIS records, the Vietnamese-flagged container ship "HAIAN CITY" left Chattogram port for Singapore in the morning and encountered near Kutubia, about 14 nautical miles from Patenga Naval Base at around 10.30am ACCIDENT. The ship was hit by an incoming tanker named "Orion Express", causing the container on board to fall into the sea, and the container ship was partially damaged due to the accident.

Chattogram Port Authority (CPA) secretary MD Omar Faruk said both ships were damaged, the container ship is currently anchored in the bay but has stability issues that need to be repaired, while the tanker arrived at the outer anchorage in the afternoon. 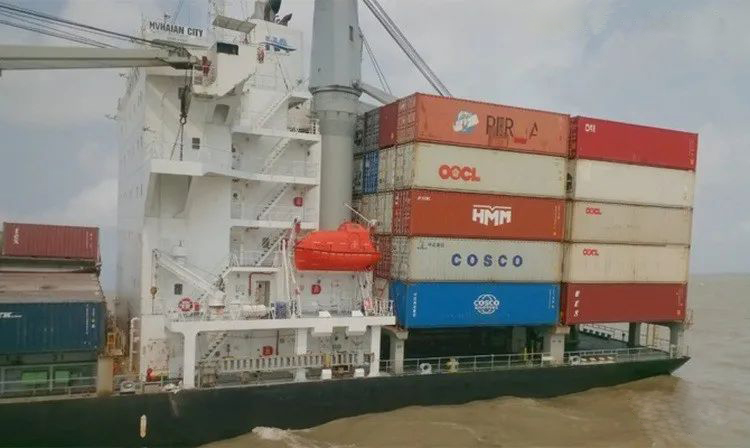 The Port Authority (CPA) has informed the pilots on duty, the "Kadari-11" tugboat and the "Bay Cleaner 2" pollution control vessel to salvage the drowning containers, and the "JARIP" vessel is on standby to assist the collision vessel.

Sources said that the whereabouts of the container that fell into the water is still unknown. Meanwhile, the Merchant Marine Department (MMD) has set up a two-member investigation team led by a marine surveyor to investigate the accident.

It is reported that the ship is a feeder ship between Singapore and Chittagong, involving ANL, APL, CMA CGM, CNC, COSCO SHIPPING, GOLD STAR LINE, HAPAG-LLOYD, ONE, OOCL, PIL, SITC and many shipping companies share cabins .

Port Authority (CPA) secretary MD Omar Faruk said the two collided vessels were advised not to sail away until seaworthiness and claims issues were confirmed.