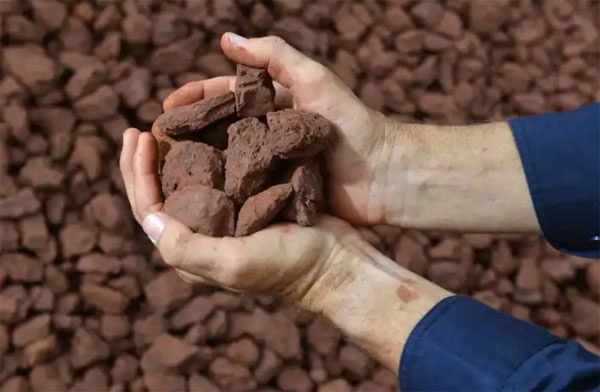 According to the shipbroker: “On the other hand, imports from the EU are recovering, with imports rising by 3.6% year-on-year to 56.5 million tonnes in the same period. However, European imports are still well below 2019 (6,280 in the January-August period of that year) tonnes) and 2018 (65.7 million tonnes).” 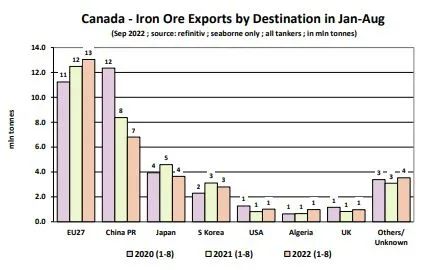 Statistics show that Canada is the fourth largest exporter of iron ore in the world, after Australia, Brazil and South Africa. Canada accounted for 3.3% of global seaborne iron ore shipments from January to August 2022. Canada's seaborne iron ore exports peaked in 2020 and have been declining since. 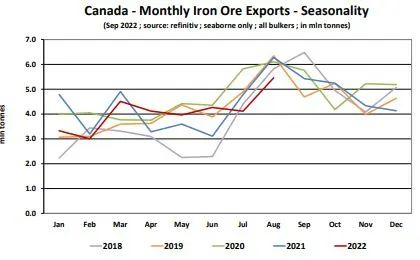 Banchero Costa added: “The largest loading port by volume is Seven Islands, with 18.3 million tonnes of iron ore loaded in the first eight months of 2022. An additional 12.8 million tonnes of iron ore was shipped from nearby Cartier this year. In addition, 1.7 million tons were loaded this year from Milne Bay on Baffin Island, the northernmost part of the Arctic. Given the location of the loading port, the natural market for Canadian iron ore is the Atlantic Basin. However, given the size of the European market Limited and lacking growth potential, Canada has been fairly successful in diversifying its products to facilitate access to Asian markets. The EU remains Canada's largest iron ore export destination by far, accounting for total Canadian iron ore exports so far in 2022 The EU is already the largest buyer of Canada's seaborne iron ore, and its exports increased by a further 4.5% year-on-year in the January-August 2022 period, from 12.5 million tons in the same period of 2021 to January 2021 As of August 13.0 million. However, this is still far below the 13.8 million Canadian exports to the EU from January to August 2019. The second largest destination for Canadian iron ore exports is mainland China, accounting for 20.8 %. Shipments from Canada to China fell by 18.8% year-on-year in the first eight months of 2022 to 6.8 million tonnes from 8.4 million in January-August 2021. They were also much lower than in January 2020 Record shipments of 12.4 million tonnes to August. In third place was Japan with 3.6 million tonnes in the January-August 2022 period, down 20.6% year-on-year. Japan accounted for 11.1% of Canada’s total exports ."