The chaotic shipping schedule in 2021 has caused many traders and logistics service providers to suffer. According to Sea-intelligence, the average reliability of global schedules in 2021 is only 35.8%, which is the lowest figure on record. This compares with 78% in 2019, before COVID-19 took place. 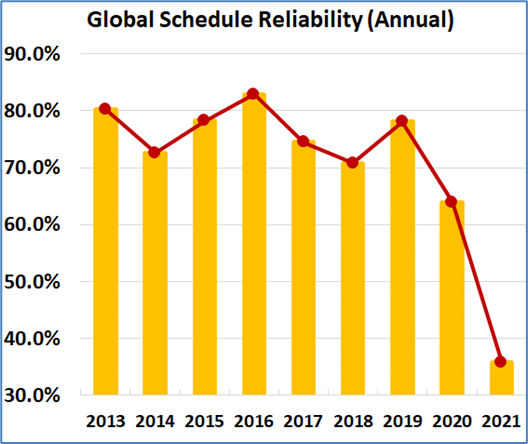 Corresponding to the plummeting ship schedule reliability is the skyrocketing average ship delay days. Since 2016, when the average delay days for late arrivals reached a low of 3.19 days, the number of delay days has risen year after year, rising to 6.86 days by the worst year, 2021. 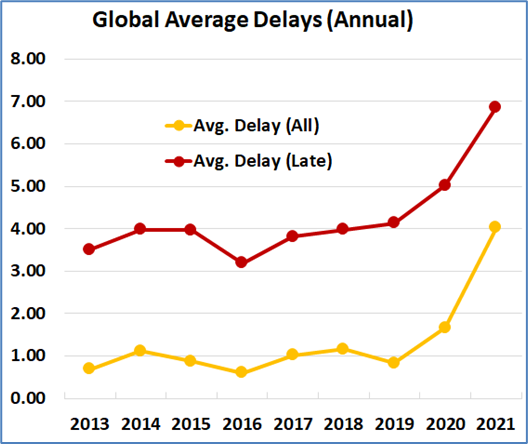 So against the background of generally low reliability of shipping schedules, which shipping company is relatively more reliable?

The following is the Top14 of Global Schedule Reliability in 2021 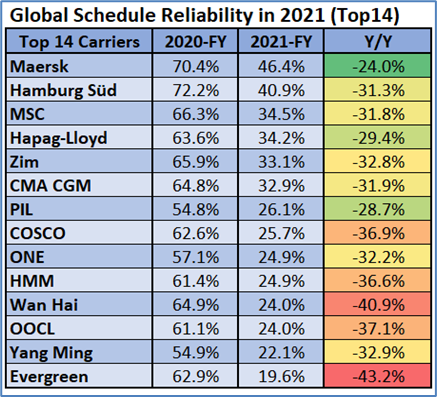 In terms of delays, all six trade routes follow the same general trend. 2021 sees the largest increase in average delays for LATE vessels on the Asia-North America West Coast, with delays of more than 12 days, while Asia-North Europe follows closely behind with more than 8 days. 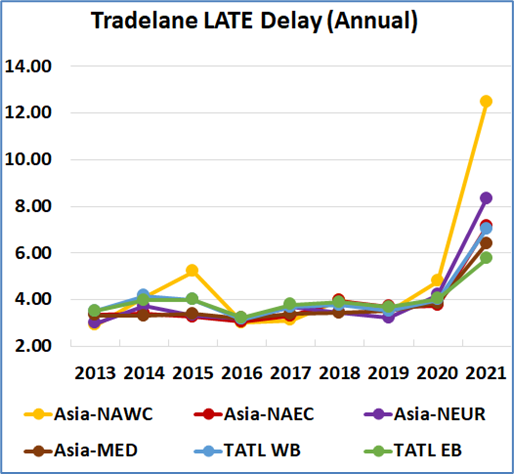