The U.S. Federal Maritime Commission (FMC) announced on its official website on October 7 that it proposed a new rule for the most controversial Demurrage and Detention (D&D), "with the aim of enabling liner companies, non-vessel carriers and terminal operators to Increase transparency and accuracy when charging this fee.”

Under the proposed new rules, liner companies, NVOCCs and terminal operators will only issue D&D invoices to parties with whom they have a contractual relationship, specifying the nature of the fees. At the same time, the content of the invoice must comply with the requirements in the Ocean Shipping Reform Act of 2022, and the invoice must be issued within 30 days after the accrual of fees stops, and at the same time provide a 30-day dispute resolution time, and provide clear information on how to resolve the dispute.

The FMC also emphasized that it will further define the prohibited practices in the fee, clarify which parties may be required to pay D&D, and establish billing practices that must be followed.

The details of the regulation will be published on the Federal Register next week, and interested parties can submit relevant comments and suggestions to the FMC within 60 days.

The new rules mean that liner companies, NVOCCs and terminal operators will face stricter requirements and restrictions when collecting D&D. 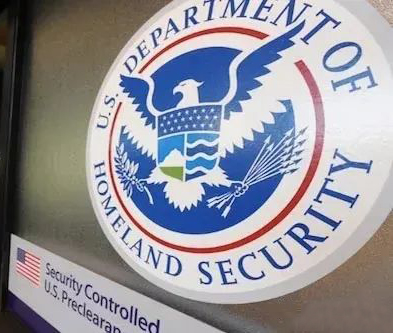 The surge in U.S. imports in the two years following the COVID-19 outbreak has led to a significant increase in D&D. According to FMC statistics, the nine largest carriers serving the U.S. container shipping market have collected a total of about $8.9 billion in D&D so far in 2020.

This has caused complaints from all walks of life in the United States about this fee, especially some trucking companies and truck drivers, who often receive D&D bills, although they do not have direct contractual relationships with liner companies, NVOCCs and terminal operators, but They also had to pay this controversial fee in order to continue serving customers.

Various disputes finally led the United States to formally pass the Ocean Shipping Reform Act of 2022 in June this year. This is the first major reform of the US container trade regulations in 24 years, and it also means that liner companies will face stricter supervision in the United States.

Daniel Maffei, chairman of the FMC, said: "The changes brought about by the new bill will benefit American shippers, and we will quickly take the necessary steps to enable shippers to enjoy the benefits of this legislation, starting with the development of export freight rules. "

However, the World Shipping Council (WSC) has clearly expressed its opposition to this bill, arguing that this move will tilt the market in favor of US shippers. If the U.S. government is to step in, it must ensure fair rights for all parties and not just the carrier, the WSC said.