Flexport Lays Off 20% of Global Workforce 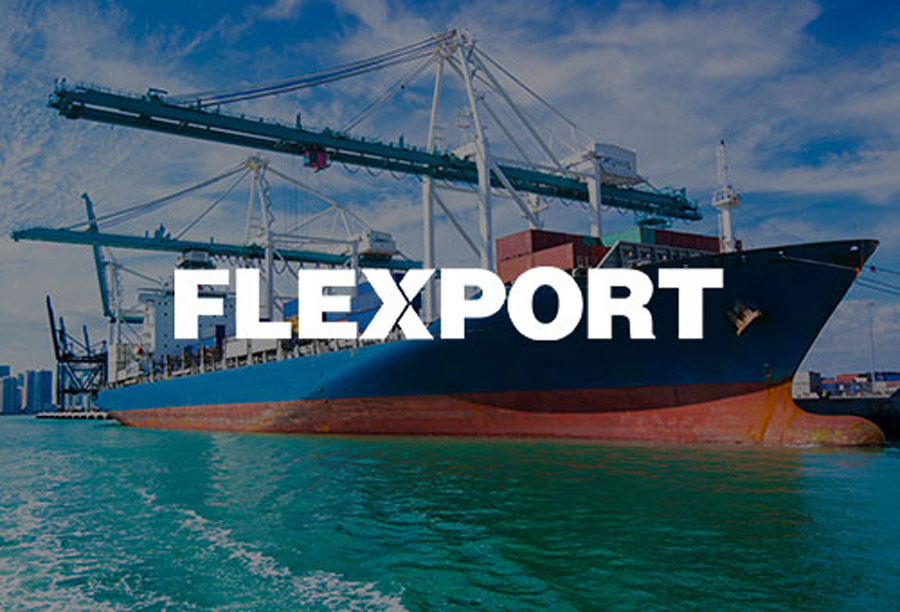 Regarding the reasons for layoffs, the company gave two reasons: the decline in cargo volume caused by the sluggish global economy, and Flexport cannot avoid this impact. In addition, new organizational and operating structures have brought greater efficiencies. As a result, many departments of the company do not need so many employees. Flexport expects 600 employees worldwide to be affected. For the affected employees, the company will provide generous departure support. For example, colleagues in the United States will receive 12 weeks of layoff compensation, a 6-month extension of medical insurance, and a bonus in 2022. Treatment letters for other countries are not listed.

However, Flexport just announced not long ago that it will recruit engineers significantly (300-500 new recruits). Today's letter also mentioned that while laying off employees, the company plans to double the number of software engineers to create better products.

At the end of the open letter, Flexport stated that it will use this period of low volume to concentrate on technology construction, so that when the economy recovers and the volume picks up, Flexport can become a one-stop service provider. Until then, companies need to be agile, fiscally responsible, and focus on operational excellence. This year marks the 10th anniversary of Flexport. From its inception, Flexport was a controversial company. There are many skeptics in the industry: Flexport calls itself a technology company, so what fundamental changes have they brought to freight? From financing, to hiring former Amazon executives as co-CEOs, to layoffs (there was also a round of layoffs in 2020), every move of the company has attracted the attention of the industry.

After reading the industry's comments on this round of layoffs on LinkedIn, most people are not surprised. The gross profit margin of Flexport in 2021 is about 20%, which is lower than that of other leading freight forwarders (DSV is 21.5%, Expeditors is 27.8%, and Kuehne + Nagel is 31.4%). In terms of net profit rate, they are also lower than other "traditional" logistics companies. The net profit rate of general freight forwarders is 3%-8%. Flexport will make a profit for the first time in 2021, with revenue of 3.3 billion US dollars, net profit of 37 million US dollars, and a net profit rate of only 1.1%. This is the most profitable year in history, whether it is for the shipping company or the freight forwarder.

Although everyone has different opinions and doubts about what kind of company Flexport will become in the future, their rapid development in the US line is a fact. In less than 10 years, Flexport has been ranked 7th from Asia to the United States, and 8th from China to the United States. How to go in the future, judging from the recent move of Flexport to hire a group of former Amazon executives, combined with Maersk just announced a new global management team structure, leading companies in various markets are actively responding, because in the next few years It's time for a tough fight.

Below is the full text of the letter: 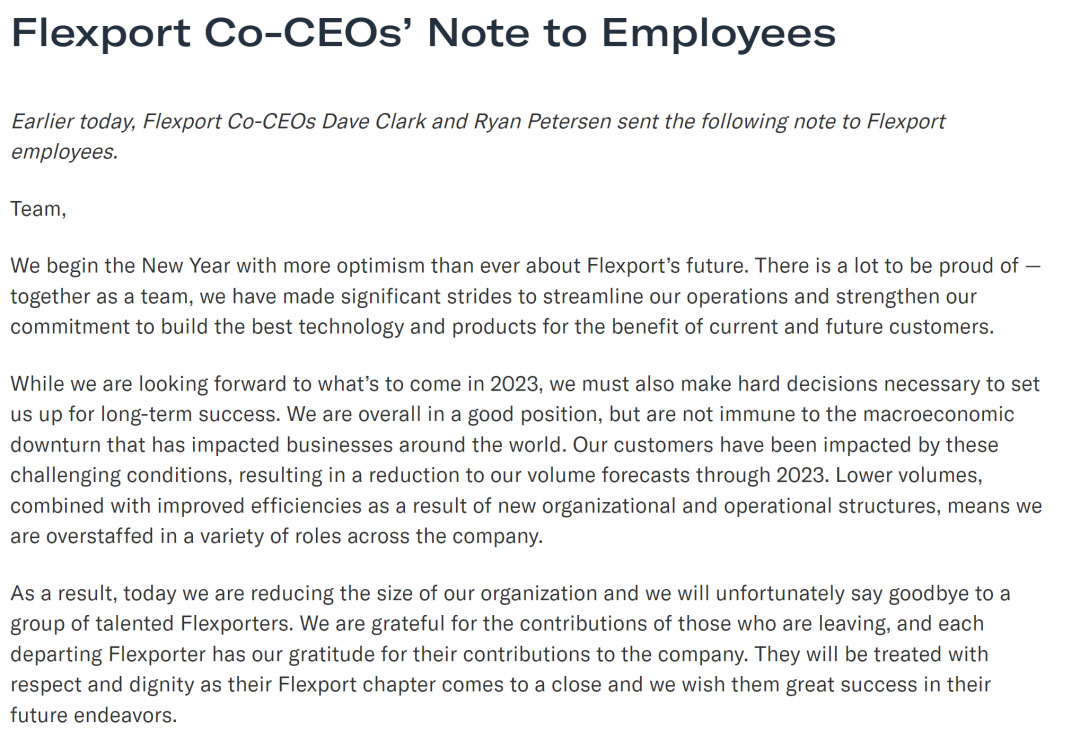