Fire in Walmart's 1.2 Million Square Foot Warehouse in The US! Goods Burned to The Ground and Delivery Vehicles Were Heavily Damaged

At noon on March 16, a fire broke out at a 1.2 million-square-foot Walmart warehouse (distribution center) at 9590 AllPoints Park Avenue near Indianapolis International Airport, sending thick smoke. The fire was fierce at the scene, and the affected warehouse area was large. Not only did the goods in the warehouse burn out, but also the distribution vehicles suffered heavy losses.

The National Oceanic and Atmospheric Administration's (NOAA) GOES-East weather satellite, located 22,000 miles above Earth, was able to detect smoke blowing north from the fire scene at the Walmart distribution center in suburban Indianapolis. According to Fox 59 News in Indianapolis, plumes of smoke were seen all over Indianapolis. 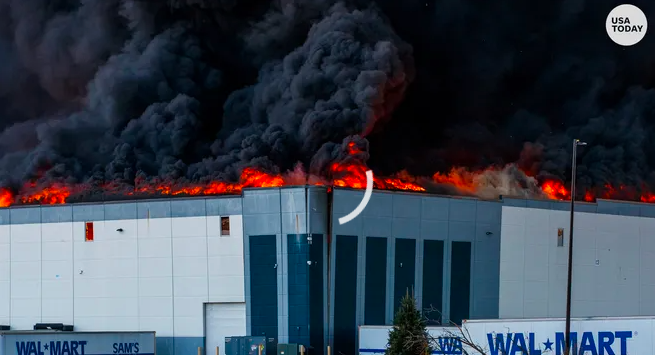 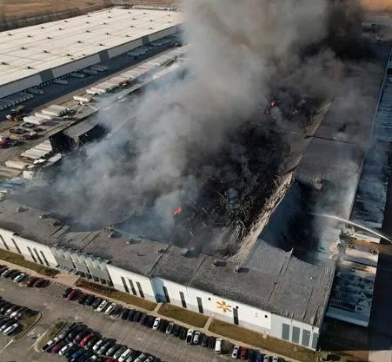 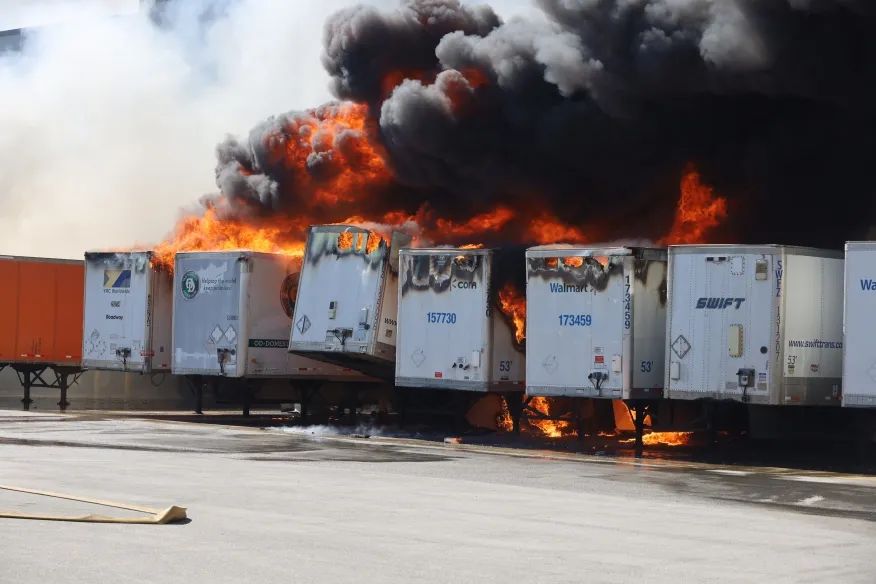 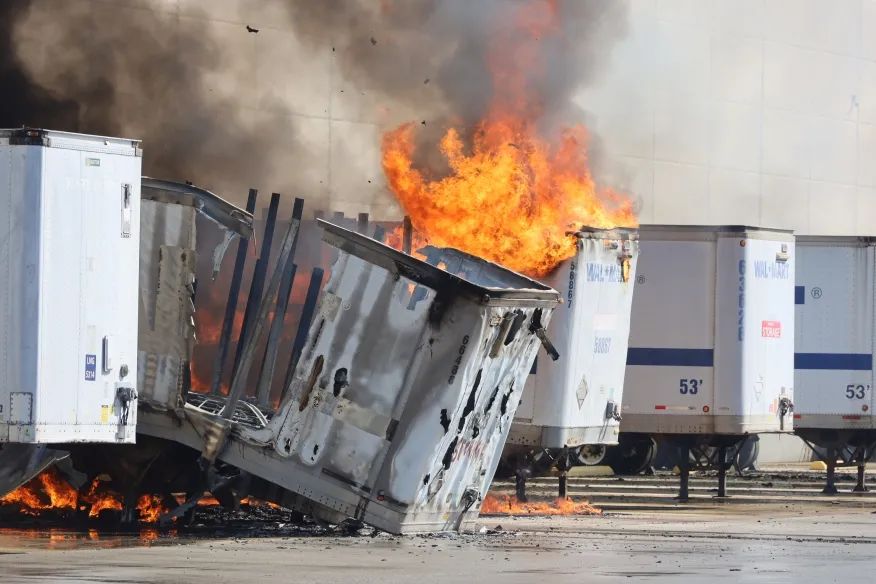 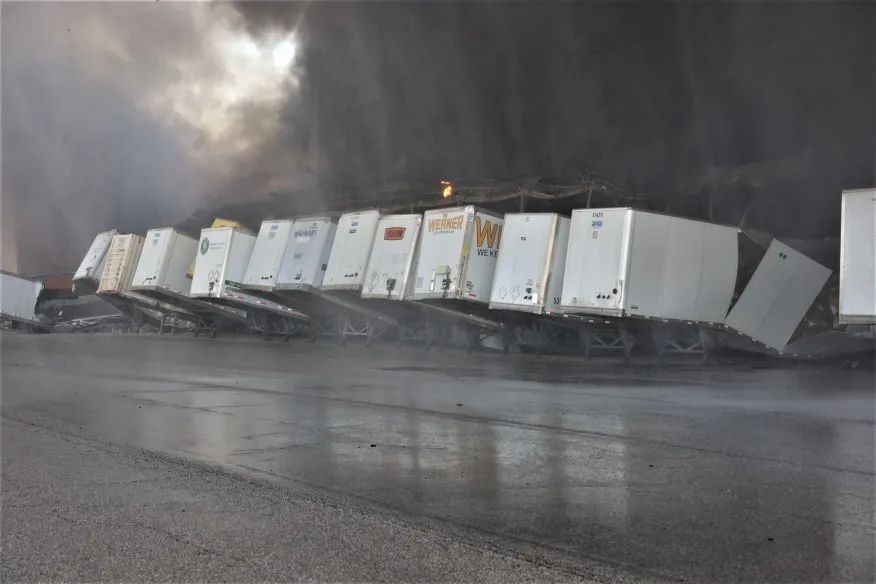 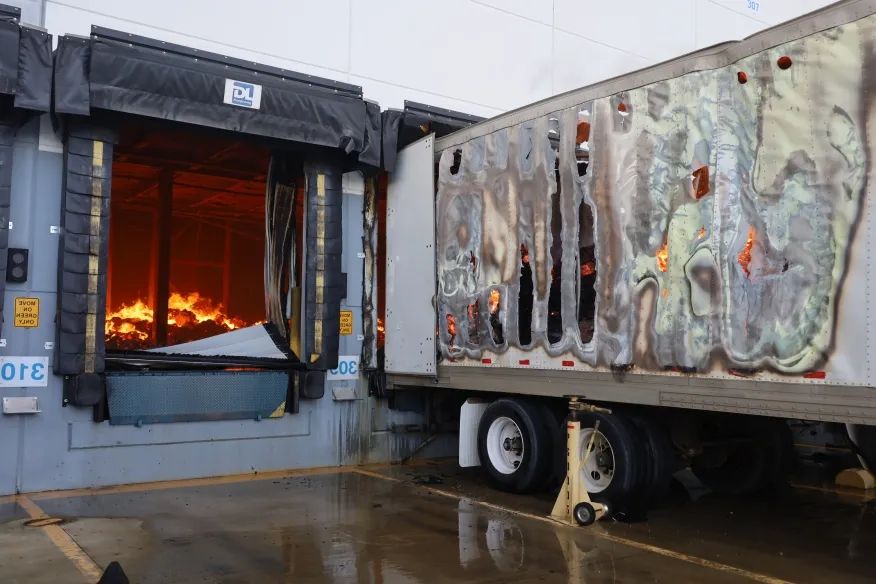 About 1,000 employees are believed to be working in the building when the fire broke out, and fire officials said no one was injured in the blaze, which began on the third-floor mezzanine of the huge building and spread quickly, catching firefighters by surprise. The cause of the fire is not yet determined. More than 100 trucks burned in a fire at a Walmart distribution center in the accident, and an investigation could take weeks.

"While working to resume operations, we have taken steps to help share the load by relying on the resiliency of our supply chain facilities and stores across the country to limit the impact on consumers," said Walmart spokesman Tyler Thomason.

Fulfillment Service (WFS) is a new Walmart program that allows sellers to store their inventory in Walmart fulfillment centers (when customers place an order on Walmart.com, WFS picks, packs, and ships items on behalf of the seller. WFS also handles all customer support and returns of these orders). The addresses of Walmart WFS logistics centers in the United States correspond to:

The fire in the Walmart warehouse is very serious, and it is judged that it should be IND1 or IND2. According to some sellers, both IND1 and IND2 have been cancelled at present. It is possible that one of them caught fire, and the other one exploded, causing the seller's shipment to be cancelled. However, some sellers confirmed that it is IND2 (real news to be confirmed). If there are sellers who have goods in stock in the Walmart IND2 warehouse and find a way to urgently replenish the goods from overseas warehouses, the recent WFS orders can only be cancelled; for sellers who plan to stock up in the WFS warehouse in the near future, they should avoid the Walmart IND2 warehouse. 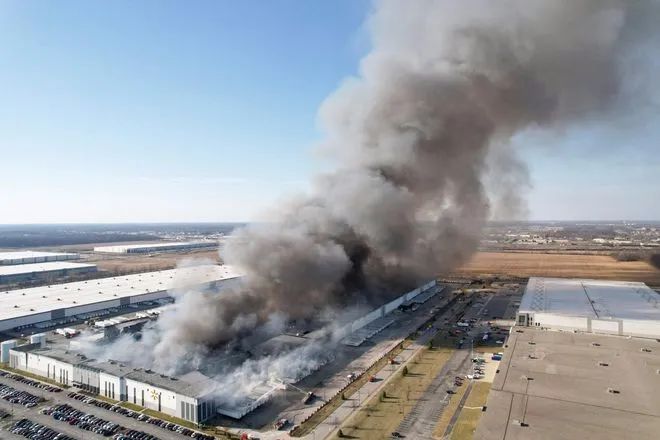 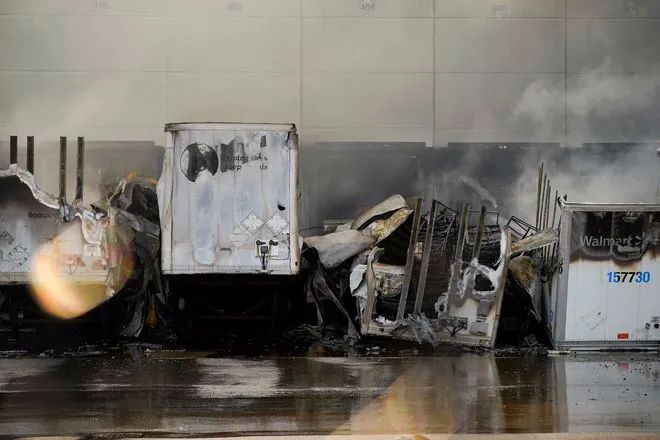 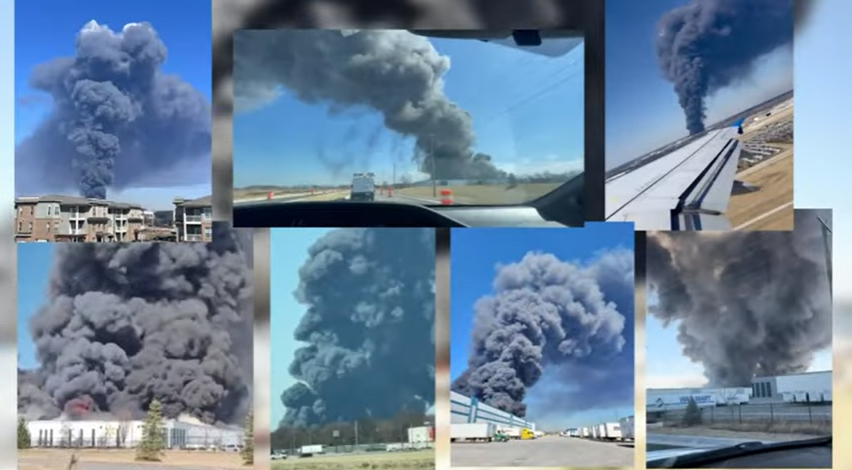 Walmart's WFS is inherently difficult to apply for and needs to wait in line. This fire is expected to make the WFS application even more difficult.

In addition, it is recommended that sellers confirm whether there is existing inventory in the IND2 warehouse. Sellers whose products are burned are compensated. Pay attention to the losses incurred this time, and prepare for claims. If the sellers are storing products that are not well sold and are ready to be sold at a reduced price, In this fire, even the destruction fee was saved and paid back directly. You will laugh in your dreams, save your energy! For the goods in transit/planned to be delivered to the IND2 warehouse, adjust the delivery and warehousing arrangements as soon as possible to avoid cost losses to the greatest extent.